A brokerage in the cloud launched in 2009 just had a major growth spurt: eXp Realty almost tripled in size in 2016, according CEO, founder and chairman Glenn Sanford in announcing the company’s annual results and fourth quarter figures.

A brokerage in the cloud launched in 2009 just had a major growth spurt: eXp Realty almost tripled in size in 2016, according CEO, founder and chairman Glenn Sanford in announcing the company’s annual results and fourth quarter figures.

The growth is a result of the increased agent count and corresponding higher revenues from eXp Realty, the company said.

eXp Realty, partially agent-owned, ended the 2016 financial year with 2,401 real estate professionals across 42 states, the District of Columbia and Alberta, Canada. On March 15, the brokerage passed the 3,000 agent mark.

Sanford said that 2016 established the Bellingham, Washington-based company as one of the largest and fastest growing brokerages in North America.

“Our strong revenue and adjusted EBITDA growth in 2016 showcases the leverage in our model which we expect to continue to be evident as we execute our overall strategy,” Sanford added.

“Driving this is our cloud-based brokerage model which creates a strong value proposition for agents and has allowed us to attract some of the top producers, as well as some of the highest ranking teams throughout the U.S. and Canada.”

One of the features of eXp Realty is a revenue-sharing program that pays agents a percentage of gross commission income earned by the agents or brokers they attract to the company.

This was primarily due to to an increase in share price during the period as well as a significant increase in non-cash stock compensation expense of $4.3 million resulting from agents joining the eXp Realty platform. 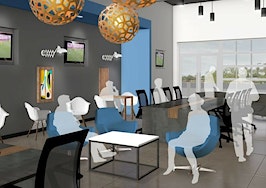