Economists have been predicting a “spring revival” since the beginning of the year thanks to hearty buyers who refuse to let low inventory keep them from finding the perfect home.

According to a recent realtor.com study, homes are flying off the market at a dizzying pace, selling eight days quicker this spring.

And NAR’s existing-home sales for March further prove the trend is true: The housing market is as robust as ever.

In March, NAR’s existing-home sales spiked 4.4 percent to a seasonally adjusted annual rate (SAAR) of 5.71 million — up from a downwardly revised 5.47 million in February.

This month’s sales pace is 5.9 percentage points above March 2015 and is the fastest SAAR sales pace since February 2007.

The Northeast, South and Midwest experienced strong growth, while the West took a small hit. Distressed sales were at 6 percent, a 1 percentage point decrease from February. 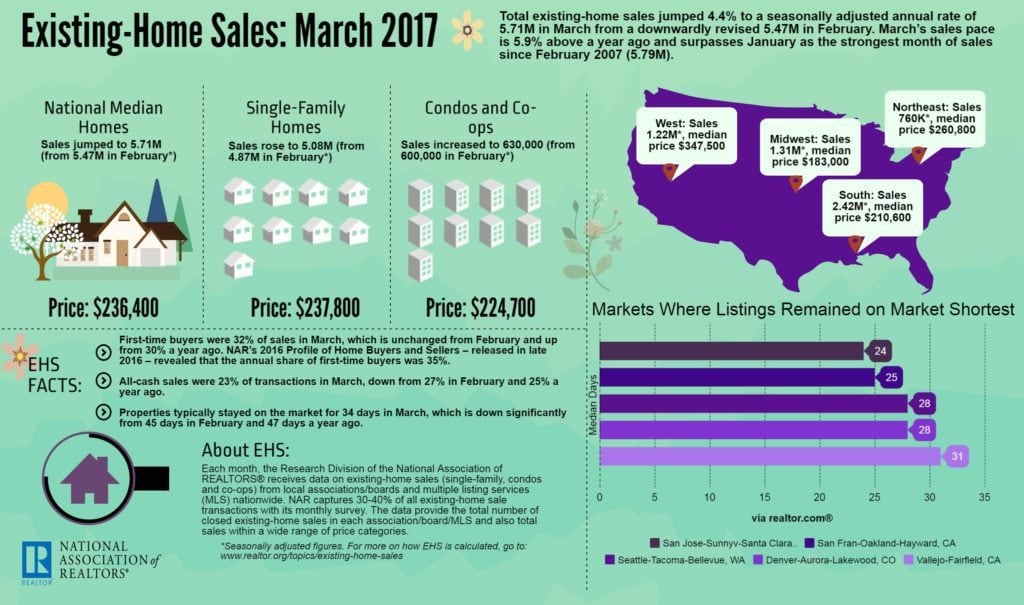 The median existing-home price for all housing types in March rose 6.8 percentage points to $236,400, which marks the 61st consecutive month of year-over-year gains.

Total housing inventory experienced a boost as well, with a 5.8 percentage point jump to 1.83 million homes for sale — a much-needed jump from the rock bottom levels experienced in the last few months.

Despite the strong numbers, inventory is still 6.6 percentage points below March 2016 and is the 22nd consecutive month of year-over-year declines. Unsold inventory is at an unchanged 3.8-month supply.

“The early returns so far this spring buying season look very promising as a rising number of households dipped their toes into the market and were successfully able to close on a home last month,” said NAR Chief Economist Lawrence Yun in a press release.

“Although finding available properties to buy continues to be a strenuous task for many buyers, there was enough of a monthly increase in listings in March for sales to muster a strong gain. Sales will go up as long as inventory does.

“Bolstered by strong consumer confidence and underlying demand, home sales are up convincingly from a year ago nationally and in all four major regions despite the fact that buying a home has gotten more expensive over the past year,” he added. 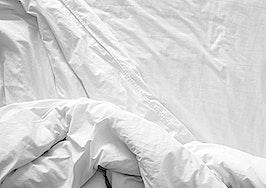 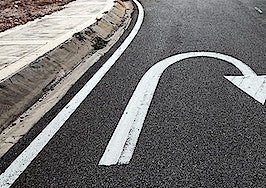