“Mortgage rates in April dipped back to their lowest level since November of last year, spurring home-buying activity,” said Frank Nothaft, Chief Economist at CoreLogic. “In some metro areas, there has been a bidding frenzy as multiple contracts are placed on a single home. This has led home-price growth to outpace rent gains. Nationally, home prices were up 6.9 percent over the last year, while rent growth for single-family rental homes recorded a 3 percent rise through April, according to the CoreLogic Single-Family Rental Index.” 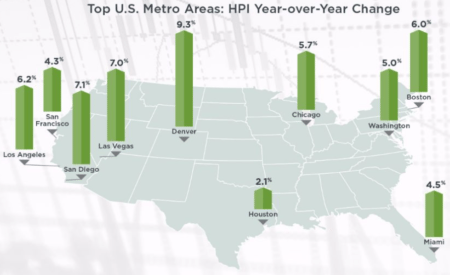 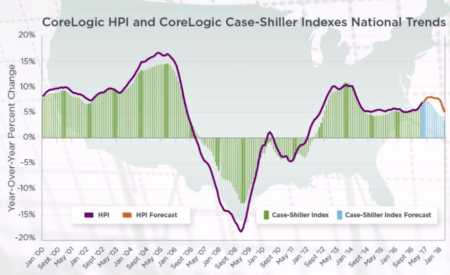 “Overall, first lien mortgage originations fell by 34 percent in the first quarter of 2017,” said Black Knight Data & Analytics Executive Vice President Ben Graboske. “As expected, the decline was most pronounced in the refinance market, which saw a 45 percent decline from Q4 2016 and were down 20 percent from last year.”