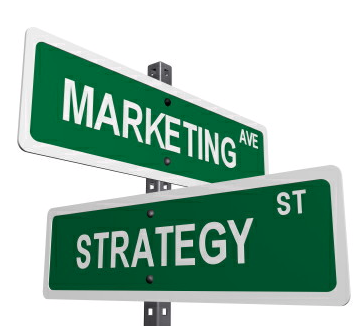 However, this year, a lot of big names like Pepsi are scaling way back and spending more of their money and time on social media.

Pepsi has started a social-media campaign to promote its ‘Pepsi Refresh’ initiative. Pepsi plans to give away $20M in grant money to fund projects in six categories: health, arts and culture, food and shelter, the planet, neighborhoods and education.  “This is such a fundamental change from anything we’ve done in the past,” says Lauren Hobart, chief marketing officer for Pepsi-Cola North America Beverages. “… The plan is to have much more two-way dialogue with our customers.”

How does this apply to Realtors?

1.    You don’t have to spend a lot of money to get a lot of buzz. In the past if you wanted to brand yourself you’d spend a lot of money on glossy magazines, park benches, and even worse – grocery carts. These days all you need is time and a plan. Within minutes you can create a Facebook page, a Twitter account and a LinkedIn account. With that you are armed to build your brand. You know those agents who put together detailed spreadsheets and calendars outlining their farming or SOI strategy? That’s the type of detail I’m talking about. To create a lot of buzz you have to get serious about your social media plan.

2.    Get creative. I love that some of the super bowl ads are getting super creative with social media – like Monster.com’s campaign. Having a 2-way dialog is key – asking for opinions, launching a contest, or creating a fundraiser. How can you RALLY your fans and start the dialog? If you are on Twitter create your own unique hashtag – for the 1st time the Super Bowl will have its own official hashtag #SB44. What could yours be?  How about #SoCalRE or #CARealEstate? Make sure you save that hashtag in your search. Respond to everyone who uses that hashtag twice a day – pretty soon the conversation will be rolling!

3.    Pick a few things and do them really, really well. With so many social media options, a lot of Realtors get overwhelmed.  If you’re going to do Facebook or Twitter – be a rock star at them. Post multiple times daily, post great content, be engaging – and treat it as seriously as if you were paying thousands of dollars for it! If you missed my post last week about Facebook, check it out here to see what you must be doing as a Realtor to be successful.

For those of you still wondering the effectiveness of social media, Alterian SM2 has been tracking the Super Bowl advertisers since early December. It has just released the latest version of its social media analysis and the findings are pretty interesting.

p.s. Looking to see some of those “banned” Super Bowl ads? Look no further!