Candy Evans is one of the nation’s leading real estate reporters, bloggers and consultants. She writes for AOL’s Housing Watch, Joel Kotkin’s The New Geography, and is now a guest blogger for Future of Real Estate Marketing (FOREM).  She’ll soon be writing for Move.com.  Candy holds a masters degree in journalism from Columbia University Graduate School of Journalism and has been a published writer for more than 25 years. She was a longtime contributing editor to Dallas’ D Magazine and sister pubs, and in 2007 founded the wildly successful Dallas real estate blog, DallasDirt, where she broke the news on where former president George W. Bush bought his Dallas home in 2008. She is the founder and creator of SecondShelters.com.

Whoa there, bet you read that headline twice. 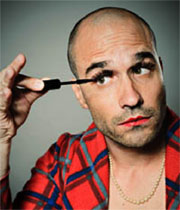 As a journalist and real estate editor, I created a blog for our local city magazine’s web site with ZERO MARKETING DOLLARS.  No ads, no billboards, just an occasional link from one of the other blogs, IF I was lucky. Thus I had to learn how to write salaciously, weave in the real estate information with zippy headlines and topics, even some scandal, if possible.

In other words, I had to sell a blog like a newspaper or magazine: great content, catchy heads.

And yet, we have to pay homage to the Search Engine Gods and load SEO into as many graphs as possible, which can sometimes make for boring writing.

That’s where being an old-fashioned wordsmith comes in handy, handier, perhaps, than all the high tech gadgets in the world.

How do you do it?

How do you keep your blog posts exciting?