Hello FOREM fans! It’s great to be back at work after taking time off for maternity leave. I wanted to take a moment and thank all of our guest bloggers we have had these past few months. They have done an outstanding job of providing fresh and unique content. Stay tuned – we have a few more guest bloggers throughout the month of December.

Although I was on leave, I couldn’t quite turn the “off button” off. I was still very active on Facebook and Twitter, but more on a personal level – catching up with old friends and colleagues, and watching from afar (a.k.a. “the bleachers”) what a lot of companies and brands were doing in their social media space. 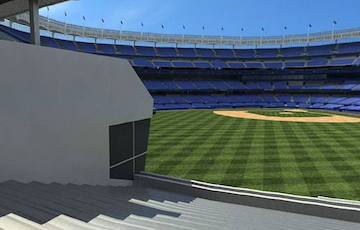 It was actually quite refreshing to have a little distance. Sometimes in this business it’s so easy to get caught up in the day to day that we lose a little perspective.

As I reflect back on my time away, I’d like to share a few take-aways that I was reminded about in regards to social media.

1. Authenticity is everything. Being real and being yourself is everything in the social media world. When I say authentic I mean – you have to be REAL. No B.S. – just completely real with people. When you are real and honest and let the TRUE you shine through – you will really reap the rewards of social media. When you insert your heart and your opinion into your posts and comments you will definitely reap the rewards.

2. Facebook Lists – I should have done that a long time ago. Once I was on leave, I took the time to organize all of my Facebook friends and pages into lists. I know, I had some extra time on my hands – but it was time definitely well spent. Many times I would log onto Facebook for a couple minutes only to be frustrated that I had to scroll past tons of pages to get to people I care about. I found by creating lists like: Family, College Friends, High School Friends, Colleagues, Real Estate, etc – it makes it so easy to click on that list and instantly catch up on that specific group of people. I also love being able to post a status update and only make it accessible to certain lists.

3. Facebook Groups – an old but new idea. This is a new feature Facebook rolled out a few months ago but I really like it a lot. If you ever were involved in any Yahoo Groups, the concept is very similar. Choose people to be in your group and then you can post messages and photos to that group on the message board. The best part about the group is that it is within Facebook. So for example, I have a family group on Facebook where I could post info, pictures etc and just the people in that group will see it. As a real estate broker, I could see a lot of advantages to this – you could create a group with other agents in your office or like-minded clients, or other groups you may want to organize like people looking for foreclosures or 1st time home-buyers.

4. Twitter really does rock. I’ve always enjoyed Twitter for a number of reasons, but being on leave, I fell in love with it all over again. I love that limiting what I can say to only 140 characters makes me a better writer. I love the opportunity to meet and connect with like-minded people literally all over the world. Every time I think I’ve connected with everyone I could connect with – I meet some other smart and interesting person!

Being on Twitter is like having your own personal news stream – because you have chosen to follow people you feel would be beneficial to you. I recently re-discovered paper.li which turns your Twitter stream into a virtual newspapers. One thing I love about paper.li is you can follow a hashtag like #realestate or #foreclosures or #nyc and turn it into a virtual newspaper. How cool would it be for a Realtor to create their own “newspaper” with a hashtag relevant to their market and then email it out to their clients?!

5. Most companies or brands aren’t posting often enough and they are missing me! (the consumer!) Before I went on leave I thought I was doing a pretty good job of posting frequently on Twitter and Facebook for Inman News. Now, I don’t think I was posting enough. I thought if I posted every 30 minutes to an hour that would be enough – I didn’t want to annoy people! But then I started acting like a consumer.

I wasn’t spending all day on Facebook or Twitter anymore and realized I was only looking at the last 5-10 minutes of my stream and then I’d move onto something else. Do you ever notice how often Guy Kawasaki posts on Twitter? Everytime I log onto Twitter, one of his posts are in my stream – EVERY TIME! Why? He knows that in order to catch the most fish, he needs to be fishing all the time.

He also repeats his posts which I’ve been doing for sometime now. Some people frown upon this – but I still really believe there is a way to repeat posts and not annoy people. Generally repeating a tweet 3-5 times over the course of a couple days is what I’d recommend – and at different times.

It’s amazing what a little perspective will do!

Would love your feedback, leave me a comment below!

P.S. If you aren’t following me yet on the FOREM Facebook Page, I’d like to invite you to join!