Have you ever thought about what you do if you came into a million dollars? How about $10 million? $100 million?

Luxury yachts. Private islands. An endless array of staff to wait on you hand and foot. I think I could get used to that!

If you think a $100 million is a lot of money to acquire – think about someone who spends over $200 million on a SINGLE real estate purchase. 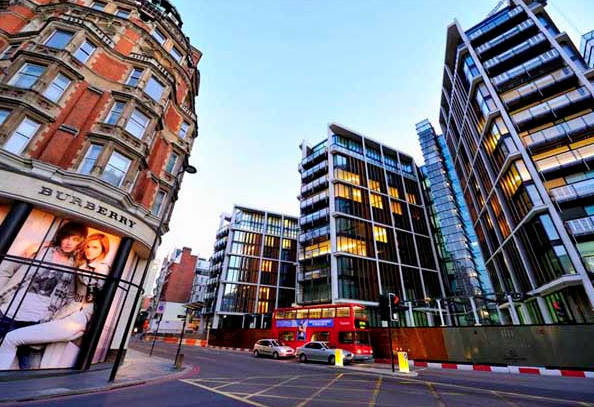 Think it hasn’t happened in this economy? Think the economy is still in the tank?

According to The Telegraph,

“The buyer of “Flat a” at the One Hyde Park development is understood to be a Ukrainian who purchased the penthouse in cash in 2007. The complex, built by a development group led by the Candy brothers, the upmarket property investors, has become the most expensive residential development with almost £1bn of sales transacted across 45 apartments. The scheme finished in January and almost all the apartments have been bought through offshore trusts.”

The kicker? This $200+ million home purchase was an unfurnished apartment in London. Let me explain what I mean by unfurnished: bare walls and no amenities. Headed to the loo? Better bring your own toilet!

The home sold for 135.4 million pounds which equates to approximately $221 million. The new happy homeowner, Ukraine’s richest man, Rinat Akhmetov, is reportedly going to be spending up to 60 million pounds on interior work. Akhmetov is a miner’s son and the 148th richest man in the world.

This is the most expensive residential property sold in the UK. Too bad this flat isn’t available for The Royal Wedding on April 29th. Although, I doubt Prince William and Kate Middleton would trade Westminster Abbey for Hyde Park.

Hyde Park definitely attracts the rich and famous, singer Kylie Minogue purchased an apartment in the same building – hers was only $25 million. Wonder if her apartment included a toilet? :)

Here’s a pretty incredible video of One Hyde Park being built – five years of construction in one minute:

What do you think of this purchase? I’d love to get your feedback – leave me a comment below!