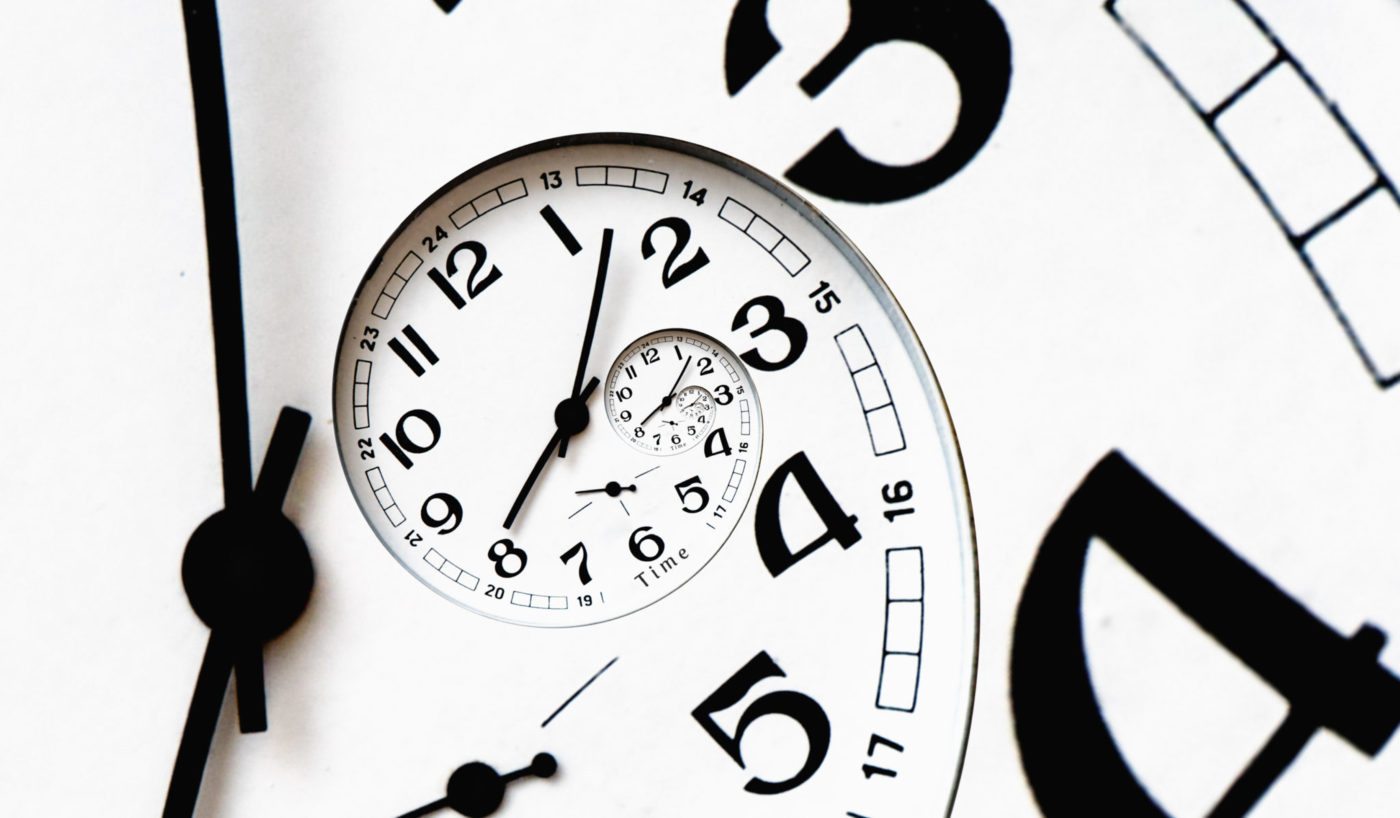 by Louis Cammarosano |
You successfully shared the article.
Close

The recovery that started in 2009 and never really progressed has reversed.

The recovery is over.

The current recovery was artificially born in 2009 from the ashes of the Panic of ’08 with The Federal Reserve’s quantitative easing (QE) program that involved printing money out of thin air to buy U.S. Treasurys and mortgage-backed securities (MBS’s) from the Too Big Too Fail Banks.

The recovery was kept alive with three full doses of QE and then a supplemental boost of the third dose in September 2012. The recovery ended in May with talk of cutting the dosage when the Fed began its taper talk and interest rates began to rise.

The recovery never had a chance.

The economy was never allowed to recover on its own; instead it was subject to officious government/Fed intermeddling with the Troubled Assets Relief Program (TARP) and a series of doses of QE.

Yet the economic recovery cheerleaders insisted/pleaded all along we had a real recovery, not recognizing that if a patient goes from “critical condition” to “serious” and stays there for years, he is not recovering.

From heroin to placebo

Realists like Federal Reserve Chairman Ben Bernanke and post-Keynesian New York Times columnist Paul Krugman know the economy is weak. Earlier this summer, Bernanke in a moment of honest lucidity admitted the economy was weak and would “tank” if interest rates went higher.

This was a stunning admission for someone who instituted a multiyear, multitrillion-dollar program to “fix” the economy. He admitted that his experiment hadn’t worked and that if rates rose as the program ended, the economy would tank. In this testimony, Bernanke indicated that he wanted to keep rates low so the economy would not tank but no longer wanted to use QE purchases to do so; he would just keep the Fed funds rate low. He wanted the nonexistent/limited benefits of near zero interest rates but didn’t want to have to print money to pay for those negligible benefits!

Krugman also insists that the economy is weak. The reason? The stimulus should have been three times stronger. Given the abject failure of TARP and QE, most rational people might be reminded of the adage, “No one ever woke up wishing they had three more drinks the night before.”

A view advocating more spending is not surprising coming from Krugman who also touted the “economic good” that might come from the Sept. 11, 2001, attacks, and argued that the economy would benefit from an alien invasion.

This type of misguided thinking that war, vandalism and natural disasters are good for the economy has been around for ages (and sometimes helps its adherents win Nobel prizes) and was refuted by Frederic Bastiat in the 19th century in “That Which Is Seen and That Which Is Not Seen: The Unintended Consequences of Government Spending” and again by Henry Hazlitt in the 20th century in “Economics in One Lesson: The Shortest and Surest Way to Understand Basic Economics.” Bastiat and Hazlitt make the very sensible argument that destroying property and goods and rebuilding/replacing them (often with tax receipts, borrowed or printed money) is less than a zero-sum endeavor.

To the extent there ever was a recovery, it’s been characterized by stock and real estate market gains fueled by low interest rates made possible by the Fed purchasing trillions of dollars of mortgage-backed securities and U.S. Treasurys with money created out of thin air.

These markets have been held up temporarily backed only by QE. Housing has already started its descent with mortgage applications falling precipitously. The stock market is next.

Even the mini housing bubblet, which has been touted as evidence of the “recovery,” has its dark side. The Fed’s chosen methodology of driving interest rates down to drive home prices up to help the economy recover from the Great Recession is at odds with two long-standing government objectives: increasing the homeownership rate and making homes affordable. While the Fed may claim some success in getting home prices to rise, home affordability is declining along with the homeownership rate, which is now at an 18-year low.

The notion of manipulating interest rates by printing money in order to get people to move in an out of ever more expensive houses to drive economic growth is up there with other crackpot economic ideas like wishing for alien invasions and advocating government “shovel ready” make-work programs like digging ditches and filling them back up.

The real economy measured by production, job and wage growth has been almost nonexistent. Many believed and took solace in the false signals of declining initial jobless claims as an indication of job growth. The actual nonfarm payroll job numbers show this belief to be an incorrect yet persistently held correlation. For more on this, click here.

Job growth during the recovery has been weak even though the unemployment rate has dropped. The declining unemployment rate has been more of a function of fewer people in the labor force than of robust job growth. Indeed, job growth has been tepid and mostly in part-time employment. The most recent nonfarm payroll job report nails this home. It showed that in the past three months few jobs were created and those that were created were mostly part-time and in the retail and restaurant sectors. The latest report also deducted 74,000 jobs from prior estimates for June and July.

Wages during the recovery have declined and the U.S. labor force participation rate is now at its lowest since Aug 1978 at 63.2 percent. The rate was 66.1 percent in 2008.

Fewer people with jobs means fewer people who can buy houses. So even if getting people to buy houses is an economic panacea, it wont happen with higher-priced homes, higher interest rates and fewer people working making less money.

Who could have seen this coming?

In June we predicted the housing supply/demand imbalance would reverse, and in August we questioned whether the housing recovery could continue.

After spending trillions on QE with little to show for it other than stock market gains and a mini real estate bubblet that is now bursting, one might conclude that QE was nothing more than a $3 trillion extension of the bailonomics program that began with TARP.

Economic recovery addicts in denial take comfort in recent reports that show home prices still going up. This rearview mirror outlook is akin to a passenger on a plane with two engines out wondering what the fuss is because the plane is still aloft.

As the economy enters the fall in a weakened state it faces major challenges that might bring down a much stronger economy.

In the current state of the economy any one of the following would stop the economy in its tracks:

Since the Fed started chattering about tapering QE, interest rates have skyrocketed. Interest rates matter, as they raise the cost of borrowing for homes, cars and government deficit spending.

Rates are not headed higher because the economy is improving. They are headed higher solely because the Fed is talking about slowing its purchases of U.S. Treasurys and MBS. Since the Fed buys anywhere from 60-90 percent of all new Treasury issuances, their withdrawal from the bond market will mean less demand and therefore higher yields.

The Fed seems to have lost control of interest rates, as it is still buying $85 billion a month of Treasury bonds and MBS, but the yield on the 10-year note is still rising and is now up to nearly 3 percent from 1.63 percent on May 2. Did the economy really improve that much to warrant a spike in rates? Of course not — it’s all down to the Fed threatening not to backstop Treasurys by printing money to buy them.

The uncertainty over military action in Syria will weigh on the economy, interest rates and the dollar. If the administration decides to engage in Syria, how much will it cost? How long will it last? How will any action be paid for?

If the administration decides no on military action based on congressional rebuke or otherwise, what impact will it have on the perception of the United States as world leader. What impact might that have on the U.S. dollar, as the dollar is the world’s reserve currency, not backed by gold but by agreement backed by military might? Any perceived U.S. weakness would impact the value of the dollar. A weaker dollar raises the cost of consumer goods.

High oil prices have been a drag on the economy for the past few years as the price per barrel has consistently been over $100 and is currently over $107. Higher oil prices impact the cost of finished goods and eat up a larger portion of household budgets putting a cap on spending. Increased tension or an outbreak in hostilities in the Middle East (Egypt, Syria) will drive oil prices higher.

We have written at length about how student loan debt and unemployment are already holding back the economy. The plight of the millennials has not improved since this article was written in April this year.

Young people are generally at the forefront of helping drive economic revivals. This time it seems many have been induced to go back to school and are taking on more debt while waiting for the economy to turn around.

Inflation is real, irrespective of what the Consumer Price Index (CPI) says. The cost of food, gas, homes and cars are significantly higher than when the recovery began, yet people are making less money.

The Kenyesian self-congratulating that inflation never materialized and needs to be higher is incorrect and misguided.

When fewer people are working and making less money, we need lower prices not higher prices.

The U.S. debt ceiling will be reached again sometime next month. Back in October 2011 the U.S. had its debt downgraded by S&P due to the inconclusive budget wrangling that led to the sequester.

Things are no less contentious this time around with military expenditures for Syria and defunding of Obamacare added to the deficit discussion mix. Inconclusive budget talks or a U.S. default could lead to another debt downgrade and push interest rates even higher.

The Affordable Health Care Act is set to start implementation in January 2014. Strong evidence exists that companies have been reacting to this by not hiring full-time workers or converting some of their work forces to part-time and dropping spousal insurance coverages.

The implementation of Obamacare comes at a time when the labor market is already weak and will probably have the effect of weakening it further.

In addition, insurance premiums are rising. With rising costs of insurance, food and energy, there is less money available to pay for higher-priced homes funded by higher interest rates.

What’s left of the recovery?

The Fed’s monetary policy of QE envisioned that rising stock and home prices driven by lower interest rates would create a wealth effect that would spur economic growth. They spent $3 trillion making this “wealth effect” happen. We have seen that such a strategy did not result in any meaningful long-term productive capacity, or employment or wage growth.

Once the QE support is removed, home prices and stock prices will head lower and the “recovery” will be officially over. Sadly, once that happens we will have nothing remaining from the outlay of trillions of dollars, not even the illusion of a recovery.

The End of the Recovery

Why the End of QE May Be Bad For the Dollar

Smaulgld.com series on the Fed’s Exit Strategy — how the Fed might react to declining asset values and a stagnant economy.