Here’s a loaded question for condominium association boards and the real estate professionals who list and sell condominium units across the country: Is having access to an FHA loan a civil right?

But here’s a slightly different version that has homeowner association legal experts more than a little concerned: Does that same consumer have the right to expect that a condo association’s board has at least given formal consideration to seeking certification from FHA in order to qualify prospective buyers for mortgage financing of individual units?

Could a buyer file a complaint on civil rights grounds against the association for not examining the pros and cons of accepting buyers who want to use low down payment FHA mortgages? After all, FHA loans play a unique role in helping minority consumers attain their goal of homeownership.

In 2012, according to the Mortgage Bankers Association, 51 percent of African-American purchasers used FHA financing to buy a home, as did 50 percent of Hispanics. Take away that resource and you essentially cut off a large proportion of minorities from the ability to buy into your neighborhood — or your condo project.

More to the practical legal point: When condo boards do not consider seeking certification for FHA financing, do they open themselves up to civil rights claims, not just by racial or ethnic minorities but by other protected classes of citizens under the Fair Housing Act?

Worse yet, do they become vulnerable to “disparate impact” charges?

Disparate impact is the controversial theory that has been aggressively pursued by the Obama administration and has produced multimillion-dollar settlements from mortgage companies. Disparate impact does not require discriminatory intent, only a disproportionately negative effect of a policy or activity.

In the FHA context, a condo association wouldn’t have to intentionally seek to limit or exclude minorities from their development; all they need to do is adopt a policy that in effect removes financing opportunities disproportionately from minority buyers.

A case in Ohio that was recently concluded by the Ohio Civil Rights Commission has prompted a sudden rash of questions about all this, and has stirred up debate among lawyers who represent community associations, condo management firms and boards of directors.

The case involved a single mother with one child who signed a purchase contract last year for a unit in the Spring Creek Condo Association in Lewis Center, Ohio. She applied for FHA financing and was preapproved for a loan. But the condo association’s management company informed the woman’s realty agent that FHA financing was not acceptable since the board had allowed its previous certification to lapse three years ago.

FHA does not permit financing of individual units unless the entire project meets its certification standards. Many condo boards have found the certification requirements, which were toughened several years ago, onerous and costly and have not sought to apply.

The buyer asked the Spring Creek board to pursue certification and even offered — along with her lender — to pay the estimated $1,000 fee needed to reinstate the lapsed FHA certification. The board refused and stopped returning calls from the buyer’s Realtor.

The buyer then filed a complaint with the Civil Rights Commission alleging discriminatory intent on the part of the association’s board. Though the charge focused on “familial status” grounds — a single mother with a child — it could easily have been based on other forms of alleged discrimination. It’s no secret in the condominium world that some associations have not sought certification by FHA because they don’t want “FHA-type” people to apply to purchase units.

In a blog, one California attorney, Adrian Adams of Adams Kessler PLC, noted that associations may have purely economic trepidations about FHA buyers. They may be perceived as “financially weaker” than people who use conventional loans, and they may be “less able to handle special assessments and dues increases.” As a result, they may be seen as “more likely to become delinquent and slide into foreclosure. This would have a negative effect on property values and the association’s budget.”

After a six-month investigation, the Ohio Civil Rights Commission concluded that there was not sufficient evidence that the Spring Creek condo board intentionally sought to discriminate against the FHA buyer. But it noted that she could still file a civil action in federal district court under Title VIII of the Fair Housing Act.

In an interview, the commission’s top housing enforcement official, Ronnell Tomlinson, told me that given FHA’s singular importance to minorities and other purchasers, “we need to start looking at” subtle discrimination by condo associations in this area. “We need to understand what’s going on,” he said.

Could there be more such cases, given the fact that thousands of condo associations, by FHA’s own estimates, have declined to seek certification under the agency’s more rigorous recent standards? You bet. The very thought of fair housing or disparate impact litigation on this issue “makes me nervous,” says attorney Adams.

Andrew Fortin, an attorney and senior vice president at Associa, the country’s largest association management company, told me that given recent developments in fair lending, “We think it’s a prudent move (for associations) to look at and weigh whether to pursue FHA certification.”

That doesn’t mean that after consideration of the pros and cons, associations must opt for certification — FHA rules create legitimate problems for some condos on insurance issues, reserves, rental units and board member liability, among others.

“But they need to be able to show some formal decision by the board,” documented in the minutes, that indicate when and for what substantive business reasons the board chose not to pursue certification.

Anything less could open them up to fair housing litigation — not only from purchasers outside the association, but from unit owners inside the condo who find that their ability to sell, or even obtain a reverse mortgage for themselves, has been impaired by the board’s unwillingness to consider applying to FHA.

The next case of this type may not be filed at the state level, but go directly to the federal level, where the Department of Housing and Urban Development and the Department of Justice could take a much harsher view of a condo board’s actions than did the state of Ohio. 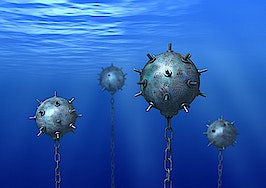 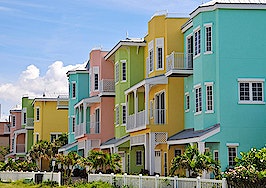 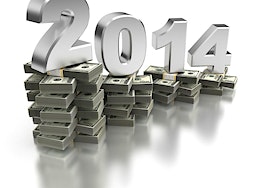 FHA: The incredible, shrinking mortgage resource
Back to top
Keep up-to-date on tools and tactics to impress your clients and outshine your competition with the 2022 virtual bundle.Register Now×
Agent Appreciation Sale: Inman Select for only $85.CLAIM OFFER×
Inmanpot
Log in
If you created your account with Google or Facebook
Don't have an account?
Create an Account
Forgot your password?
No Problem