Ed Gilland, a real estate agent in Southern California, was looking for a new way to generate seller leads when an acquaintance told him about SuccessorsData.com.

SuccessorsData.com, which launched in July as ObituaryLeads.com, helps real estate agents and investors connect with the heirs and beneficiaries who must decide what to do with a home upon the death of one of its former owners.

Gilland says he’s been using the service for three months and has been surprised at the quality of leads he has received.

So far, he hasn’t nabbed any clients, but he’s getting phone calls, and the potential home sellers on the other end of the line are in the beginning stages of selling. He’s currently in contact with four or five potential sellers that SuccessorsData.com clued him into who are looking to sell after the holidays, he said.

SuccessorsData.com joins the plethora of other tools and services that have cropped up recently to help agents drum up listings. SmartZip Analytics and ReboGateway, for example, are relatively new tools that use big data to help agents target their marketing to potential home sellers in their farm areas.

SuccessorsData.com may not be as high tech, and the leads the Rancho Cucamonga, California-based firm makes available haven’t been widely available until now.

According to SuccessorsData.com CEO and founder Morry Eghbal, the company generates its seller leads by culling obituaries and cross-referencing the names of the deceased with national real estate databases maintained by companies like CoreLogic. It then gives its clients access to this list so they can mail letters to the homes and reach the potential sellers while they’re still figuring out what to do with the property.

The company’s 10 full-time employees scour obituaries from newspapers and other sources around the U.S., matching them to homes the deceased may have owned using national real estate databases. About 80 percent of the firm’s 500 clients are real estate agents, Eghbal said. The other 20 percent are investors. 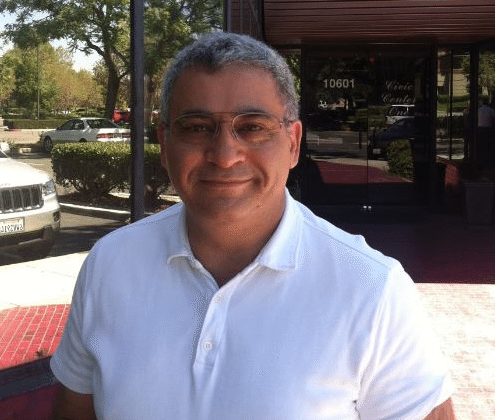 Humans are an integral part of the process of making sure SuccessorsData.com’s leads are accurate, Eghbal said. “It can only be done by human eyes and a human brain,” he said.

SuccessorsData.com has a back-end setup to help its clients write and print form letters to mail out to the addresses. The firm also provides addresses of up to 10 homes the deceased may have owned, along with their last known mailing address.

To ensure that the firm’s clients don’t jump too early on a potential seller it sends them, leads don’t show up in the database until at least two weeks after a homeowner has passed away, Eghbal said.

After receiving feedback on the morbid nature of its original name from some of its subscribers, ObituaryLeads.com rebranded in October as SuccessorsData.com.

Eghbal said the firm didn’t want to sugarcoat the service it was providing, but since the firm actually helps agents reach successors, the new name is more accurate.

The firm first launched in California and Florida, and now has data from 44 states, Eghbal said. By February, the firm will have data for the remaining six states: Wisconsin, Kentucky, Illinois, Ohio, West Virginia and Tennessee.

It may sound grim, but SuccessorsData.com’s database is full of hot leads, Eghbal said. “This is a huge market,” he said.

Between 30 and 40 percent of the home leads the company makes available to its clients end up selling within the first six to nine months after the owner passed, Eghbal told Inman.

Sample of how SuccessorsData.com provides leads to clients (click to enlarge).

Of the homes that sell within a year of a former owner passing, it takes an average of 182.5 days for them to sell, according to Eghbal’s research.

The idea to start building a database of homes that recently associated with at least one of their owners’ deaths came from Eghbal’s 25 years of experience as a real estate investor.

Eghbal, like other investors, would hunt for properties at state probate court, which handle auction sales of a home when a homeowner, who didn’t have a will or named an inheritor, passed away.

But at a probate home auction sale, investors would often bid up a price on a home and cut into profits or erase them altogether, Eghbal said.

Eghbal wanted a way to reach those in charge of selling a home on account of a homeowner death before it hit the probate court.

So he turned to tracking obituaries and homeownership records. And what he found became the foundation for SuccessorsData.com.

It turns out that just a fifth of the homes that sell because of an owner’s recent death end up in probate court, according to Eghbal’s analysis.

Most of the homes that sell under those circumstances, 80 percent, don’t ever go to probate court, but proceed as standard sales. About 60 percent are handled by trusts and the other 20 percent as a result of joint tenancy (when a couple owned a home and one of them died, for example), Eghbal said.

Subscribers used to pay $1 per lead, but on Dec. 1 the firm switched to a subscription model.

Users now pay $99 per month for access to a database of 1,000 SuccessorsData.com leads covering an area covering a 15- to 20-mile radius. An additional 200 leads are added each month. Subscriptions are not geographically exclusive.

While agents and investors make up SuccessorsData.com’s clients now, Eghbal envisions lenders and attorneys possibly jumping on board, too.

Editor’s note: For the benefit of new members, over the holidays Inman is bringing back a few of the best stories that debuted with the launch of “Select.” This story was originally published Dec. 4, 2014.