The outlook for luxury residential real estate is bright as China and other Eastern nations with burgeoning economies continue to mint new millionaires and billionaires hungry for properties in the West, and the looming transfer of trillions in wealth to the next generation spurs additional sales of high-end properties.

That’s according to a new report by Wealth-X and Sotheby’s International Realty, which documents the impact of the ultrawealthy on high-end real estate, forecasts where new development will take place and predicts which cities around the globe are likely to emerge as “investment grade” in the eyes of international buyers.

Growth in demand for luxury real estate by the ultra-rich 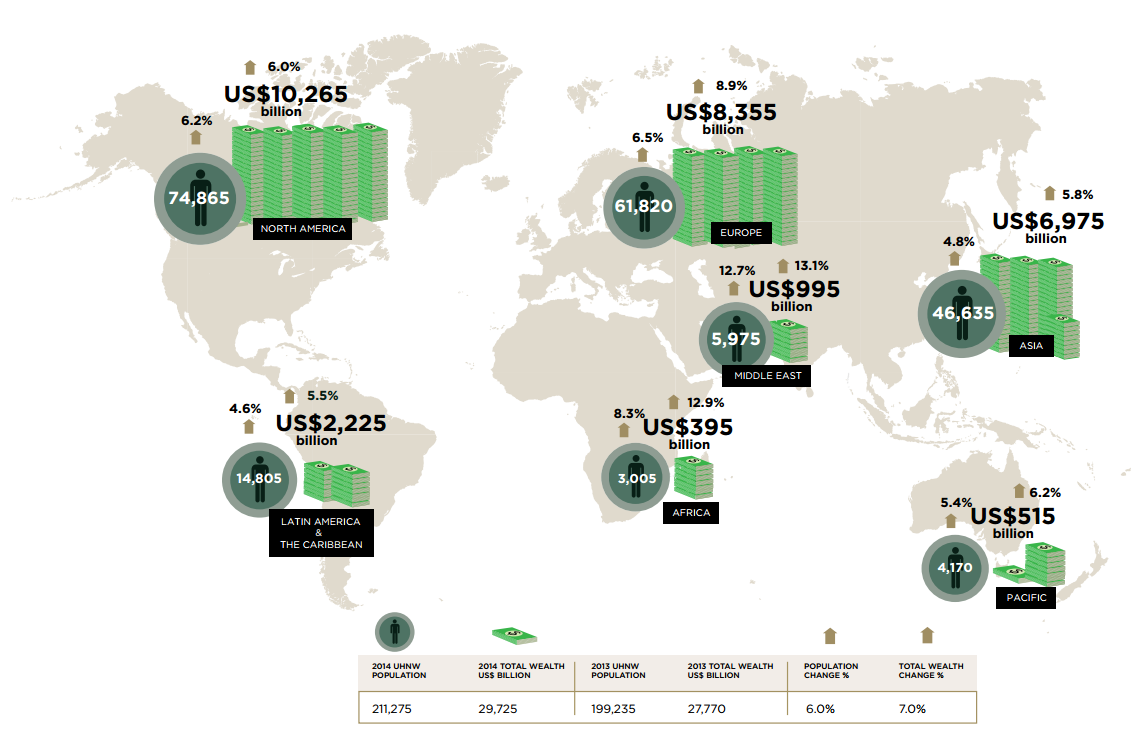 According to the report, the planet’s 211,000 “ultra high net worth individuals” — those with $30 million or more in assets — own nearly $3 trillion in residential properties. On average, they own 2.7 homes, and their secondary residences are typically worth 45 percent more than their primary home.

Those properties generate commissions for real estate brokers and agents whenever they change hands. While homeowners with net worth of between $30 million and $50 million typically keep their primary residences for more than 15 years and their secondary homes for more than 10 years, billionaires buy or sell property once every three years on average, the report said.

While the U.S can claim one-third of the world’s super-rich, Asia is home to twice as many ultra high net worth individuals as Latin America and the Caribbean, the Middle East, the Pacific and Africa combined.

It may come as no surprise that the report identifies New York, London, Hong Kong, Singapore and Paris as the most important international hubs for real estate investments by the ultrawealthy.

These U.S. markets, with the exception of Los Angeles, are “heavily dependent on their most famous attributes,” making them “niche” markets for the ultrawealthy — which has kept prices more affordable.

Los Angeles — where houses are in greater demand than the penthouses that dominate the New York, London, Hong Kong, Singapore and Paris luxury markets — commands “incredibly high prices” with one home selling for $102 million in 2014.

In San Francisco, which appeals to younger members of the ultrawealthy set (if you consider 56 young), the most expensive home sold in 2014 went for $14 million.

While Washington, D.C., think tanks and charities attract the ultrawealthy and the region offers a “lifestyle that is very rare” in bigger U.S. cities, prices are much less expensive than New York.

Dallas has more ultrawealthy homeowners than Houston, even though more ultrawealthy individuals live in Houston. Ultrawealthy buyers are attracted to Dallas by its relatively lower cost of living and family-friendly surroundings, the report said.

The development of enclave regions from China to Indonesia, Malaysia, Vietnam and even Burma will drive housing investments by the ultrawealthy in those destinations, the report said.

In the next 30 years, the report predicts that the super-rich will transfer $16 trillion in wealth to their children and other heirs. Personal real estate holdings valued at $1.5 trillion will also be passed down, mostly in European and Latin American markets.

“Such a large transfer will have far-reaching implications, as some of these heirs will look to sell inherited properties or buy new ones, in potentially new markets and with new specifications,” the report said.