Consumer Financial Protection Bureau (CFPB) Director Richard Cordray is showing little sympathy for companies that may be behind the curve in preparing for what many have called a sea change in the way mortgage transactions are conducted — even while legislators and industry trade groups are urging the CFPB to exercise restraint in its enforcement of the Aug. 1, 2015, effective date of the TILA-RESPA Integrated Disclosure (TRID) rule.

Finalized and rolled out in November 2013 — after a long rule-making process and industry comment period — the TRID rule seeks to streamline the use and language of the Truth in Lending Act (TILA) and Real Estate Settlement Procedures Act (RESPA) forms that lenders have provided to consumers applying for mortgage loans for more than 30 years by integrating the Good Faith Estimate (GFE) and initial TILA disclosure into one form, the Loan Estimate, which must be must be delivered three days after receiving a consumer’s application. The rule also combines the HUD-1 and final TILA disclosure into another form, the Closing Disclosure, which must be provided to consumers at least three business days before the consummation of the loan. 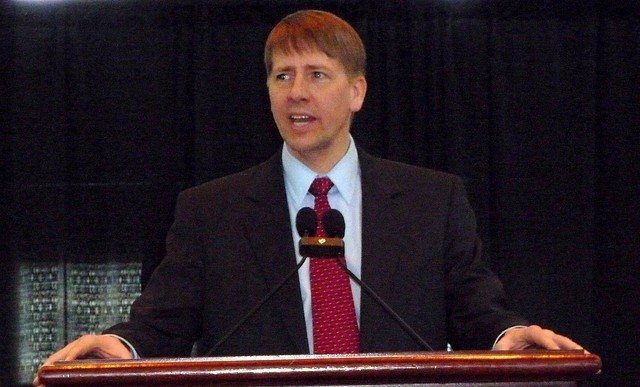 “This rule was finalized 21 months in advance of the effective date,” Cordray told the House Committee on Financial Services during a March 3 hearing on the bureau’s semiannual report. “People will have had close to two years to get ready for this. Nobody should be surprised by this.”

In the last year and a half, title insurance and closing agents, mortgage brokers, Realtors and others have been working with their lender partners, whom the CFPB will hold responsible for complying with the rule, to prepare for use of the new forms and the changes to the traditional mortgage acquisition process. This process will not only require changes to internal operations and procedures, but also to the technology platforms used by all settlement parties, and many companies and trade groups have raised concerns that the technology needed to complete the forms and comply with the rule will not be deployed, integrated across different company platforms and properly tested by the Aug. 1 effective date by some market players, particularly small community or regional banks and credit unions that were only able to begin dedicating resources to the preparation efforts around the first of this year.

“I think there is a question of ‘Can we be ready for prime time by Aug. 1’?” said Rep. Randy Neugebauer, R-Texas, who asked Cordray, “Would you be amenable to a 60-day nonenforcement window once the rule becomes effective, making sure the industry has had an opportunity to adequately implement the system?”

“We’ll see how it transpires, but people have had a long time on this,” Cordray responded, noting that the CFPB has conducted several webinars, issued plain-language compliance guides and responded to questions posed early by the industry.

Ahead of the hearing, the American Land Title Association (ALTA) — which has led the cross-industry preparation efforts since the rule was finalized — requested that the CFPB “consider a five-month restrained enforcement period so that new business processes can be adjusted to comply with these regulations.”

Pointing out that the Department of Housing and Urban Development (HUD) exercised a similar four-month enforcement restraint period in 2010 when it revised the GFE and HUD-1, ALTA said in a statement, “The regulation this time eliminates line numbering that has been used on the HUD-1 for decades, changes how fees must be listed and formatted, and has new requirements for when the disclosures must be provided to consumers. The enormity of the changes is why ALTA has requested a nonenforcement window for those attempting to comply. As with previous regulatory reform, only when the new forms are in practice will many issues and defects be discovered.”

Indeed, the CFPB has openly admitted that the rule, despite its exhaustive 1,800 pages, cannot possibly predict all of the specific practical issues that may be created by the new forms and deadlines. The bureau has pledged to address the most frequently asked questions in the first few months following the effective date.

The CFPB has created a resource center on its website that contains compliance guides, integrated disclosure forms and samples, and a series of webinars to address implementation. The bureau also will field industry comments and questions emailed to CFPB_MortgageRulesImplementation@cfpb.gov.

Meanwhile, ALTA, along with the National Association of Realtors and the Mortgage Bankers Association, are hosting five regional RESPA-TILA Integration Forums led by a panel of legal, title, technology and operation experts. The remaining forums will be held March 26 in Chicago and April 16 in Washington, D.C.