There’re a plethora of articles about new homebuyers and the learning curve they face during their first transaction.

But what about new home sellers? What pitfalls await them as they move to the next level?

According to a survey of 1,000 homeowners commissioned by SOLD.com, approximately half of owners aren’t aware of their home selling options, other than hiring a traditional agent or representing themselves as a for-sale-by owner (FSBO). Fifty-eight percent of respondents said they spent less than three hours researching selling methods and agent options and had no idea about iBuyers, flat-fee/discount brokers or online auction platforms.

“The stark reality is consumers are choosing options that don’t necessarily align with their needs and are taking unnecessary risks with one of the largest financial transactions of their lives,” said SOLD.com president Matt Woods in a press release.

SOLD.com is a consumer platform that offers homeowners personalized recommendations on which selling option is best for them, whether it’s working with a real estate agent, taking an all-cash offer from an iBuyer or listing their home as an FSBO.

The recommendation is based on a brief questionnaire that includes questions about the home’s condition and value, a tentative selling deadline, seller priorities (e.g. selling quickly vs. getting the highest price), and whether they plan to buy a new home.

From there, SOLD will connect homeowners with a local broker or company. The service is free for consumers, but agents and companies who are part of SOLD.com’s network pay “industry standard” referral fees, according to a previous Inman article.

“SOLD.com is an unbiased resource that recognizes that not only are every seller or buyer’s preferences and circumstances unique, but the options that are available to them are as well,” Woods continued.

Beyond understanding different selling methods, the survey revealed that homeowners are often confused about the financial aspect of offloading their home.

Seventy-two percent of sellers said they believed they needed good credit to sell their home (not necessarily true), and 27 percent were concerned about how selling their home would impact their tax returns. Another 43 percent were worried about the repair and renovation costs needed to make their home market ready.

When breaking down homeowner sentiments by gender, 40 percent of men said they planned to move within the next three years — 16 percentage points higher than women (24 percent).

More than 73 percent of men said they were ‘very confident’ about the selling process, and tended to be more aware of their selling and agent options. Meanwhile, only 49 percent of women were able to say the same thing.

This alleged lack of knowledge amongst women homeowners led to them having a less-than-satisfactory experience — 61 percent of women respondents said their agent’s commission was too high compared to the work they did.

“Doing the appropriate research about the options and the varying degrees of services available can help to temper – or even eliminate – both financial and emotional concerns around selling a home,” Woods concluded. 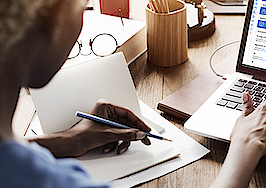 Sponsored Content
How transactions can reinvent the client experience 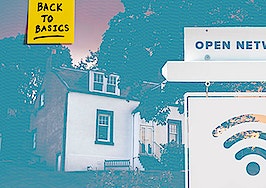 How to keep your seller from straying to an iBuyer 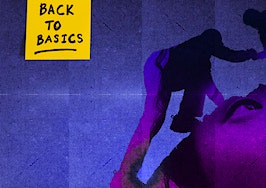 'Why do I need an agent?' 7 quick answers for doubters

Why it's actually the seller who pays our commission