WeWork, the embattled co-working space provider that has come to embody Silicon Valley excess, will come under 80 percent ownership by venture capital giant Softbank, while the firm’s former CEO will receive up to $1.7 billion to relinquish his voting rights, according to new reports.

The bailout for WeWork, which CNBC reports had been set to run out of money by the end of next week, amounts to nearly $10 billion.

Under the deal, Softbank — a major backer of real estate tech giants Compass and Opendoor — will inject $5 billion in new financing into WeWork. Softbank is also offering a $3 billion buyout to all of WeWork’s other investors, and will accelerate a previous $1.5 billion funding commitment.

In addition, Softbank announced that WeWork founder Adam Neumann would give up his role as WeWork’s chairman while voting control over his shares is transferred to an enlarged board of directors. Even though the deal secures Softbank an 80 percent ownership stake in WeWork, Softbank won’t get a majority of the company’s voting rights, according to Softbank.

WeWork will be listed as an “associate of Softbank,” rather than a subsidiary, SoftBank said.

Neumann will give up his stake in the company in exchange for a golden parachute worth approximately $1.7 billion, CNBC reported. The reported pay package includes nearly $1 billion for his shares, a $185 million “consulting fee” and $500 million in credit to pay his personal loans.

“As important as the financial implications, this investment demonstrates our confidence in WeWork and its ability to continue to lead in disrupting the commercial real estate market by delivering flexible, collaborative and productive work environments to our customers,” Claure said in a statement.

On the same day the deal was announced, sources told news outlets it would value WeWork at $8 billion. The Softbank announcement didn’t report a valuation nor did it specify the value of Neumann’s exit deal, though it did say Neumann would give up voting rights and become a board observer.

At one point, WeWork was thought to be worth as much as $47 billion. But around when its IPO filing revealed mountainous losses and a corporate governance structure that raised eyebrows, the company’s valuation was down to around $15 billion, according to speculation. 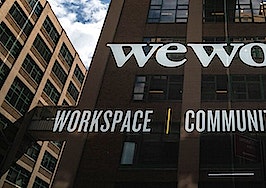 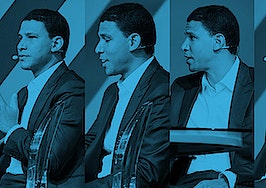 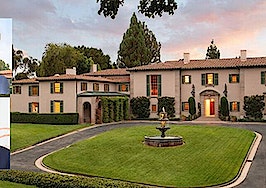 Developer gets 25 years for ponzi scheme that preyed on elderly 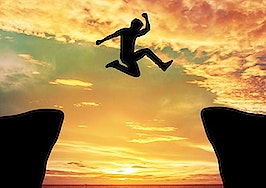 Jumping ship for a startup brokerage? Do your homework first!