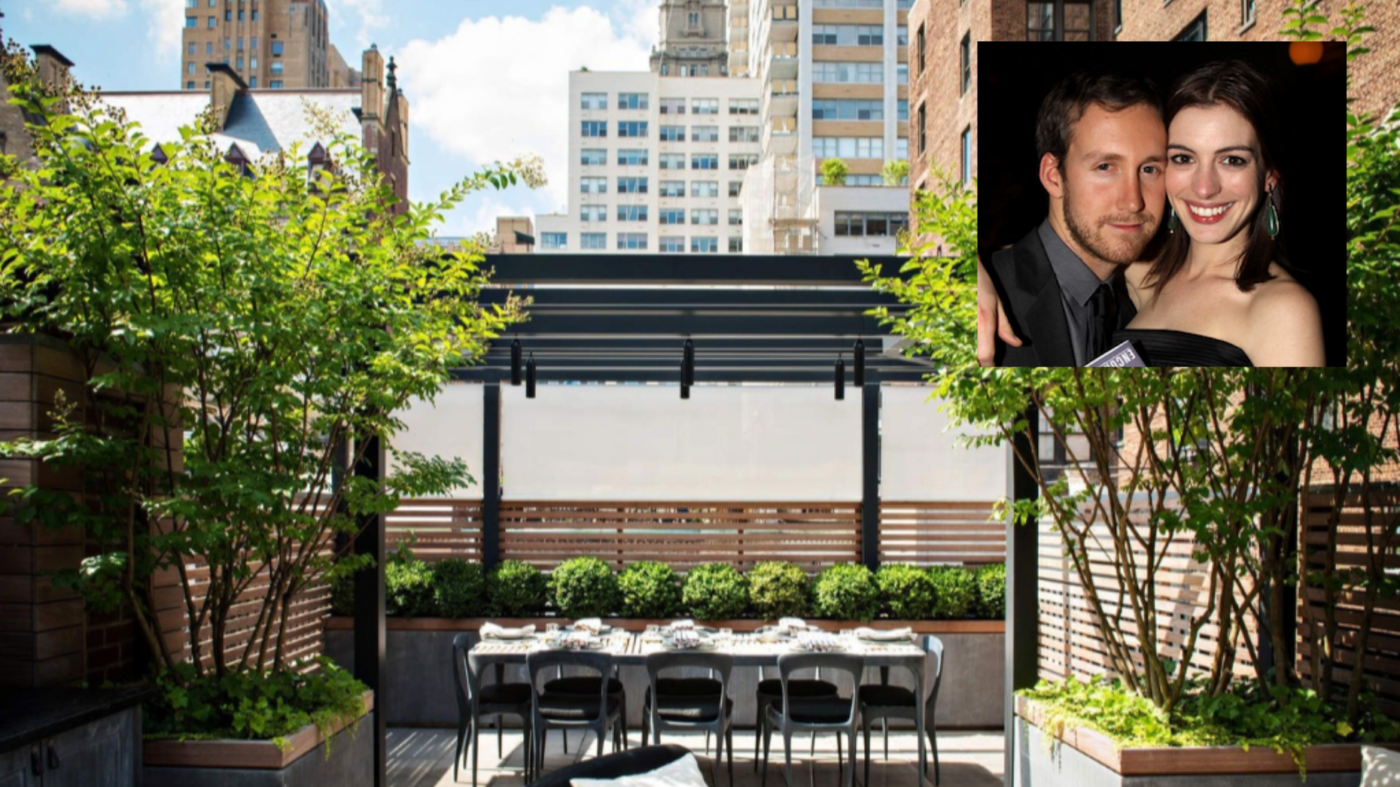 The penthouse, which has two bedrooms but takes up the entire floor of a 1900s building in New York’s Upper West Side, is designed as an open plan that utilizes the light and views from the private terrace.  It was designed by Gramercy Design and has the original period moldings alongside stylish modern touches — a skylight, a white marble-toned fireplace and sleek kitchen appliances.

The walls and most of the design elements are white while the occasional beige or light brown décor piece gives it a modern vibe.

It has two bedrooms but takes up the entire floor of a 1900s building in New York's Upper West Side.

The space has an open plan that utilizes the light and views from the private terrace.

The building only has five apartments and was built by the same family that made the Dakota, Yoko Ono's residence.

To enter, residents need to go through a private elevator or staircase. The building only has five units and was built by the family behind the Dakota, Yoko Ono’s iconic Central Park residence.

Hathaway and Shulman bought the penthouse for $2.55 million in 2017 and added a series of personal touches — raising the ceilings, opening up the floor plan and adding herringbone floors — during the time that they were living there.

Jeremy Stein of Sotheby’s International Realty is the agent representing Hathaway and Shulman.

Hathaway, 37, rose to fame playing alongside Julie Andrews in “Princess Diaries.” As her filmography grew, so did the accolades. Over the years, she has starred in films including “The Devil Wears Prada,” “Les Misérables” and “Ocean’s 8.”

Ways to digitize every stage of your sales funnel during the pandemic
Back to top
We're here to help. Free 90-day trial for new subscribers.Click Here×
Inmanpot