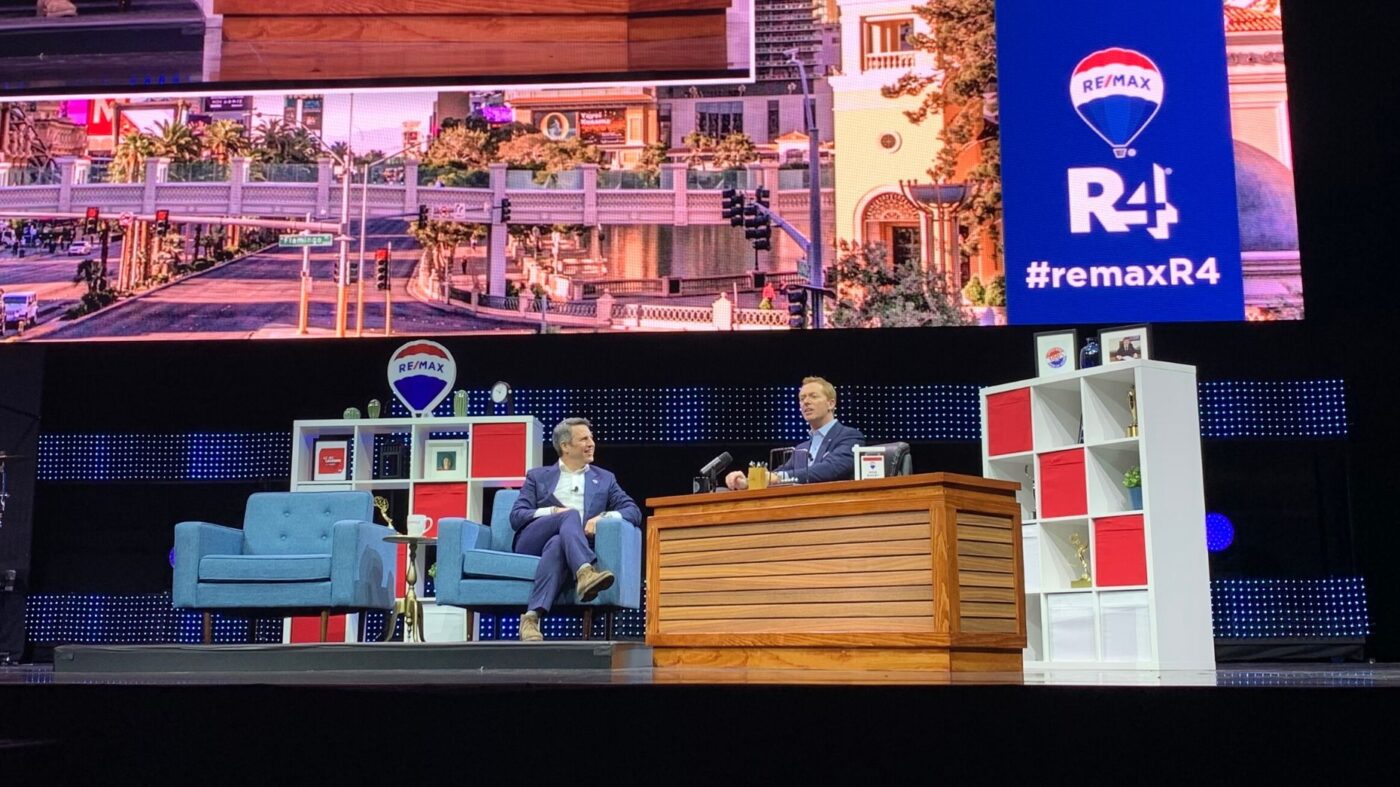 IBuyers not named Zillow or Opendoor are in trouble, and they don’t know it yet, Greg Schwartz said Wednesday at the RE/MAX R4 convention in Las Vegas.

The iBuyer business is going to be “a two-horse race” between Zillow and Opendoor, Greg Schwartz, the former president of Zillow, said Wednesday during a conversation with Nick Bailey, the chief customer officer at RE/MAX, at the latter’s R4 convention in Las Vegas.

Schwartz believes the consolidation, standardization of service and slight rising of prices for the service will cause a lot of trouble for companies not named Zillow and Opendoor.

“Everybody else operating in the business is a dead man or woman walking, but they may not know it yet,” Schwartz said.

The former Zillow executive praised his one-time rival in Opendoor, saying the company provides a high-quality experience but believes they lost one of their competitive advantages — the ability to raise millions from the SoftBank Vision Fund, an investment vehicle of the Japanese conglomerate.

“That day is over,” Schwartz said. “SoftBank is not pumping in billions of dollars to startups anymore because they got walloped by a lot of these companies, WeWork the most significant.”

Bailey then asked Schwartz if Zillow and Opendoor would eventually run out of money, due to the capital-intensive nature of buying homes. Zillow posted a net loss of $101.2 million in the fourth quarter of 2019, according to its recent earnings report, as it continues to spend more and more money on buying homes and scaling its homebuying and selling business.

Schwartz believes these companies will never run out of money because they can sell securitized assets to Wall Street and said to the crowd of agents that, they’re actually “funding the iBuyers.”

In terms of overall market share percentage, Schwartz believes iBuyers will take a good chunk of the market, maybe even reaching double digits, but the business will continue to remain niche.

Bailey and Schwartz’s conversation also touched on another hot topic for those in the industry: will Amazon enter the real estate space in any meaningful way? Schwartz acknowledged he doesn’t have any meaningful insight into Amazon’s plans, but did note that it’s a much more demanding, de-commoditized business than the company is used to.

He doesn’t believe they’ll enter the business as a principal, but could on the marketing side. Amazon’s presence wasn’t something he worried about in his more than a decade at Zillow, he said.

“Amazon is great at delivering a book, a book is a commodity” Schwartz said. “[They’re great at] delivering shoes, shoes are a commodity.

“We all know every house transaction is different,” Schwartz added. “Amazon could decide that they want to hire hundreds of thousands of the most competent real estate professionals in the world, but I don’t think it’s their jam.”

Schwartz also briefly discussed the future of agents in the business — coming from a company that many accuse of trying to disintermediate the agent — and said he believes the next 10 years will be the decade of the “power agent.”

A power agent, according to Schwartz, is someone who studies the industry, draws more transactions, looks to use technology to enhance relationships and not replace them.

“If you are a marginal player and you’re fighting progress and technology, if you have a negative mindset and you communicate that out, you’re going to be in trouble,” Schwartz added. “Many part-timers are not going to enjoy what’s next.”

The luxury leader mobilizing his troops from the comfort of a pool
Back to top
We're here to help. Free 90-day trial for new subscribers.Click Here×
Inmanpot