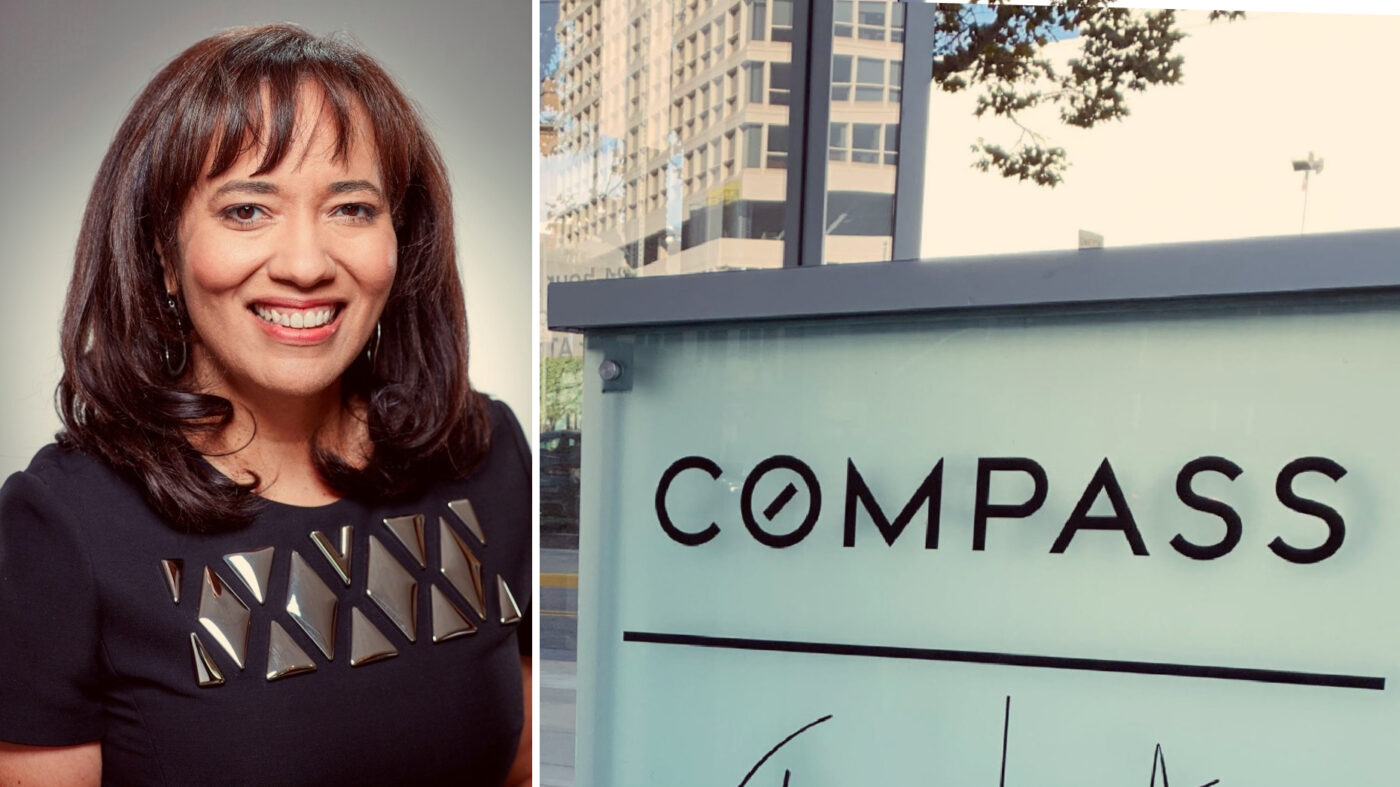 Pamela Thomas-Graham currently runs her own media company and has past experience at Credit Suisse, Liz Claiborne and NBCUniversal.

Tech-leaning brokerage Compass announced Wednesday that Pamela Thomas-Graham, a digital media entrepreneur with experience at numerous high-profile companies, will join its board of directors.

Thomas-Graham’s appointment to Compass’ board is effective immediately. In a statement, she noted that her father worked in real estate, which she said gives her “first-hand knowledge of the unique business challenges real estate agents face every day.” She also said she is thrilled to join Compass “at this pivotal juncture in the company’s history.”

“The opportunity to guide the company as it builds the premier platform to help agents grow their business and best serve their clients is incredibly exciting,” Thomas-Graham added.

The addition of Thomas-Graham to Compass’ board brings the total number of members to four, half of whom are minorities. She is the first woman on the board.

Thomas-Graham is currently the founder and CEO of Dandelion Chandelier, a digital media company that focuses on luxury products. According to its website, Dandelion Chandelier has “roots in fashion, consulting, wealth management, media and investing.”

Prior to founding Dandelion Chandelier, Thomas-Graham served as the chief marketing and talent officer at financial services company Credit Suisse. She also held executive positions at Liz Claiborne and NBCUniversal. While at NBCUniversal, she served as both the president and CEO of CNBC Television and CNBC.com.

Prior to that, Thomas-Graham was the first black woman to become a partner at management consulting firm McKinsey and Company.

Thomas-Graham’s arrival comes at a significant time for Compass. The brokerage has in recent days touted the addition of high-profile agents to its ranks, and has worked lately to expand its ancillary services. At the same time, some industry observers have wondered if Compass could face rough waters ahead thanks to its reliance on funding from Softbank, a Japanese mega-fund that has been plagued by trouble at WeWork, which it also backed.

Some venture capitalists, however, believe Compass will avoid a WeWork style debacle.

In any case, Compass in a statement Wednesday touted Thomas-Graham’s background, saying that she has more than three decades of experience “guiding some of the world’s most successful public companies.”

Ori Allon, who co-founded Compass with Robert Reffkin and today serves as the company’s executive chairman, also said that Thomas-Graham “brings an invaluable perspective to the Compass board.”

“Her deep experience across a variety of industries, both as entrepreneur and executive,” Allon said in a statement, “paired with her proven track record of governance will provide Compass with a guiding voice as we continue to build the future of real estate.”

Update: This post was updated after publication with additional information about Thomas-Graham’s tenure at NBCUniversal.