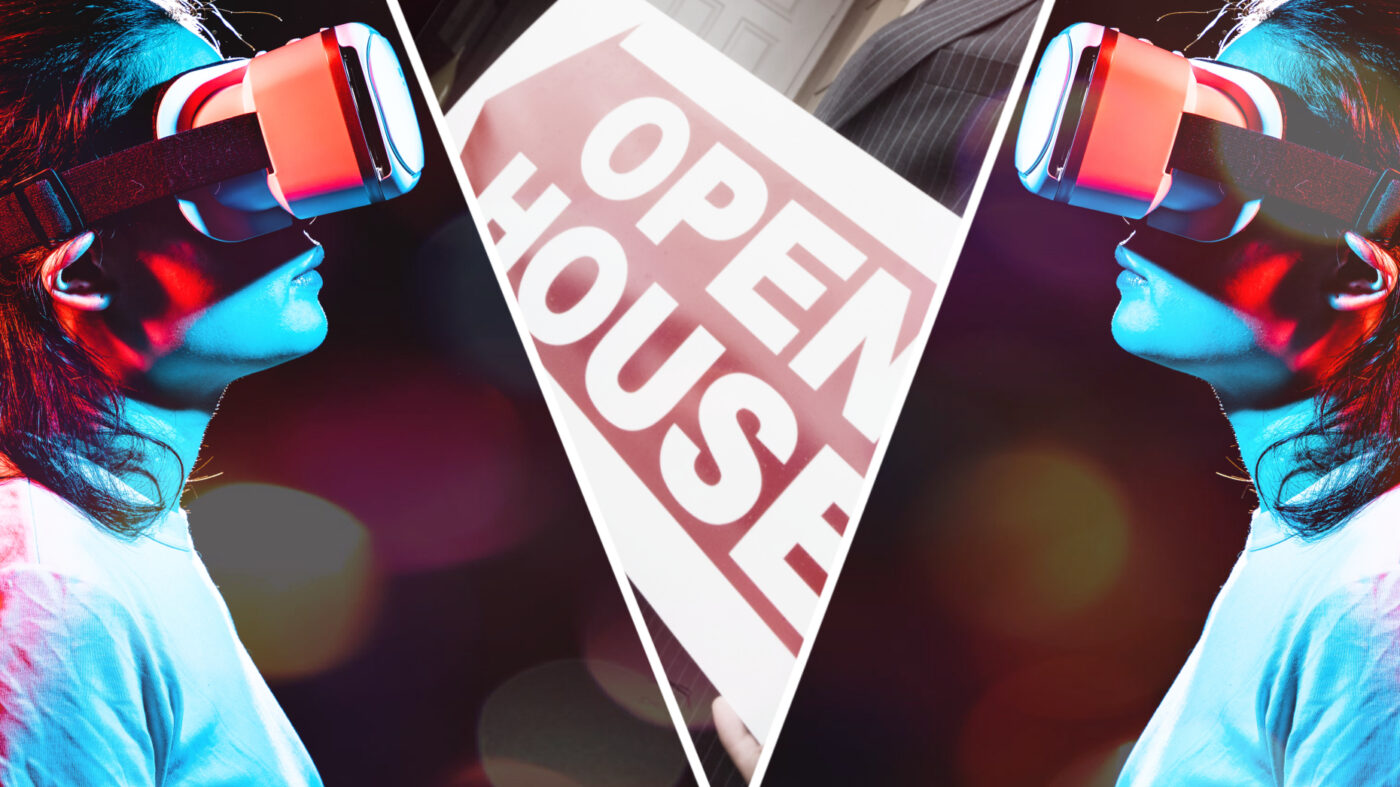 Amid quarantines and calls for social distancing, agents are turning to video chats and virtual tours to show off properties.

Caryl Berenato was doing an open house in New York two weeks ago, just as the U.S. was beginning to grapple with the reality of the coronavirus. It was a public open house, the weather was nice, and people were out. But, Berenato said, “it was dead.”

“I realized at that moment that I needed to give people another option,” Berenato, of Compass, told Inman.

In the wake of that realization, Berenato has been providing her clients “virtual tours” via FaceTime, Apple’s video chatting app that comes built-in on iPhones.

The move puts Berenato on the forefront of agents who are responding to the coronavirus outbreak — which has worsened significantly since that very quiet open house two weeks ago — with technology. In fact, across the U.S. agents are coping with sudden quarantines and “social distancing” mandates by offering video-based property experiences. Those experiences include everything from virtual open houses to one-on-one video calls. And significantly, their growing popularity may represent a trend that outlives the current virus outbreak.

In Berenato’s case, she has so far had about half a dozen requests for video tours since the outbreak began. When she conducts the tours, they tend to be relatively short — 15 minutes if she’s just showing the inside of a listing — and personalized.

“It’s whatever someone wants,” she said. “Someone can say, ‘show me the room and stand back by the closet. Let me see the room from there.'”

“Personally I really prefer doing it while they’re on the line,” he told Inman. “It allows us to make it more adaptive in real time.”

Redfin has long provided video tours and chatting options, but Alderfer said that those options have historically appealed to overseas buyers who can’t immediately get to a listing in person. Since the spread of the coronavirus, however, Redfin agents have been offering the same service to locals who simply want to avoid the outbreak.

Alderfer said that it’s still too early to know how many people may use the video option, and that it isn’t ultimately a substitute for getting inside a property. But  it is still “great for us to be able to provide an option for the customers and hopefully give them a better sense of the home.”

The personalization that live video chatting offers is a major selling point of this approach, but technological responses among agents to coronavirus-related social isolation are diverse.

One Keller Williams agent in Louisiana, who asked not to be publicly identified, said that she is currently trying to minimize all contact with clients. That includes entering homes as infrequently as possible.

“So I’m urging our local agents to take videos of their homes,” she added.

The idea is that she and other agents in the area can have a collection of videos they can share among themselves and their clients. The videos can be posted online or kept private depending on a seller’s preference, and they may cut down on the foot work that during the pandemic puts agents at risk.

“Instead of showing 10 houses in a day,” the agent said, “all you have to do is show them the video. Then if they really want to see it, you can go there.”

Videos like that have the potential to save time and prevent exposure to the coronavirus, but that doesn’t mean they’re without complications. The Keller Williams agent, for example, said she was still figuring out how to balance sellers’ privacy concerns.

And Berenato noted that as the outbreak gets worse and isolation mandates more strict, even sending a single person to shoot video or do a video chat may become infeasible.

“I had one super call me today to say they were no longer letting people into the building,” Berenato said.

Still, various video options potentially represent one of the few remaining options for agents hoping to show properties. Authorities across the country have strongly discouraged various types of social interaction, and on Monday President Trump advised against gathering in groups of more than 10 people. Meanwhile, California’s Bay Area is effectively on lockdown and authorities in numerous cities have shut down social spaces such as bars and restaurants.

Real estate trade groups and brokerages are also actively trying to crack down on open houses.

All of which is to say, traditional showings are likely to become rarer during the crisis while video grows in popularity.

Chuck Fleischer, a broker at Dallas-based brokerage Real, told Inman that he thinks the result of the current outbreak will be a greater adoption of technology by both agents and consumers. And while not all of that shift may be permanent, somethings will have changed for good when the crisis ends.

“I think what this is going to trigger, in my opinion, is the consumer who has been content to look at property on a website is going to get much more comfortable with virtualizing the entire transaction,” Fleischer told Inman.

Others agreed, with the agent from Louisiana comparing the current spread of video tours to e-signatures.

“This is going to be the wave of the future,” she said.

In Fleischer’s case, he already regularly had his photographers shoot video. And he used the application Zoom to do interactive video sessions with clients.

But he added that the coronavirus is changing things.

“I have one listing I’m working on right now,” he said. “I’m negotiating with three different buyers, and two of them have never been in the house. They’ve seen pictures, they’ve seen videos.”

A New York-based Compass agent, McKenzie told Inman that he had struck up a partnership with camera manufacturer Ricoh earlier this year. The partnership was designed to enable a kind of virtual open house experience, though McKenzie and his team had been “slow walking” the feature’s rollout. When the crisis “reared its ugly head, we said, ‘hey here’s an opportunity to see if this can be viable.'”

“We thought now was a good time to test this out,” he added. “And I think it It was the right move.”

McKenzie’s team ultimately tried the Ricoh-enabled virtual tour feature last weekend at an apartment on Manhattan’s Lower East Side. Participants were able to attend by getting an emailed link from the team.

Though it’s still early days for McKenzie’s experiment with virtual tour technology, like other agents he said that more and more agents and consumers are warming to the concept — and that’s unlikely to change when the crisis ends. As a result, the adoption of video-based real estate tools that is happening right now may ultimately set a precedent for the real estate industry’s next chapter.

“Even when we get past this pandemic we’re experiencing you’re going to see a lot more video experiences in the future,” McKenzie said. “We’ve definitely seen a rise in clients wanting to have this virtual experience.”

Update: This post was updated after publication with additional comments from Michael Alderfer.

Realogy and OJO Labs partner for lead conversion tool
Back to top
Refer friends to Select and get $200 in credit.Register Here×
Connect Now is less than one week away. Prices go up May 30.Reserve your seat today.×
Inmanpot