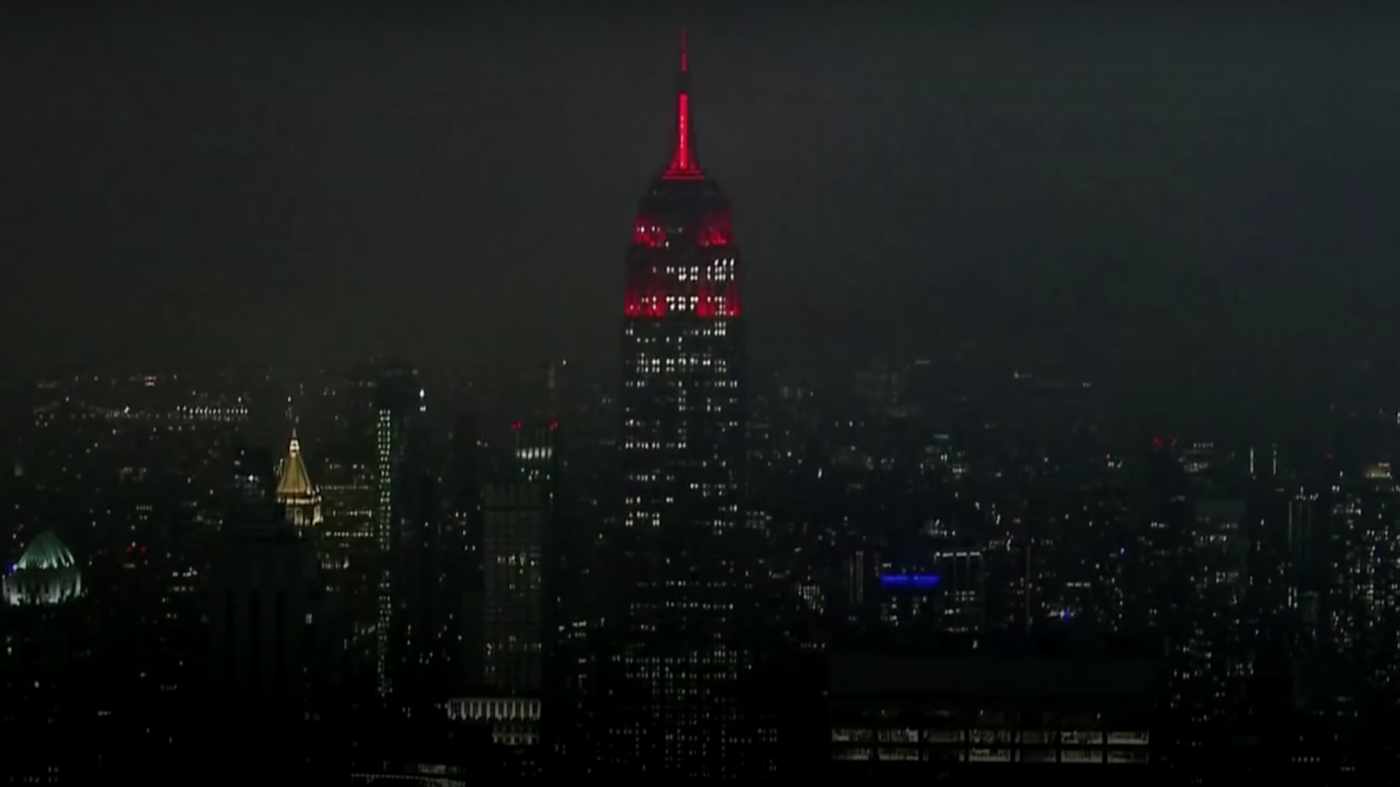 New York City’s effort to honor the health and emergency workers amid the coronavirus crisis is not having quite the expected effect.

On Monday night, the city’s most iconic landmark lit up bright red and white in honor of the medical workers who are currently battling the coronavirus epidemic gripping the city – more than 75,000 confirmed cases and 1,400 deaths have been reported from the novel disease statewide since Tuesday morning. The Empire State Building is frequently lit up to mark various occasions significant to the city and the country including pastel colors for Easter, purple and white for NYU graduation and rainbow colors for World Pride Day.

“Starting tonight through the COVID-19 battle, our signature white lights will be replaced by the heartbeat of America with a white and red siren in the mast for heroic emergency workers on the front line of the fight,” building owner Empire State Realty Trust announced in a tweet.

The resemblance to the alarm was meant to represent am ambulance. But instead, it left many New Yorkers baffled and even anxious by what appeared as a siren.

I'd expect an "alarm" like this for alien attacks, meteor impact, or nuclear war.

#EmpireStateBuilding's been in my "backyard" for 50 years now. I'd never have guessed it had a surprise left for me. Man, was I wrong; the sight of this shook me. Can't decide if the "Red Alert" is gorgeous or terrifying For me, I wish this had been lit since Election Night 2016. https://t.co/ztADix3OAr

Empire State Realty Trust had previously said that it would be lighting up the building with the colors every night at 9 p.m. as the pandemic continues but did not immediately respond to Inman’s questions about whether it will adjust their plans since the mixed response.

How can women today be effective leaders?

A Halloween display was so realistic police were called — multiple times

Winter is coming: These are most in-demand cold weather amenities

A year of relocation: Where luxury buyers moved in 2020
Back to top
×
Inmanpot