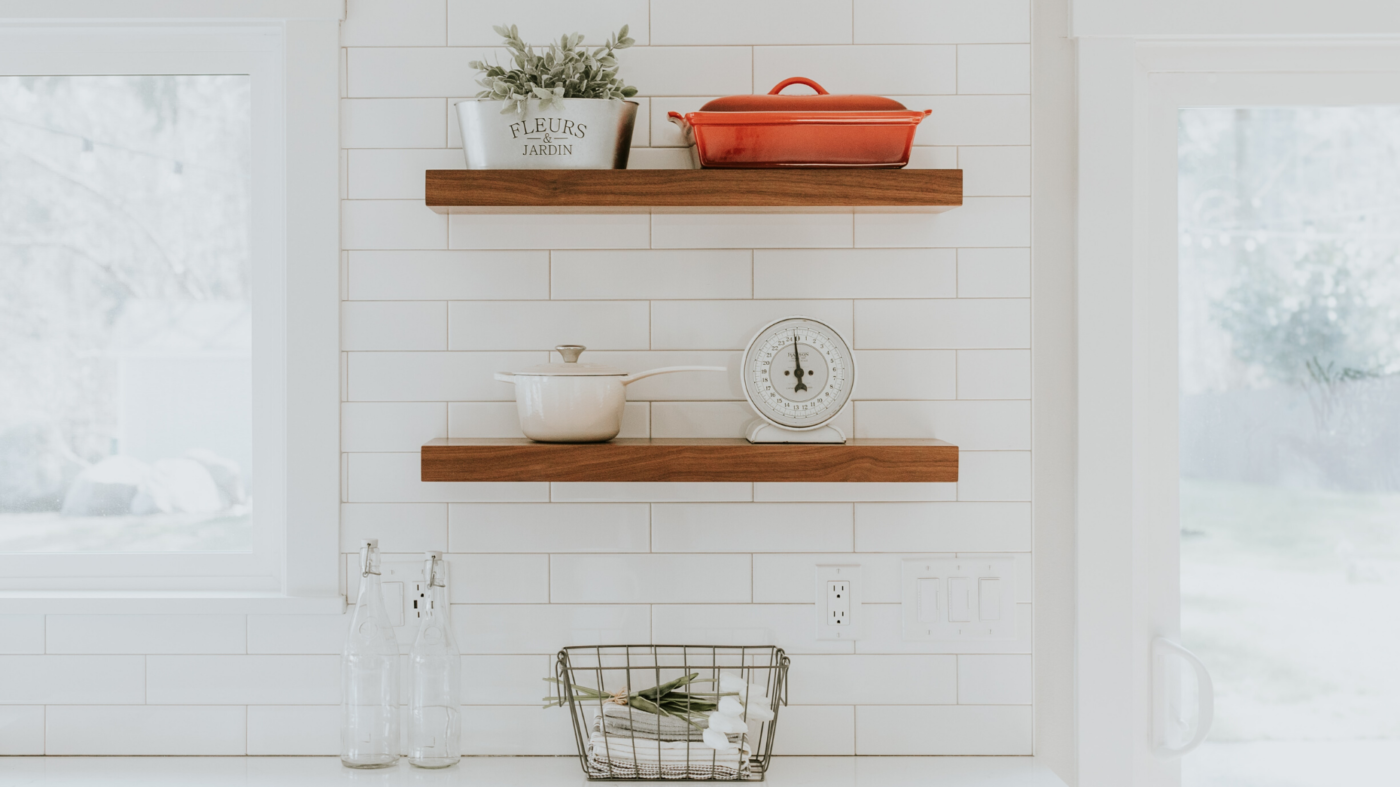 Photo by Becca Tapert on Unsplash
by Marian McPherson |
You successfully shared the article.
Close

No matter how hard home designers may try, Americans simply can’t let go of their obsession with all-white kitchens. Beyond the influence of HGTV and Instagram on home design, there’s another, disquieting reason why these kitchens are so ubiquitous: They’re evidence of past homeowners’ attempt to stall past pandemics.

“Whether you realize it or not, a number of the design features in our homes today originated, or were popularized, because of previous infectious disease outbreaks, like the 1918 flu pandemic, tuberculosis, and dysentery,” writes bioethicist Dr. Elizabeth Yuko in an article for Architectural Digest.

“There is a very long, very interesting history of the intersection of health, architecture, and design going back to ancient times.”

According to Yuko, the popularity of white tiles started in the early 1900s as scientists began to gain a better understanding of how infectious diseases such as the flu or tuberculosis, spread. To make hospitals and other public places easier to clean, Yuko said builders started using white tiles that clearly show any spots and spills, which may have been easily hidden on another surface, such as wood.

“Childs Restaurant, an early American chain, adopted white subway tiles to conjure the sterile environment of a hospital and make people feel safe eating there at a time when foodborne diseases like typhoid, botulism and trichinosis were a major public health concern,” she writes.

That trend easily transcended public spaces and made its way into the kitchen, as homeowners became more aware of proper cleaning and sanitizing methods.

Today’s homeowners may see half bathrooms as a waste of space, as evidenced by their decision to get rid of them in favor of a larger kitchen or laundry room during televised renovation projects. However, these tiny bathrooms were an important part of preventing families from falling ill during past epidemics and pandemics, Yuko noted.

To keep visitors from potentially exposing their families to anything as simple as the common cold to something more dangerous as the flu, homeowners directed workers and guests to wash their hands in the half bathroom before walking further into the home.

“The iceman is coming right into your kitchen, and if the iceman needs to use the bathroom, you don’t want him using your family bathroom,” Yuko added. “So the half bath made perfect sense for visitors to the house.”

Although spacious closets are a must-have now, homeowners at the turn of the 20th century relied on armoires to store their clothes. However, Yuko said that quickly changed during the 1920s as people believed dust was a dangerous incubator for germs and made it easier for those germs to spread. As a result, homeowners put their armoires in the junkyard and began expanding their closets for easier cleaning and maintenance.

“By the mid-1920s, Le Corbusier was writing about the importance of minimalism, cleanliness and hygiene in home design, advocating for built-ins throughout the house, which eventually became the norm,” she explained.

Most homeowners use their screened-in porches as a place to sip tea and enjoy the outdoors without being scorched by the sun. However, these porches gained popularity in the early 1900s as tuberculosis made its deadly march across America. At the time, doctors believed fresh air and sunshine was the best cure for the disease (Penicillin, an antibiotic, wasn’t created until 1928). So homeowners began building these porches, then called sleeping rooms, to provide aid to sick family members, Yuko explained.

Although it’s unknown how COVID-19 will impact future home design, experts are already predicting that future homes will have better filtration and sanitizing systems, bigger home offices, more options for self-sufficient water and power, and bunkers for emergencies.

“Values ​​will change, our lives and habits will change, and our homes will also change under that influence,” Ukrainian architect Sergey Makhno wrote in an op-ed for Dezeen.

'Modern farmhouse' listings have an edge on the competition

Need to reset? Here are 4 tips for starting fresh after lockdown

Sister of Steve Mnuchin sues potential buyers for deal fallout
Back to top
Refer friends to Select and get $200 in credit.Register Here×
Connect Now is just days away. Don't miss out.Reserve your seat today.×
Inmanpot