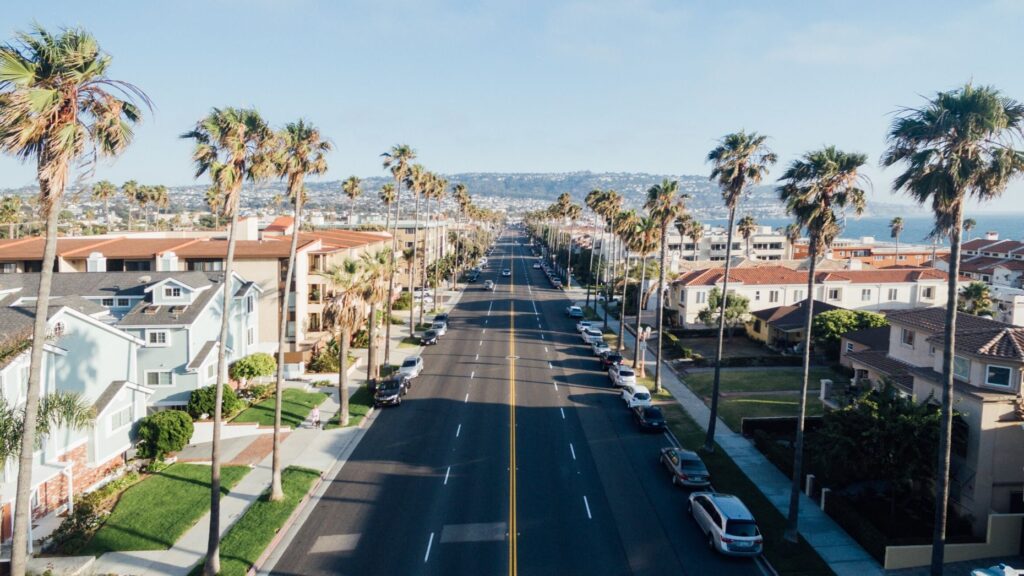 A ban on construction in the Bay Area, rent strikes in San Diego and new buildings left vacant in San Pedro all as real estate is deemed “essential” across the state of California.

Detached single family homes in California lingered on the market for a median of 23 days in February. The median price of a home sold was $579,770. Sales of existing single-family homes increased by 5.9 percent year-over-year.

Real estate was determined an “essential” business on March 28, according to the U.S. Department of Homeland Security.

“All real estate licensees must take into account the health and safety of their clients and fellow licensees, and follow the existing protocols for protecting against the spread of COVID-19,” the California Association of Realtors (C.A.R.) said in a statement. “If such safeguards and protocols are not followed, the rule for the state could easily change to stop or restrict all real estate activity.”

Across the state, communities have felt the pandemic’s effects to varying degrees. Below, a snapshot of California categorized by region. 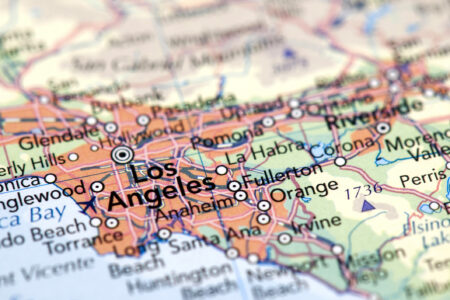 The city is currently under a “Safer at Home” emergency order from Mayor Eric Garcetti, which encourages residents to stay in their homes and limit all outside activities until April 19. On March 27 the city welcomed Navy hospital ship USNS Mercy to the port of Los Angeles to help ease the burden of local hospitals by serving non-COVID-19 patients. According to the most recent data by Core Logic, the median price of a home sold in the city of Los Angeles in February was $832,500, an increase of 9.5 percent year-over-year. Regardless of the price jump, the city achieved one of the greatest number of sales throughout the state during February, with 745 homes sold.

In San Pedro, Williams Homes, Inc. just completed construction on a new development of 24 single family homes on the waterfront at the end of February called 24 On Centre. Nine of the units have been sold with residents currently moving in, or planning to move in soon. Fifteen units remain vacant. 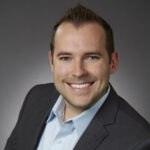 Although many of the development’s homes are still available, Dan Faina, the Southern California division president of Williams Homes, Inc., remains optimistic, despite the current climate.

“We don’t have anyone already under contract of sale who has decided to not continue with the purchase over general fear over the state of affairs,” Faina said. “Traffic is down — there are not many people out and about — so we’ve pivoted across all properties to fully virtual walk-throughs.”

Fortunately, Faina and his team had transitioned to virtual purchasing processes prior to the coronavirus outbreak, so completing digital closings has been a relatively seamless process.

“The city of LA has been great and continued to work with us to still deliver much needed homes,” Faina said. “We take great pride and responsibility in being considered essential infrastructure and recognize that before this happened, we were already in a housing crisis, so we’re doing everything we can to keep building and providing people with homes.”

2nd & PCH is a mixed-use retail development that just opened in October of 2019 in Long Beach, 60 percent of which is occupied. In the wake of stay-at-home orders for all non-essential businesses, now only seven of the 33 businesses currently in the space are still operating normal business hours.

“[The pandemic] has significantly reduced our footprint, which is heartbreaking, I have to admit, to walk through a center that’s been alive and flourishing,” Samantha Lopez, general manager of 2nd & PCH, told Inman.

“My primary focus has been that I be a high-level support for my tenants,” Lopez said. “I just want to give my tenants who have been forced to close [assurance] that they are secure, they are safe. No one should feel the need to board up their windows.” 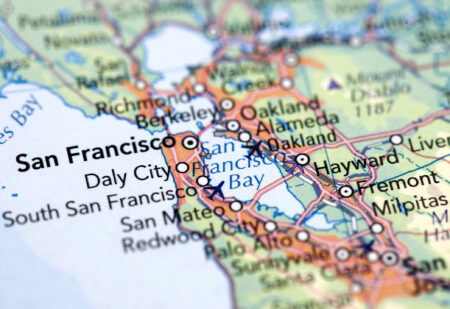 As of March 31, the stay-at-home order for seven Bay Area jurisdictions was extended by public health officers through May 3, superseding an order that was set to expire on April 7. The new order clarified that businesses should develop a social distancing protocol by April 3, and all residential and commercial construction would be prohibited during this time.

“We need more time to flatten the curve, to prepare our hospitals for a surge, and to do everything we can to minimize the harm that the virus causes to our communities,” Dr. Grant Colfax, director of the San Francisco Department of Public Health, said in a statement.

The Oakland City Council passed new renter protections on March 27 that will cap rent increases on all units in the city. Landlords will be prohibited from increasing rent by more than 3.5 percent, effective through June 30, 2020. Similarly, landlords cannot charge fees for rent payments missed during the outbreak on account of a coronavirus health crisis or related loss of work. And, no matter how long repayment takes, landlords cannot evict renters based on the grounds of missed payments during this time.

Many developments are simply not letting anyone who isn’t a resident into their buildings anymore. 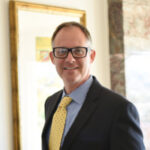 “In condo complexes, the doormen are not letting people into the building,” Jeffrey Marples, a broker associate with GPK Luxury Real Estate, told Inman.

“Clearly, there are no open houses,” he added. “All of my listings are in doorman buildings and I know I can’t get past the doorman,” Marples added. “The conversations I’m having with buyers now are with people who have seen my listings. I think these two months are going to be fucked. There’s not going to be much action going on. People are not looking at property. I’m sequestered, I’m watching after three kids.”

“Areas in the East Bay are different,” Marples noted. “I think the higher-end market is just a little bit slower and a lot of my action leading up to this event was around $1 million to $1.5 million [sales] compared to $2 million or higher.” 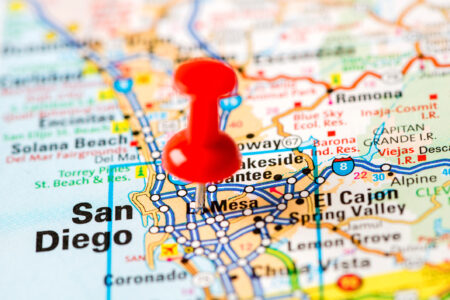 In San Diego, the City Heights-based San Diego Tenants Union is leading a rent strike of its own of roughly 100 participants, according to the San Diego Union-Tribune.

Although tenants will temporarily be protected under Gov. Newsom’s moratorium on evictions, there is a large population of undocumented immigrants in San Diego who will be ineligible to file for unemployment. Rafael Bautista, a union organizer, told the Tribune that many members of the Union fall into this category.

On the agent side, while some agents have noticed more trepidation in a few buyers and sellers, the market remains active. 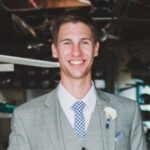 John Steele, co-founder of Team Steele San Diego Homes, had a recent homebuyer relocating from Colorado to San Diego back out of a transaction after an offer was already submitted and had been sent out for signatures.

“When they took their flight home to Colorado, they got to the airport, and it was mobbed with students who had come home from college,” Steele said.

The buyer was alarmed and decided that now might not be the best time to relocate. Steele also had a seller take their home off the market after losing their job recently amidst COVID-19 layoffs.

“Aside from that, it’s honestly been very active,” Steele said. “With all of our listings, we’ve been doing virtual tours so that people can tour homes even if they’re at home. Yesterday we had a home hit the market, and at the end of the day it had received an offer $15K over asking.”

Steele’s firm may have an advantage, however, since they’ve marketed themselves as a group specializing in helping buyers relocate to San Diego from elsewhere, and have used virtual tours and FaceTime with clients for the past few years.

“It was more on the relocation side [before the pandemic], but what’s been interesting for us to see is in the last two weeks, how quickly traditional people have gotten comfortable with shopping virtually,” Steele said. “A lot of people traditionally have thought, ‘I could never buy a home without seeing it in person.’ That’s changed quickly.”

Amidst the crisis, CAR has offered support to Realtors in a variety of forms. The Association recently launched a COVID-19 relief hotline to assist Realtors in achieving financial relief through options like the Paycheck Protection Program and Pandemic Unemployment Assistance. CAR is also continuing to provide updates on its website on a regular basis about the pandemic and suggestions for how Realtors can respond.

Inman has also provided a guide for industry professionals on how to keep your business running during this time.