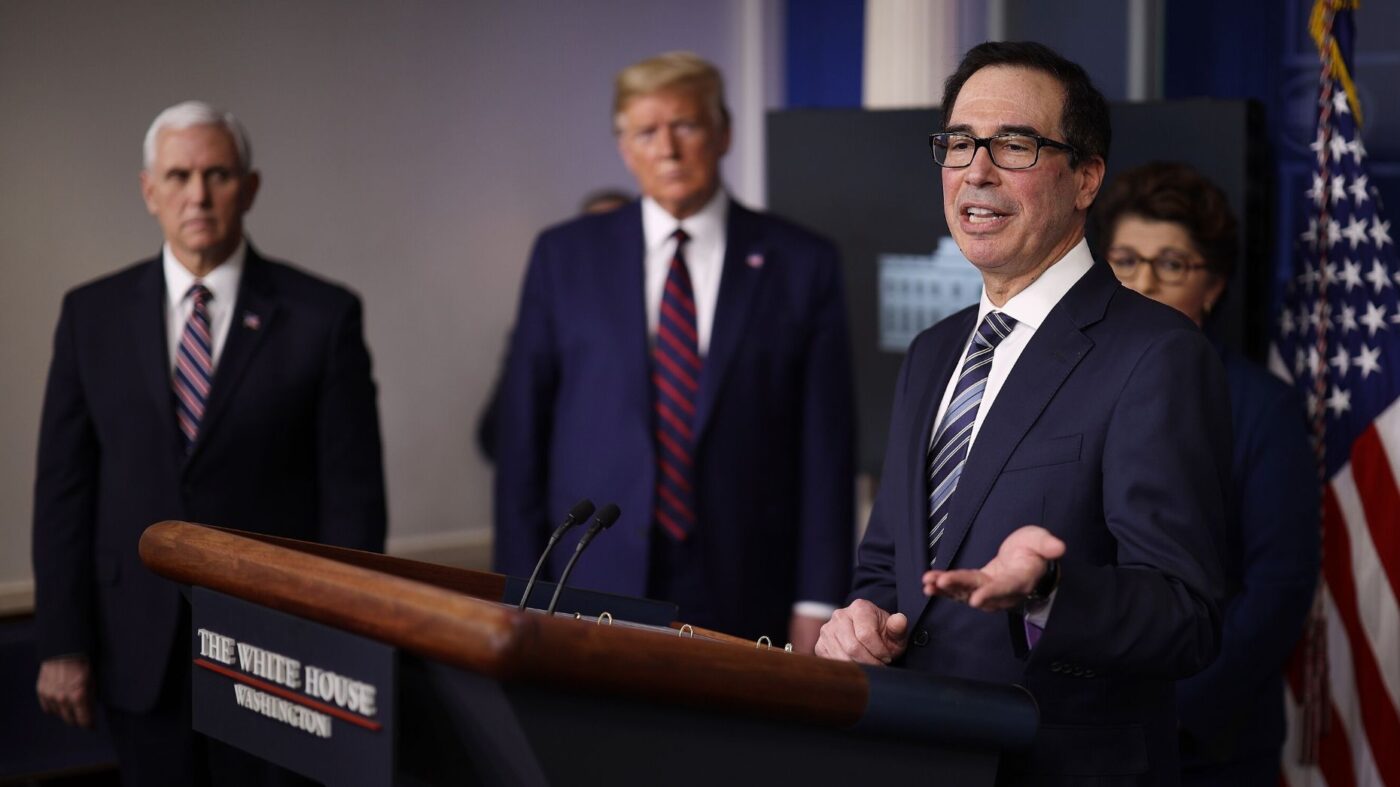 As many Americans are now seeing from a swift deposit by the IRS into their bank accounts, legislators are delivering on their promise to send “fast and direct relief” to people struggling economically as a result of the coronavirus pandemic.

However, what government officials did not do is provide a stipulation preventing banks from garnishing checks from individuals in debt, which means those checks may be used up by overdraft charges or other outstanding debt individuals have incurred through private companies. Congress did exempt payments from debt collection by federal or state agencies, however.

On a conference call last week, that The American Prospect obtained a recording of, Ronda Kent, the chief disbursing officer with the Treasury’s Bureau of the Fiscal Service, expressly told bank regulators that the Coronavirus Aid, Relief and Economic Security (CARES) Act does not prevent banks from seizing the stimulus checks, saying “there’s nothing in the law that precludes that action.” In contrast, with veteran, disability and Social Security payments, banks are unable to seize those funds before they reach the recipient.

Those checks of up to $1,200 for an individual and $500 per dependent were also expected to assist landlords indirectly, enabling tenants — at least in lower-cost cities — to pay their rent.

Now, elected officials are putting pressure on the Treasury to amend its policy so that individuals have a choice in how they use the stimulus checks.

“During this public health and economic crisis, the States do not believe that the billions of dollars appropriated by Congress to help keep hard-working Americans afloat should be subject to garnishment,” New York State Attorney General Letitia James wrote in a letter to Treasury Secretary Steve Mnuchin. “We request the Treasury’s assistance in ensuring Americans are able to retain that monetary relief.”

New York State Governor Andrew Cuomo also sent a letter to the Treasury, arguing that preventing the seizure of payments by private creditors will actually benefit the economy and individuals more in the long term.

“Exempting the stimulus payments from seizure by creditors will maximize the impact they will have on our fragile national economy, protect these funds from becoming simply a windfall to creditors, and throw more Americans a bigger life preserver,” Cuomo wrote. “Our job today is to ensure the resources available to turn our country back around and kick-start our recovery are delivered, quickly and fully.”

Several states and local governments have enacted their own halts on evictions and rent freezes in order to support those struggling now from the economic fallout of the pandemic. The Delaware Housing Assistance Program, for instance, is even providing some tenants payments of up to $1,500 so they can make their rent.

However, if individuals struggling with debt don’t have a choice about where their stimulus check goes, it leaves other small business owners — like landlords — in the lurch when their source of income suddenly becomes unreliable.

This Maryland house has an entire village in the basement

Homeowners are unprepared for flooding in many cities: Report

Mets star, NYC landlord locked in rental dispute
Back to top
Refer friends to Select and get $200 in credit.Register Here×
Connect Now is less than one week away. Prices go up May 30.Reserve your seat today.×
Inmanpot