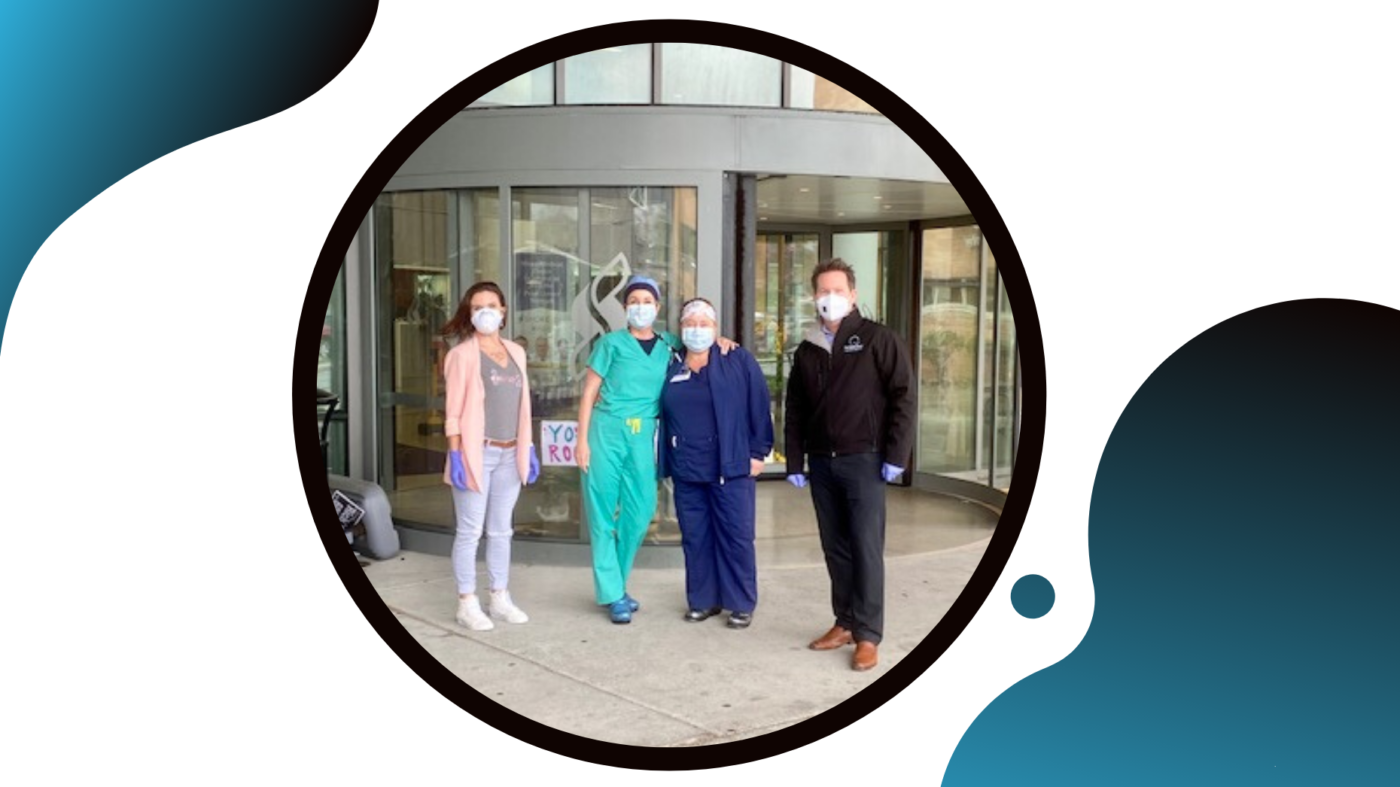 For nearly two months, medical professionals have been on the front lines of the battle against COVID-19. Beyond grueling hours with little sleep and restricted contact with family, these professionals have placed their lives on the line, with well over 9,000 contracting the virus while caring for others.

“With what’s going on in this world and who’s actually still working and who are our real heroes, we said it would be a good thing to get the community involved,” he said of the initiative. “We wanted everyone to share who their favorite doctors and nurses were so we could go support them.”

Quintin’s team quickly created and launched a website that invited community members in Ocean City, New Jersey, and nearby areas to nominate their favorite doctor or nurse to win a catered lunch. Over the course of four days, nearly 100 nominations poured in with heartfelt anecdotes about some of South Jersey’s best medical professionals.

Quintin Group South Jersey Region Director Christina Sciarretta said she was touched by the stories of nurses and doctors who not only tended to their patient’s physical needs, but also their emotional needs by offering a smile or pausing to listen to a story.

Sciarretta and Quintin were prepared for the struggle of choosing a winner, but a Shore Medical Center coronavirus response nurse in nearby Somers Point quickly caught their attention as she received more nominations than anyone else.

“The nurse who won, Carmen, is a widow. Her husband was struck by lightning 10 years ago, so she’s a single mom, and she’s working on the COVID-19 floor,” Sciarretta explained. “She got an overwhelming amount of votes, and the things people were saying about her were amazing.”

“She said, ‘I never win anything’ when I called her about the award, but I told her that wasn’t really the win,” she added. “I told her, ‘The real win were things people said about you.’ People said she works tirelessly, she always has a smile, she has such compassion and dedication.”

“All of these things they said about her is what you’d hope someone would say about you,” she concluded.

After a week of coordinating the best delivery time, Quintin and Sciarretta were finally able to deliver a smorgasbord of sandwiches, chips, cookies and drinks to Carmen and Shore Medical Center’s entire coronavirus response team on Tuesday.

As for the other nominees, Quintin and Sciarretta gave them a call and read every message written about them.

“We wanted to give them some recognition and let them know what other people were actually saying about them,” Sciarretta said.

The duo said they hope to spread the love to other first responders, including police officers and firefighters, and educators who are teaching from home.

“Those are the people who are the real heroes in our communities, so we want to honor them as well,” Quintin said.

The Real Word: Hidden seller costs every agent should disclose
Back to top
We've updated our terms of use.Read them here×
Inmanpot