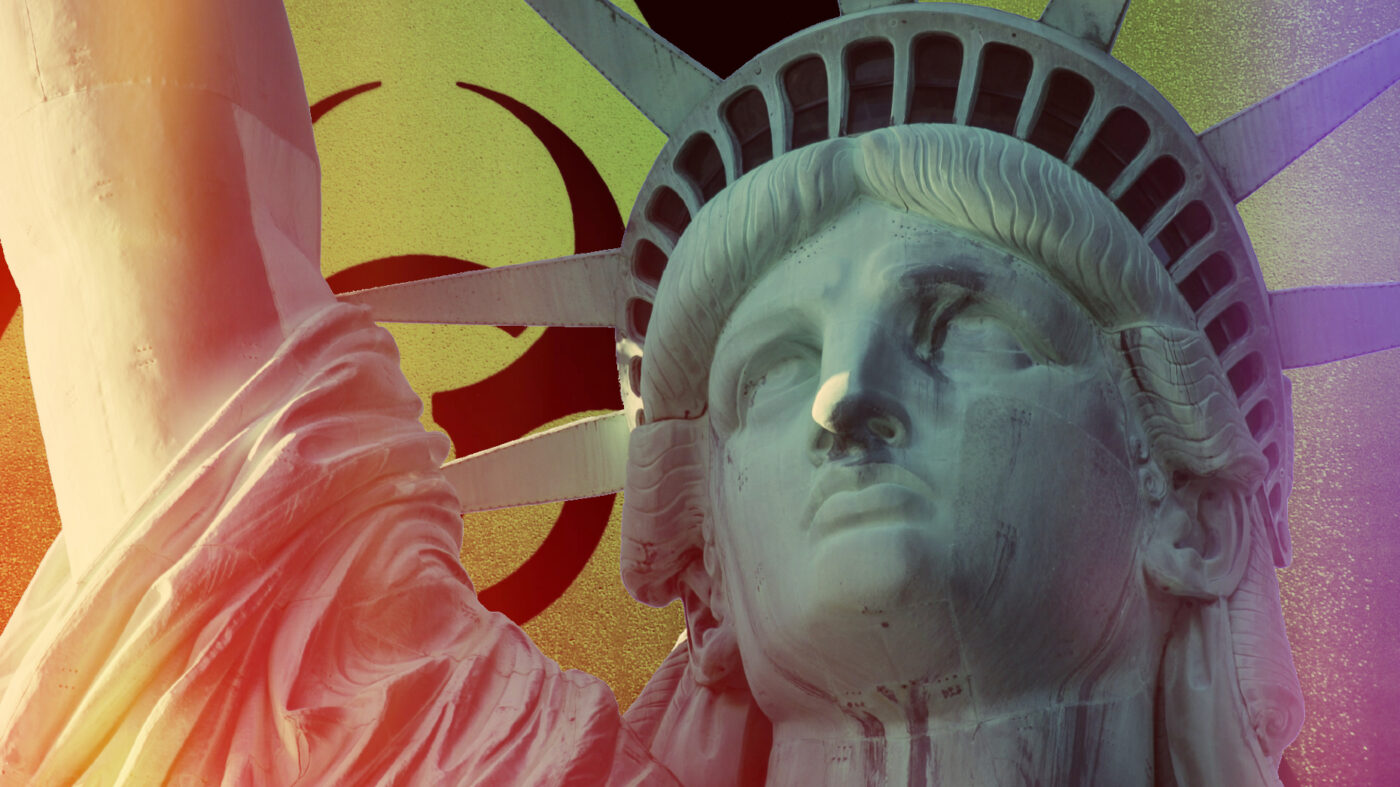 New York wasn’t the first state to see a severe outbreak of the coronavirus, but it quickly became the most deeply impacted.

The first case in the state — a woman who had recently traveled to Iran — was confirmed on March 1. A day later, Gov. Andrew Cuomo said that the woman was in isolation. And while he expected the virus to spread in the community, he also said “there’s no reason for concern.”

But it turns out, there was.

Two and a half months later, nearly 350,000 New Yorkers have had the virus and more than 22,000 people in the state have died. In New York City alone there had been nearly 200,000 cases as of May 14. The economy has been crushed and workers from numerous industries — including real estate — are suffering.

There have been some glimmers of hope along the way as well, and officials are now inching toward reopening parts of the economy. It’s a fluid situation, so here’s what’s going on in the state, followed by some of the most populous counties:

As the largest city in U.S., as well as the country’s financial and cultural heart, New York City needs no introduction. However, it is worth noting that the city’s population currently stands at more than 8 million people and that the broader metro area is home to more than 20 million people (though the metro area does include communities in surrounding states).

As noted above, New York City has also been the epicenter of the coronavirus pandemic.

The real estate market in New York City is vast, but data from realtor.com shows that the median listing price in April across the entire city was $1,662,550. That’s unchanged from one month prior, but a 2 percent drop year-over-year.

Additionally, the city had 8,180 active listings in April, which represents an increase of just over 4 percent compared to one year prior. New listings fell about 40 percent, year-over-year, to 1,276.

Data that Corcoran provided to Inman further shows that in April, 288 contracts were signed in Manhattan, which is a dip of 80 percent year-over-year. Manhattan inventory dropped 28 percent in April compared to the same month last year, and new listings were down 88 percent.

Corcoran’s data further shows that the borough had a median sales price of just under $1 million in April. That’s down 16 percent compared to the high point in 2017, and the company told Inman that pricing is now back to levels most recently seen in 2014.

Data from realtor.com shows that April’s median listing prices in Queens, the Bronx and Staten Island were $599,050, $441,850 and $599,050 respectively. Those numbers are all slightly down compared to one year ago. New listings were also down significantly in all three boroughs.

The Real Estate Board of New York (REBNY) also published a report this week showing that during the first quarter of 2020 — which includes pandemic-impacted March — the city’s “total sales volume and total residential transactions decreased significantly.”

Long Island is not a single city or county, but rather a collection of communities. The western tip of the island includes the New York City boroughs of Queens and Brooklyn, while the eastern parts include upscale communities such as the Hamptons.

A beach in the Hamptons. Credit: PhotoAlto/Jerome Gorin and Getty Images

Nassau County, which spans the western middle section of Long Island, has long been a haven for wealthy and aristocratic families.

In total, the population of Long Island includes nearly 8 million people (though many of those people live in New York City, which was addressed in the section above).

OneKey MLS, the multiple listing service that operates on Long Island, provided Inman data showing that the median home price across Nassau, Suffolk, and Queens counties in April was $496,000. That’s up 9 percent year-over-year.

The region also saw 1,613 closed sales in April, which represents a decrease of more than 44 percent year-over-year. Moreover, inventory across those three counties fell nearly 21 percent in April compared to the same period last year.

Erie County is home to just under a million people. Along with neighboring Niagara County, the region makes up the second largest metropolitan region in New York state. Only the New York City metro area is larger.

Buffalo — home to about a quarter of a million people — is the county seat and largest city in the region. The city sits on the shores of Lake Erie. The city traditionally had a manufacturing-based economy, though like other Rust Belt metro areas it suffered in recent decades as that sector declined.

Buffalo is also known for its city hall, which is one of the finest examples of Art Deco architecture in the U.S.

According to data from realtor.com, in April Erie County’s median listing price was $249,950, which was an increase of 2 percent year-over-year.

The data also shows that there were 919 homes for sale in Erie County in April. That number represents a decline of 24 percent year-over-year.

There were also 280 new listings, which is down more than 69 percent compared to the same period last year, the data shows. And days on market increased nearly 60 percent year-over-year in April to 61.5.

Monroe County is located on the coast of Lake Ontario and as of 2019 was home to just under 750,000 people — making it the state’s third most populous county.

The county seat and largest city is Rochester, which has a population of just over 200,000.

The University of Rochester. Credit: Yassine Khalfalli and Unsplash

Rochester is known for the University of Rochester, and for being the birthplace of numerous prominent companies including Kodak and Xerox.

According to data from the Greater Rochester Association of Realtors, the county’s median sales price was $162,500 in April. That’s up 12.1 percent compared to the same period in 2019.

The data also shows that there were 753 homes for sale in Monroe County in April, which represents a drop of 21.6 percent year-over-year.

April additionally saw 536 new listings in Monroe County, which was down 53.2 percent year-over-year, and 455 closed sales, which represents a drop of 30.4 percent compared to one year ago.

A new report from Lending Tree further shows that Rochester was among the three metro areas in the U.S. that has seen the largest increase in online searches for homes through the end of April.

Albany County sits about 150 miles north of New York City and is home to just over 300,000 people. The county seat and largest city is Albany, which is also the state capital.

Just under 100,000 people live in Albany, which is located just 20 miles from the Massachusetts border. Albany is one of the oldest areas in the U.S., having originally been settled in the early 1600s. Two centuries later, it thrived thanks to its location on the Erie Canal.

Data from realtor.com shows that in April, Albany County’s median listing price for a home was about $287,549. That number represents a drop of 3 percent year-over-year, as well as a drop of 1 percent compared to one month prior.

April also saw 100 new listings in Albany County. That’s down 72 percent year-over-year, and 62 percent compared to just one month prior.