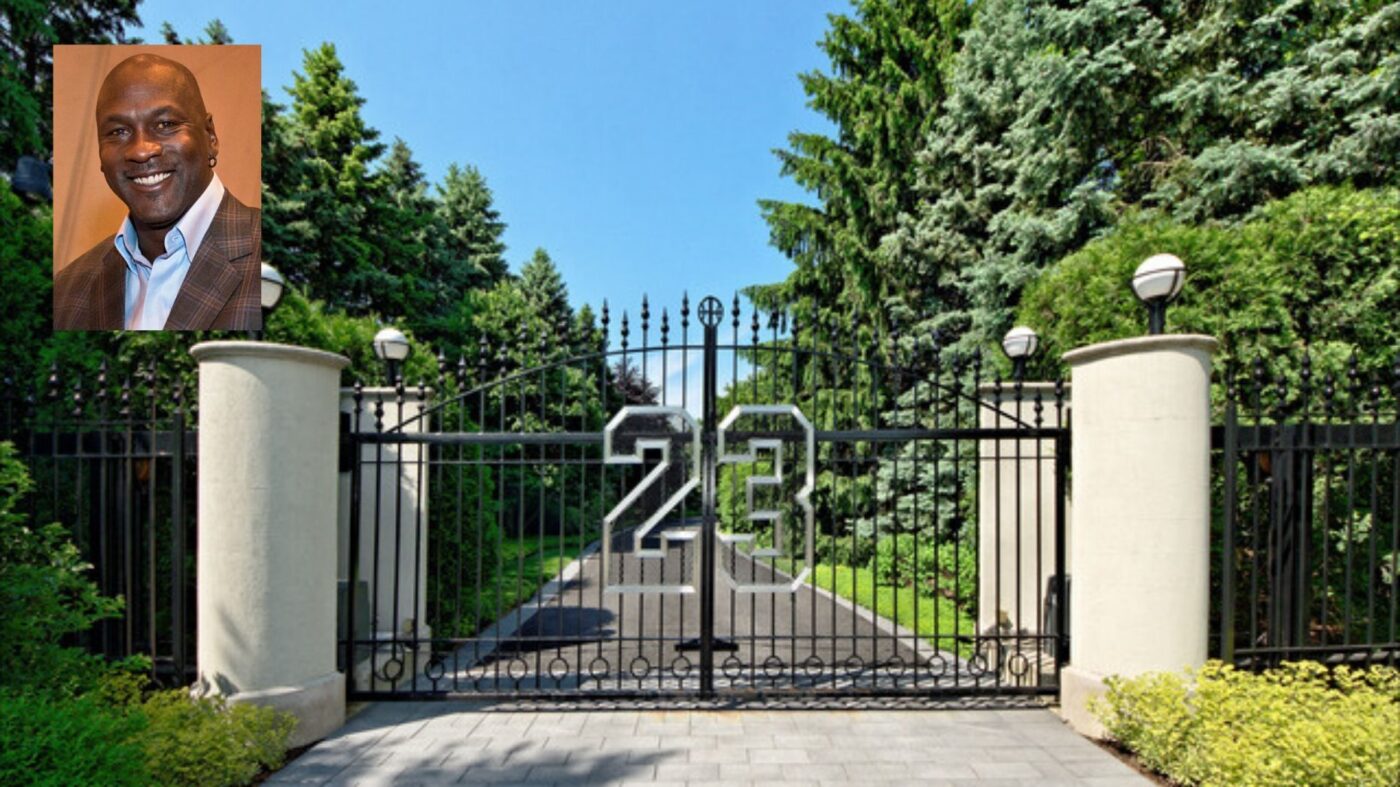 “The Last Dance,” ESPN’s 10-part documentary series showcasing Michael Jordan’s iconic career with the Chicago Bulls, has many reminiscing about bygone days of the basketball great and an unforgettable era of the game. But will nostalgia be enough to spur some interest in Jordan’s Chicago mansion, which has been on the market since 2012?

At this point, it’s hard to say.

Jordan purchased the seven-acre lot the home stands on in 1991 and completed construction on the 56,000-square-foot property in 1995. Although a steady flow of cars drove by the property on Saturday — the day before the season finale of “The Last Dance” aired — superfans donning Bulls jerseys largely made the drive-by in order to catch a glimpse of Jordan’s security gate inscribed with Jordan’s jersey number, “23,” reports Chicago Magazine.

The property, located at 2700 Point Lane in Chicago’s Highland Park neighborhood, is surrounded by a wall of 40-foot evergreen trees and contains nine bedrooms and 19 bathrooms. Back in 2012, the custom-built home was listed for $29 million, and then failed to earn a minimum reserve price of $13 million when it went to auction in 2013.

One of the property's sitting areas

A game room that seats 20 people

The property includes an infinity pool

Jordan’s mansion is now being listed by Compass broker Katherine Malkin for $14.855 million — the digits of which, when added together, equal 23.

Although the price may be a fun nod to Jordan’s jersey number, it doesn’t make marketing the home easy. The average listing price for a home in Highland Park is $700,000, which makes Jordan’s property over 20 times pricier than what’s typical for the area. In addition, most multimillion dollar properties in Chicago have lakefront access, but Jordan’s property is three miles inland.

Other outstanding features of the property that could potentially polarize buyers include a game room for 20 people, a cigar room, a pair of doors from the original Playboy Mansion, an enormous weight room and a full regulation-sized basketball court.

Although Illinois real estate agents have reported fewer sales during the COVID-19 pandemic overall, and particularly in the luxury market, initial signs of an uptick in activity have started to emerge, which may help move Jordan’s property. Furthermore, Zillow reported just last week that new listings in the highest price tier were up by 8 percent week-over-week.

Sales in Highland Park specifically have also improved recently with sales over a seven-day average in the beginning of May exceeding the 90-day average.

So, an improving market paired with Jordan’s recent time in the spotlight might just give him the home sales-slam dunk he’s looking for.

Real estate as a sport: 4 lessons we can learn from athletes

English estate where the Magna Carta was signed lists for $5.9M