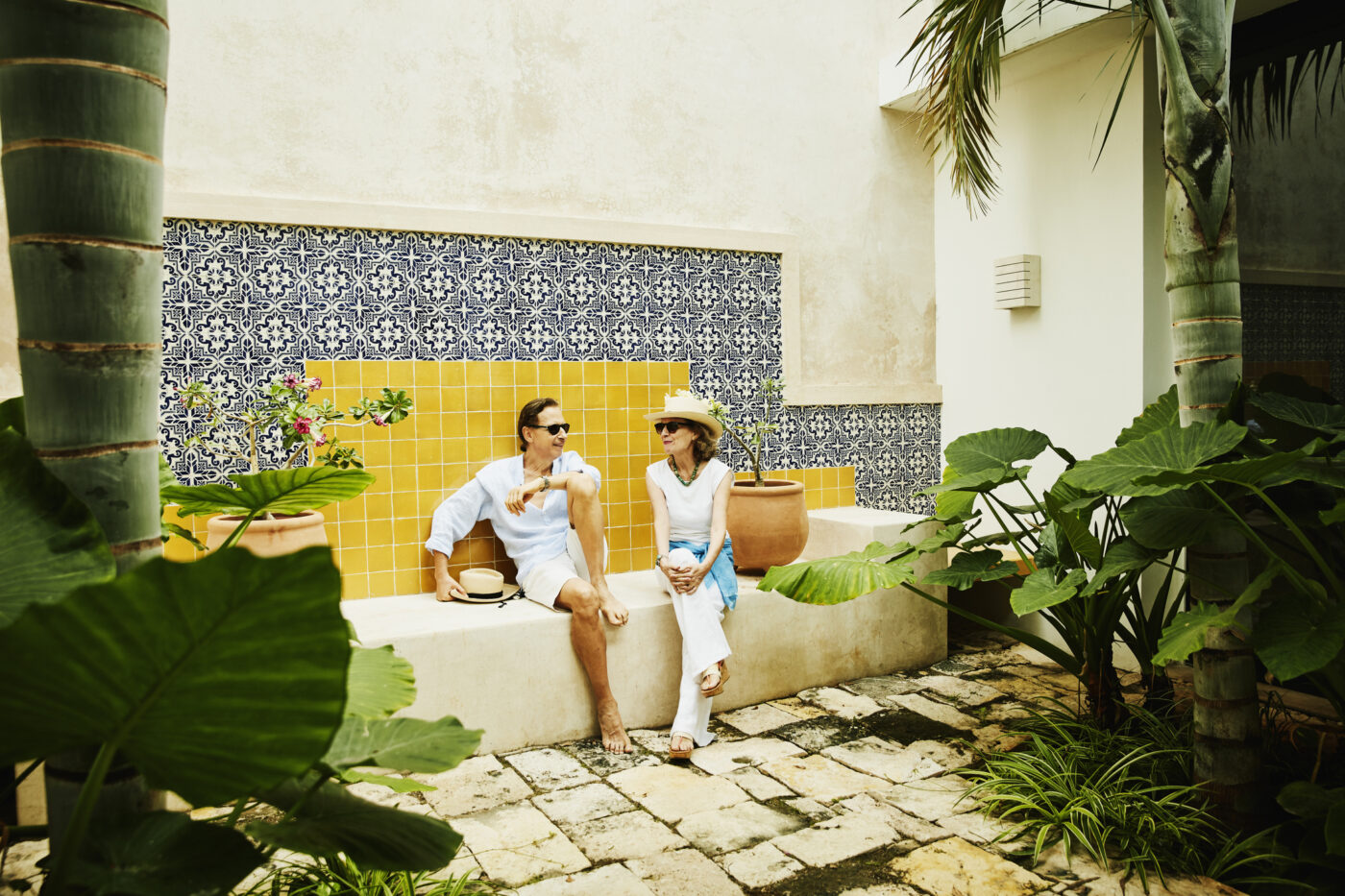 Couple At A Vacation Home

“Since this happened before Memorial Day, people are saying, ‘I can get $400 grand for four months? I’ll just list it in September.'”

Even as the economic fallout of the coronavirus pandemic hits people of all income levels, homeowners are holding on to vacation houses and renting them for top dollar for the summer.

Sally Forster Jones, Executive Director, Luxury Estates at Compass in Los Angeles, said there’s been an explosion in affluent people looking to rent a luxury property this summer. Homes that have a resort feel — a pool, spa and fitness amenities, lots of outdoors space and access to the beach — are particularly popular in places like Malibu and Laguna Beach.

“The prices have increased dramatically because there’s such a demand,” Jones told Inman, adding that summer homes in the Los Angeles area can rent for hundreds of thousands of dollars for several months. “You have local residents saying ‘look, I’m not going on vacation, but I just want to get out of my house.'”

In the past, financial uncertainty pushed people with vacation homes to consolidate and get rid of any additional mortgage payments or expenses that come with owning a second home. But now, anyone who owns a vacation house in a popular area has a hot commodity. Jones has also observed increased interest in lease-purchase, in which a client leases a home for a few months to test it out and then commits to buying it full time.

“Many property owners are going to lease it out in the interim and hang in there for a while,” Forster said. “Becoming a landlord rather than a seller right now is working in a lot of owners’ interest.”

Bonneau Ansley, who recently expanded his brokerage to focus on vacation and second homes near Atlanta, said that nearly all the vacation homes in popular vacation destinations like the Blue Ridge Mountains and Sea Island are rented out for the summer. He has seen luxury properties rent for as much as $50,000 a month.

“People can only stay inside their house for so long,” Ansley said. “There are so few opportunities for any rental properties because there has been a flood of people from cities like Chicago and New York that want to be in those areas. There are very few cases [of the virus] and you have the beach for the ultimate social distancing.”

Proximity to a major city is a major draw for luxury rentals. Since the start of the coronavirus outbreak in March, the Hamptons have seen an explosion of affluent New Yorkers looking to get into an estate away from the pandemic’s hotspot. And in many cases, wealthy buyers are willing to pay extremely overinflated prices — back in March, a man paid more than $2 million to rent a house until the end of the summer.

Dylan Eckardt, a luxury agent with Nest Seekers International in the Hamptons in New York, has been fielding call after call from people inquiring about rentals. Potential sellers, meanwhile, are holding on to their houses tightly and looking to make money renting instead.

“If [the pandemic] happened in September or October, I would expect to see more putting up their excess properties,” Eckardt told Inman. “But since this happened before Memorial Day, people are saying I can get $400 grand for four months? I’ll just list it in September.”

That said, some vacation home owners are still feeling the push from the pandemic-fueled economic fallout and trying to sell. Brian Dougherty, managing director at Compass in Boston, has observed an uptick of people looking to sell homes in some of the state’s most affluent summer vacation areas, such as Cape Cod, Martha’s Vineyard and Nantucket. Most of the homes, priced somewhere between $3 and $5 million, are luxury properties that owners bought as an investment and vacation property during more prosperous times.

“There are always going to be people who are immune to the effects of the pandemic’s stock market crash, they are the buyers,” Dougherty told Inman. “But there are also those who have been riding along for a while and have mortgages on every property. There is uncertainty about their jobs. Those are the people that are calling and asking what it would look like to sell.”

But a reverse side effect of the pandemic — buyer desire for large estates and isolated properties — has prevented the kind of market oversaturation that usually comes during an economic fallout. Instead, Dougherty has been seeing some vacation home owners looking to sell but also increased numbers of people looking to buy. He sees his job as matchmaking those different needs.

“If it was just the downturn, we wouldn’t be having this match-up,” he said. “But the psychological buyer mentality is saying, ‘We want salt air, we want fresh air, we want breathing room.'”

Chris Finlay, of Halstead Real Estate in Connecticut, has also observed an initial wave of New Yorkers looking for short-term furnished rentals in Greenwich. The demand was much more than the affluent town could provide and they’ve had to come up with different solutions, with some people extending leases for a year and others buying.

He predicts that rental will continue to be popular for the near future but, as summer heads into fall, vacation home listings will pick up as buyers reevaluate priorities for suburban life and larger spces and sellers, squeezed by the downturn and no longer seeing the current wave of rental interest, put second homes on the market.