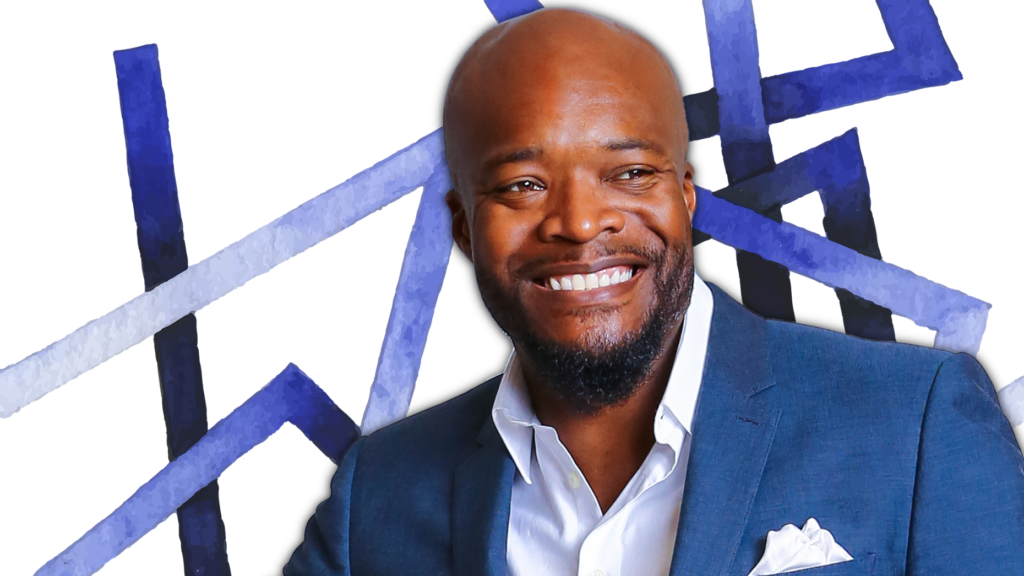 Veteran real estate agent Kofi Nartey shares his 17-year journey from acting to becoming the broker-owner of his own luxury brokerage, Society Real Estate and Development.

Before Kofi Nartey graced the stages of the nation’s largest real estate conferences, he spent a decade on some of Hollywood’s most famous backstages as a small-time actor for TV shows and movies, such as Modern Family and The Fast and the Furious.

“In LA, everyone’s an actor or real estate broker,” Nartey said of his introduction to the real estate industry in 2003. “I was both.”

“It was funny because I’d be on the set of a film or TV show, and the writers, directors and other actors would be talking about real estate,” he added. “I knew I could help them, but I was just there as the construction worker, the bad guy or whatever character I was playing.”

For a time, Nartey juggled both passions until the responsibilities of life — namely the impending birth of his first child with his wife, Mimi — pushed him to choose between acting and real estate.

“I had a really good acting career, all things considered,” he said. “I never made it big time, I never was a household name, but I made a really good living from it and met a lot of amazing people.”

“But you’re never really going to excel at anything until you fully commit yourself to it, whether it was going to be acting or real estate,” he added.

Nartey, who’d been listing condominiums and townhomes, decided to up the ante by earning his broker’s license in 2006 and shifting his focus to the luxury real estate market in 2008.

“I had to figure out how to differentiate what part of the market I was going to own,” he explained. “I wanted to scale my business and service the people I’d worked with in my acting and sports careers. ”

“I started digging into what’s different about their needs and the needs of celebrities in general, which overlaps with the needs of affluent individuals in terms of privacy and service level.”

From there, Nartey made a steady climb to the top of the luxury real estate industry with leadership positions at The Agency and Compass and becoming the go-to agent for athletes including Michael Jordan, Kevin Durant, Nick Young and Marcellus Wiley.

Although Nartey had long hung up his football cleats — he played for UC Berkeley and the Oakland Raiders — and filed away his comp card, the triple-threat said the skills he learned as an NFL wide receiver and actor were the perfect foundation a for thriving career in LA’s uber-competitive market.

“There are some very basic [skills you learn] like teamwork,” he said of his time as an athlete and actor. “When you’re a teammate, you have a role to play, and you’re used to really holding down that role and excelling in that role because your teammates depend on you.”

“Another thing [I learned] from sports is resiliency,” he continued. “You’re going to win; you’re going to lose. But you have to keep moving forward and deal with challenges.”

“Sports, at high levels, have pushed your mind and your body to the ultimate limits,” he concluded. “Now, in the business world, nothing compares. When things get extremely challenging, my sense memory knows how to deal with it.”

Nartey’s grit and resiliency have come in handy, especially with the May launch of his full-service luxury brokerage, Society Real Estate and Development.

“This was something that was inevitable in terms of the progression of my career,” he told Inman. “I’ve been in real estate for 17 years, and I knew at some point that I’d need to, want to or have to launch my own brokerage.”

“For me, I was fortunate enough to find a company in Side to run my back-end for me,” he added. “Their technology and what they had made me look at their platform and say, ‘I can do this sooner.'”

Nartey said Society is the culmination of his experiences as an independent agent and as the director of two of the nation’s largest sports and entertainment real estate divisions.

“I wanted to pull from all of their models to create something unique that could better service the entire real estate portfolio of my clients,” he said. “We deal with what’s usually the largest transaction of people’s lives. But with that, especially with our high net worth and affluent clientele, they often have real estate portfolios and they want to build out those portfolios.”

“They have other assets like second homes and vacation homes, or they want to invest in multi-family assets, or they want to build mixed-use developments,” he added. “So I wanted to have a team that could service all of that.”

The pandemic threw a wrench into Society’s launch, Nartey said, but he’s transformed it into an opportunity to make his business and team better.

“The first thing in a crisis like this is safety and security,” he explained. “It’s like, ‘Wow, what’s going on? How do we handle it? Am I safe? Is my family safe? Are my friends and everyone else safe?’ Once that safety is secured, you go to ‘What can we do with this time?'”

“There’s some time that has been given back to us, in a way,” he added. “I’ve been given this extra time, I’ve been working on this business venture, and now I’m going to have extra time to improve everything I was going to put into it.”

He continued, “I’ve also been thinking, ‘Who are we going to be on the other side of this?’ We really shouldn’t emerge as the same person.”

Nartey said he’s been testing digital showing options for his clients, who often buy properties in other states and countries, and will likely cancel their traveling plans for the foreseeable future. He’s also gone back to the drawing board on the services Society will offer, with the knowledge of what a “pandemic can do.”

“We’re building with the client of the future in mind,” he said.

Beyond bolstering Society’s service, Nartey has placed a greater emphasis on the brokerage’s giving. For years, Nartey has been donating a portion of his commissions to the Nartey Sports Foundation, which provides sports opportunities to underserved youth.

Now, Nartey said, the donations will be split with No Kid Hungry, an organization that provides meals to children facing food insecurity.

“We want to make sure there’s an awareness and sensitivity to what’s going on while creating a sense of hope,” he said. “Even with announcing the brokerage, I have never received more responses. I had so many people reach out and be excited about it. That fuels me to get this right and give back.”

Looking forward, Nartey wants Society to not only become a testament to his hard work, but an example for real estate professionals of color who are unsure about their ability to rise to the same heights.

“I always have big goals,” he said. “In the next two to three years, I want [Society] to be the largest privately held African-American-owned luxury real estate brokerage in the country. There’s a real void that exists there, and we have an opportunity to fill.”

If there’s anything Nartey wants agents to learn from his story, it is the importance of betting on yourself.

“Prepare, read, study and ask questions,” he said. “But know that you’re never going to be completely ready. Once you get to that 80 percent mark, it’s time to move forward and give it a shot.”

“If I don’t fail forward, then I’ll never get there.” 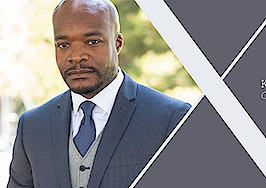 Luxury Connect: Kofi Nartey on how to build a wealth advisement team 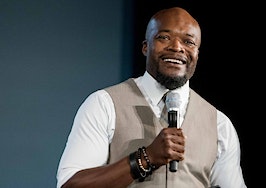 WATCH: Courting Athletes and Celebrities as Clients with Kofi Nartey 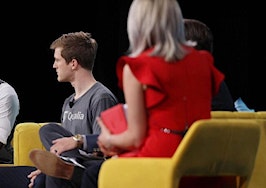 WATCH: How to succeed as a niche real estate agent 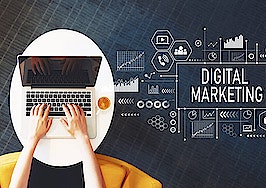