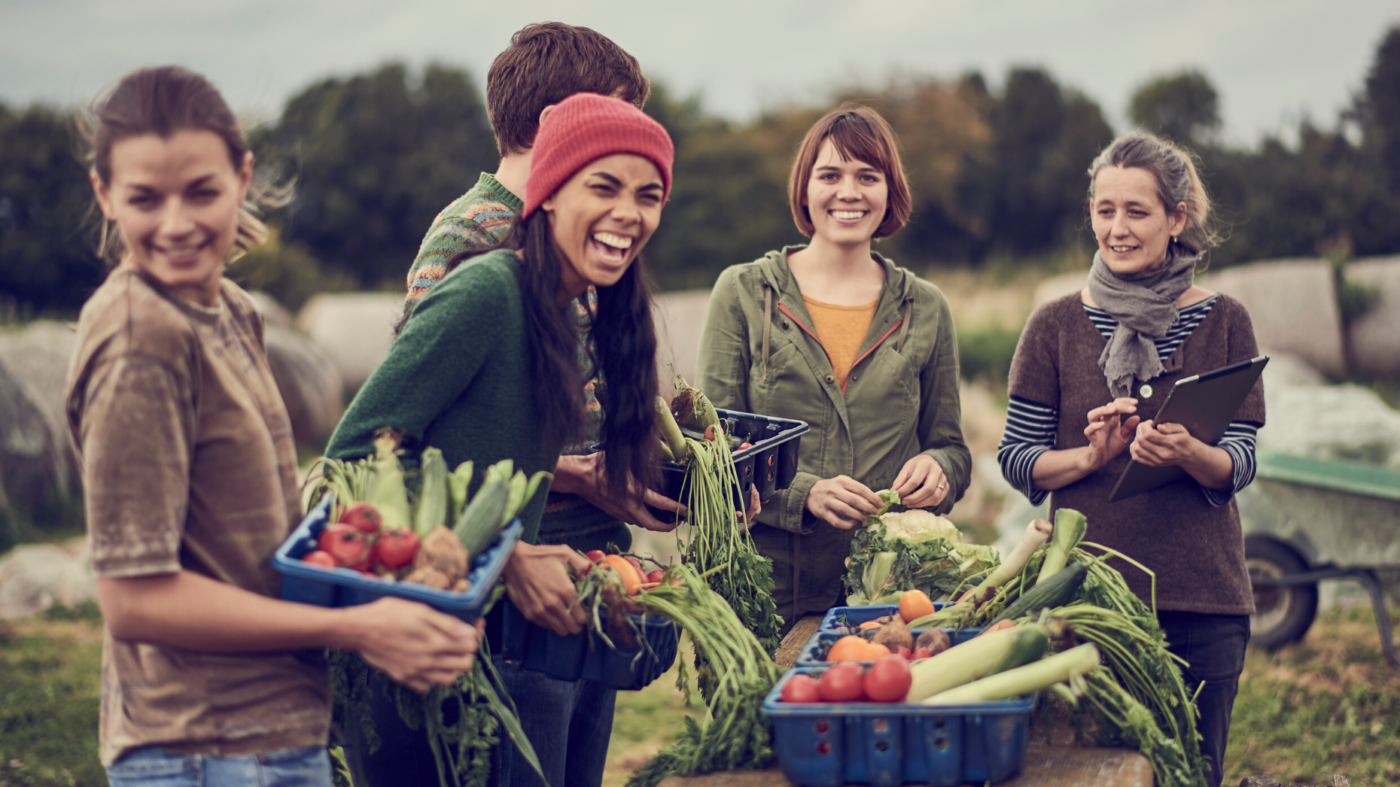 As the pandemic continues, Americans are reconsidering their real estate must-haves, as evidenced by trends that revealed residents abandoning their once-bustling city blocks for greener, less dense pastures. Although some will undoubtedly go back to their high rises, three experts told Inman the shift to rural living is here to stay in the form of so-called “agrihoods.”

Shorthand for agricultural neighborhood, agrihoods are sprawling, single-family or mixed-use developments that include farms, pastures, and other health-focused amenities.

“If you think about it historically, initially in American history, almost everyone grew their own food or they knew who did grow their food,” said Urban Land Institute fellow Ed McMahon. “If they weren’t a farmer themselves, there was a farmer just up the road from them.”

“Over the next two centuries, we then separated food consumption from production and we took food for granted,” McMahon added. “Now we have a foodie generation that would like to know where their food came from, where it was grown and where it was sourced.”

“I think younger people like this idea of living in places that have a more authentic feel to them,” he continued. “They also value experiences more than stuff. Agrihoods have been shown to grow more than vegetables. They grow a sense of community.”

McMahon estimates there are more than 100 agrihoods in the United States, with some located in picturesque, faraway locales such as Hawaii, or nestled in the suburbs of bustling cities like Chicago. Although most agrihoods focus on producing fruits, vegetables, and dairy, McMahon said others have orchards, vineyards, gardens, and items as niche as Christmas trees.

“One development, Cooke’s Hope, has designer cows,” he said with an air of excitement. “They just have pastures filled with Scottish cows that are half black and half white.”

“They look like Panda bear cows,” he added while laughing.

Since the pandemic, McMahon said he’s heard about at least one new agrihood per week — a trend that he expects to continue as homeowners begin valuing lifestyle over location.

“Once a week, I hear about someone building a new one,” he noted. “They’re all in different stages of development. Some are in entitlements, some are complete, and some are totally sold out.”

“There’s the idea of access to nature, and people actually looking for space and fresh air,” he said about agrihoods growing popularity. “It’s possible to social distance in an agrihood in a way that might not be possible in a city.”

“Two months ago, we were kicking along and then the virus hit,” he said. “Now everybody wants to live in an agrihood. We’re getting calls all the time now, but the problem is [that] it takes a while to build them.”

Redmond said his company has 15 projects in the pipeline with four or five waiting in limbo due to zoning.

“It takes so long to get real estate entitlements and approvals,” he said. “We’re going to be backed up.”

Unlike regular single-family and mixed-development neighborhoods, Redmond said agrihoods require a number of other land use and conservation easements that ensure farmland and green space will be preserved.

“With the virus, [the approval process] is going to change,” he said. “We had a call two [weeks] ago with a North Carolina project and the city manager in the Zoom call said to the owner, ‘We will get this approved for you as fast as possible.’”

Redmond, who is often credited with creating the agrihood trend, said cities and developers are rethinking the necessity of agrihoods. What was once considered a marketing feature, is now becoming a cornerstone of creating sustainable communities.

“The virus has created the imperative to take them out of the marketing idea,” he explained. “It’s taken it out of that realm and into a real health, societal living focus. Like, how are we going to deal when the next virus comes around?”

“It’s a mixed emotion thing for us because we’ve been working on it for a decade hoping for this migration from cities into more natural settings,” he continued. “We didn’t expect it to happen because of such a tragic kind of event. But we have part of the solution due to this COVID thing.”

One of the nation’s largest agrihoods Serenbe.

Beyond providing access to fresh produce, Redmond agrihood developers are beginning to consider how they can enhance the health of homeowners by including health centers, nutrition concierges, shared office space surrounded by farmland, and farm-based art studios and occupational therapy.

“There’s a direct tie of the agriculture to specific programmed activities for people who live there,” he said. “[For example, we’ll calculate] how much of a plant we need to [grow] in this subdivision to serve people who are drinking shakes every morning so they can be healthy.”

In addition to improving the health of residents, Redmond said his team is dedicated to restoring and preserving the land by using green products and sustainable growing methods.

“We’re trying to improve the farming too,” he added. “It’s part of the goal.”

Farmer and agrihood consultant Erich Schultz echoed Redmond’s sentiments, saying that developers must understand that farming is a “long play” amenity — not a short-term marketing ploy.

“Developers really need to change their way of thinking in these communities because a farm is a long play, versus getting in, getting it built, and getting out,” Schultz, who also owns Arizona-based Steadfast Farm. “It has to be set up differently so there’s a long-term success amenity.”

As part of his consulting, Schultz educates developers about conservation easements, connects developers with farmers, and helps draft buyer disclosures that explain the farm will sometimes have weeds or smell, due to the presence of cows or manure.

“We have to make sure the farm is a sustainable business, and it’s just not there to look pretty and sell houses,” he added.

Schultz said the presence of a skilled farmer is the top indicator of success for an agrihood, and that he designs farms that aren’t dependent on the community to survive.

“We try to set it up to where there are not responsibilities,” he said. “Oftentimes, people will mistake or make assumptions that residents have to come out and weed the fields, put in their time and things like that.”

“While that maybe happens in some communities where that’s intentional, I try not to set it up like that,” he added. “It’s often a recipe for disaster due to the busyness of life.”

Looking forward, McMahon, Redmond, and Schultz all believe agrihoods will only grow in popularity and access, as developers have already remixed the trend to work in cities and lower-income neighborhoods.

“I think that we’re already on a trend of exponentially increased popularity, and this pandemic has exposed a lot of weaknesses in our industrial food system,” Schultz said in response to the early days of the pandemic when grocery store shelves laid bare.

When it comes to affordability, McMahon said the $400,000-plus price tag of homes in agrihoods will eventually decline as they transform from a real estate niche to a mainstay.

“We have a greater demand for this project than supply,” he said. “If we had more of them, they wouldn’t cost so much.”

However, McMahon said there’s a number of urban farms popping up throughout the country with community leaders and farmers successfully using small spaces, like rooftops or curbside gardens. The best example, he said, is New York City’s Arbor House, a 124-unit affordable housing development with a 10,000-square-foot hydroponic farming roof.

“The food is made available to the residents through a CSA, which is a community support agriculture [group], and the extra food is then sold in the neighborhood,” he explained.

McMahon also said real estate professionals should look for the agrihood trend to expand to commercial builds, such as hospitals.

“One of my favorite projects is a project out in Indianapolis,” he said. “It’s called Eskenazi Health and they’ve done amazing things there.”

McMahon noted the hospital has abundant green space that can be seen from all vantage points and a rooftop farm, restaurant, and learning center that teaches residents from low-income neighborhoods how to grow their own food.

“As one of the low-income residents said, ‘Growing your own food is like printing your own money,'” he added. “And it provides a greater connection to the land and the soil.”