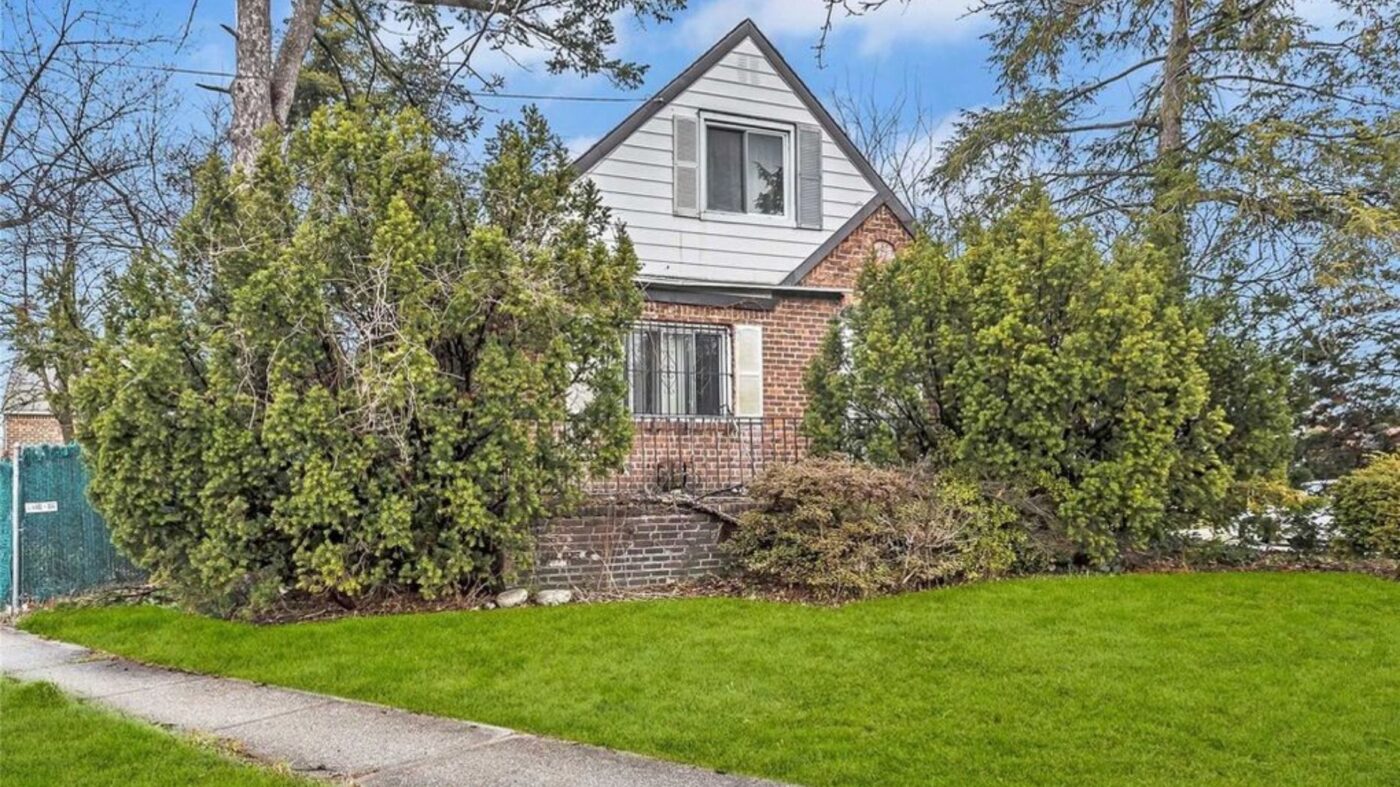 From the street, 50-18 196th Street in Fresh Meadows, Queens, looks like a pretty unassuming single-family home.

But photos of the property’s interior are the stuff of a homeowner’s nightmares. Dirt covering surfaces, cracks piercing the walls, filthy bathrooms with broken tiles, apparent water damage in the living room and vines invading the kitchen make it apparent that the property has been abandoned without maintenance for years.

“I think [the photos] may come as a shock to a lot of people who either aren’t well-versed in a teardown property … or value of real estate in this particular area,” Douglas Elliman listing agent Wachrachai Thongpanich told Inman. “So, in the interest of full transparency, I did list those photos so people can see that it’s a gut or teardown job.”

“Investor and builder opportunity,” the listing description for the four-bedroom, two-bathroom home reads, before pointing out that the “Home is not in livable condition.”

One of the property's two bathrooms | realtor.com

The home has not been inhabited for several years | realtor.com

The home is currently unlivable and a buyer would need to gut or tear down the property | realtor.com

Whoever buys the property would reap the benefits of a lot larger than most in the area | realtor.com

Vines have made their way through the kitchen window | realtor.com

While photos of the property in Queens’ affluent Fresh Meadows neighborhood are shocking, the price tag might seem even more jaw-dropping to some buyers: The home has been on the market since March for $828,888.

“It is priced at market value, and it has great potential for somebody to give it the value it deserves,” Thongpanich said in regards to the asking price.

The property was last purchased by DCG Realty LLC in 2005 for $675,000 from a man named Michael Robinson who subsequently passed away in 2007.

A shout-out to the listing on New York City’s EMT Twitter account on June 23 and subsequent social media traffic gave the property a significant uptick in views on realtor.com that week, making it the most viewed listing of the week. “This is what a $828,888 dollar home looks like in New York City,” @NYC EMS Watch posted with a composite of the home’s startling photos.

While the median listing price for homes in Fresh Meadows is currently $929,495, according to Zillow, the home on 196th Street is hardly on par with the typical listing. However, the property’s generously sized lot, which is 4,912 square feet, is no doubt a contributing factor for the asking price, since most homes in the area sit on lots of about 4,000 square feet, according to Thongpanich.

“It’s a corner property with curb appeal, and it has a lot size that’s larger than the average in the surrounding properties,” Thongpanich said.

The property also falls into New York City Public School District 26, a highly sought-out school district in the area where in 2019, 72.8 percent of students in 3rd through 8th grade passed the New York State English Language Arts exam and 75.2 percent passed the state’s math exam, according to the Department of Education. Those rates were significantly higher than New York City’s average pass rates that year of 47.4 percent and 45.6 percent, respectively.

So, for the right buyer who’s not afraid to get their hands dirty, the property could provide an opportunity to have ample outdoor space and access to good schools.

Private Palm Beach island to sell for $90M in off-market deal
Back to top
We're giving away 3 free ICLV tickets at Connect Now next week. Register and attend live for your chance to win!REGISTER×
Inmanpot
Log in
If you created your account with Google or Facebook
Don't have an account?
Create an Account
Forgot your password?
No Problem