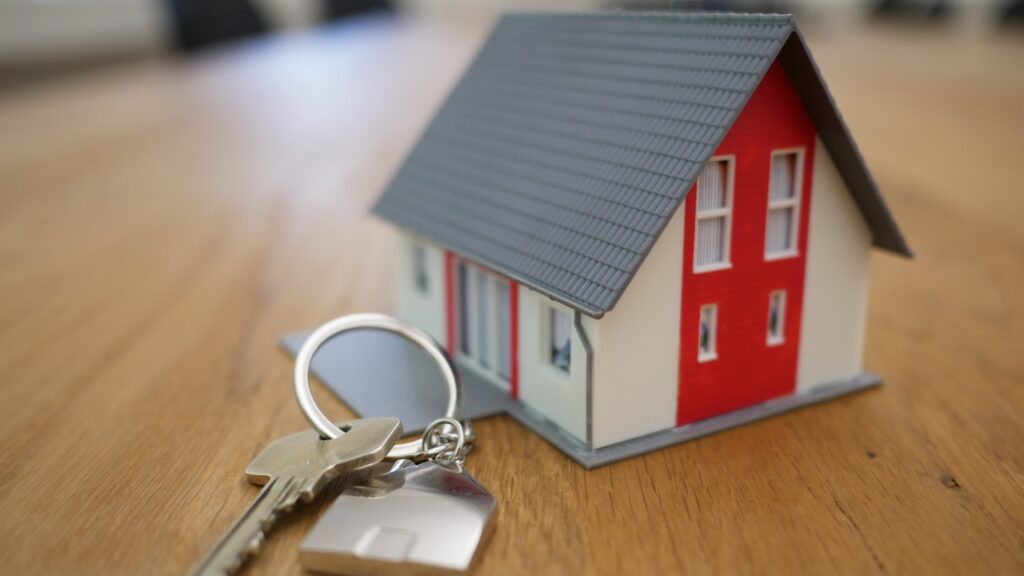 A new report from the Mortgage Bankers Association shows that about 4.2 million homeowners were in forbearance programs as of June 21.

In a world with precious little good news, here’s a small ray of sunshine: The number of mortgages in forbearance has dipped for the second straight week.

That’s according to a new report, out Monday, from the Mortgage Bankers Association (MBA). The report found that as of June 21, the total number of loans in forbearance dipped by 1 basis point, from 8.48 percent to 8.47 percent. In total, the MBA estimates that those numbers meant 4.2 million homeowners were in forbearance programs — down from 4.3 million earlier in June.

In a statement, MBA Chief Economist Mike Fratantoni added that the “overall share of loans in forbearance declined for the second week in a row.” Fratantoni also said that 17 percent of borrowers who went into forbearance have asked for an extension.

Overall, the report continues a running theme of modest-but-good news in the mortgage market. In the early days of the coronavirus pandemic, which shut down much of the economy, the number of loans in forbearance spiked.

However, since mid April, the numbers have been relatively flat. And while the recent dips have been modest, the lack of spikes at least suggests that things are not getting substantially worse.

For Fannie Mae and Freddie Mac loans, specifically, the news from the latest MBA report is even better, with the number in forbearance dropping for the third week in a row to 6.26 percent.

However, the number of Ginnie Mae loans in forbearance remained flat as of June 21. 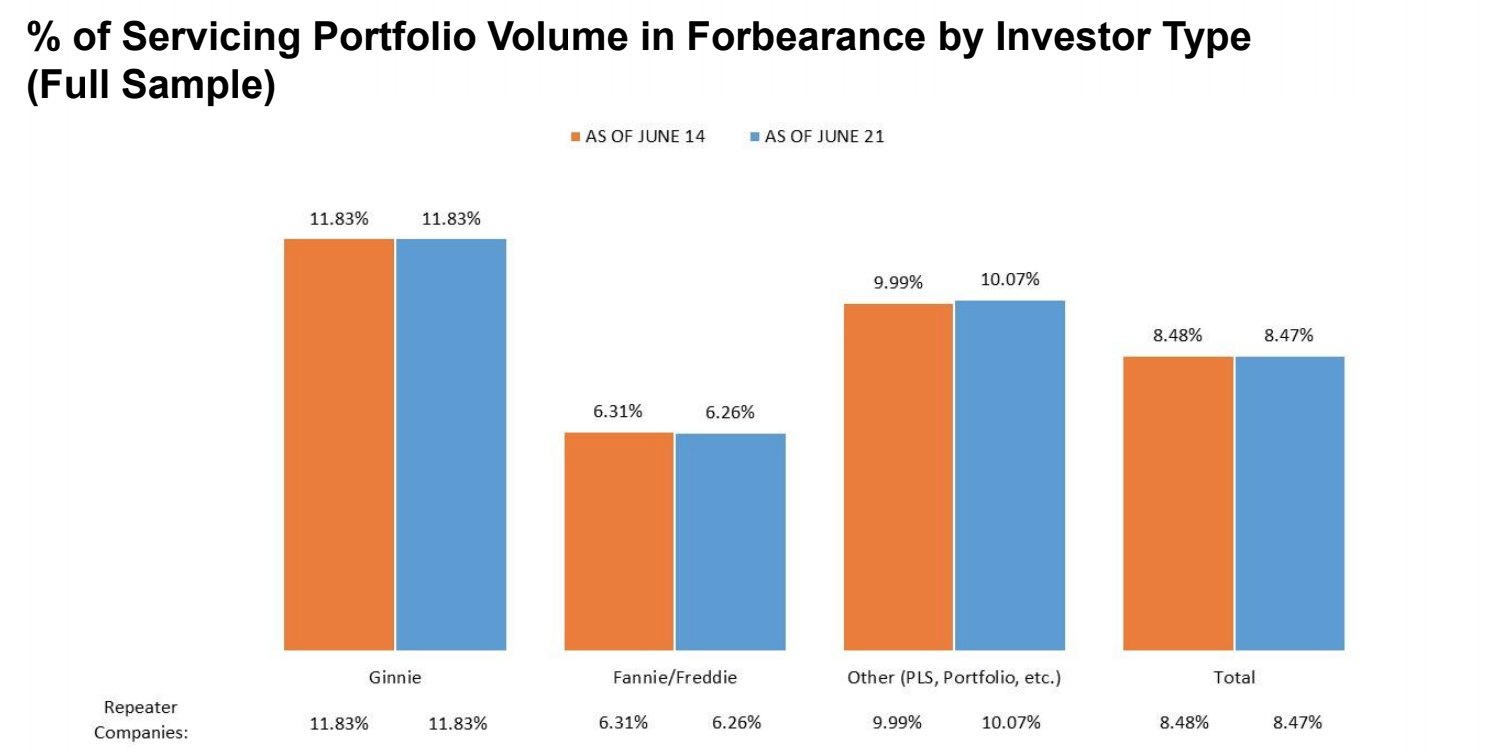 The report is based on a sample of 54 mortgage servicers, and represents data on 38.2 million loans.

One caveat to the report is that it doesn’t reflect data from the most recent seven days — which in this case have been characterized by spikes in the number of coronavirus cases in some states. As a result, it remains to be seen what kind of impact those recent spikes will have on the mortgage market.

However, Fratantoni at least framed the numbers as a positive sign.

“The level of forbearance requests remains quite low as of mid-June,” he explained. “The rebound in the housing market is likely one of the factors that is providing confidence to both potential homebuyers and existing homeowners during these troubled times.” 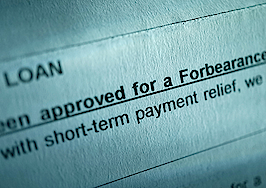 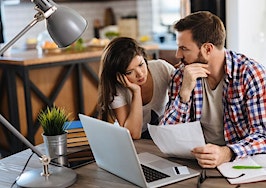 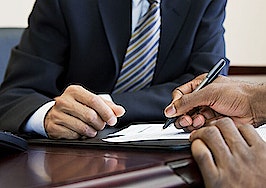 Home sales, homebuilding headed for a slowdown, Fannie Mae says
Back to top
Inman Connect Las Vegas Memorial Day sale starts now – exclusively for Select subscribers!Register Now ×
Limited Time Offer: Get 1 year of Inman Select for $199SUBSCRIBE×
Inmanpot
Log in
If you created your account with Google or Facebook
Don't have an account?
Create an Account
Forgot your password?
No Problem