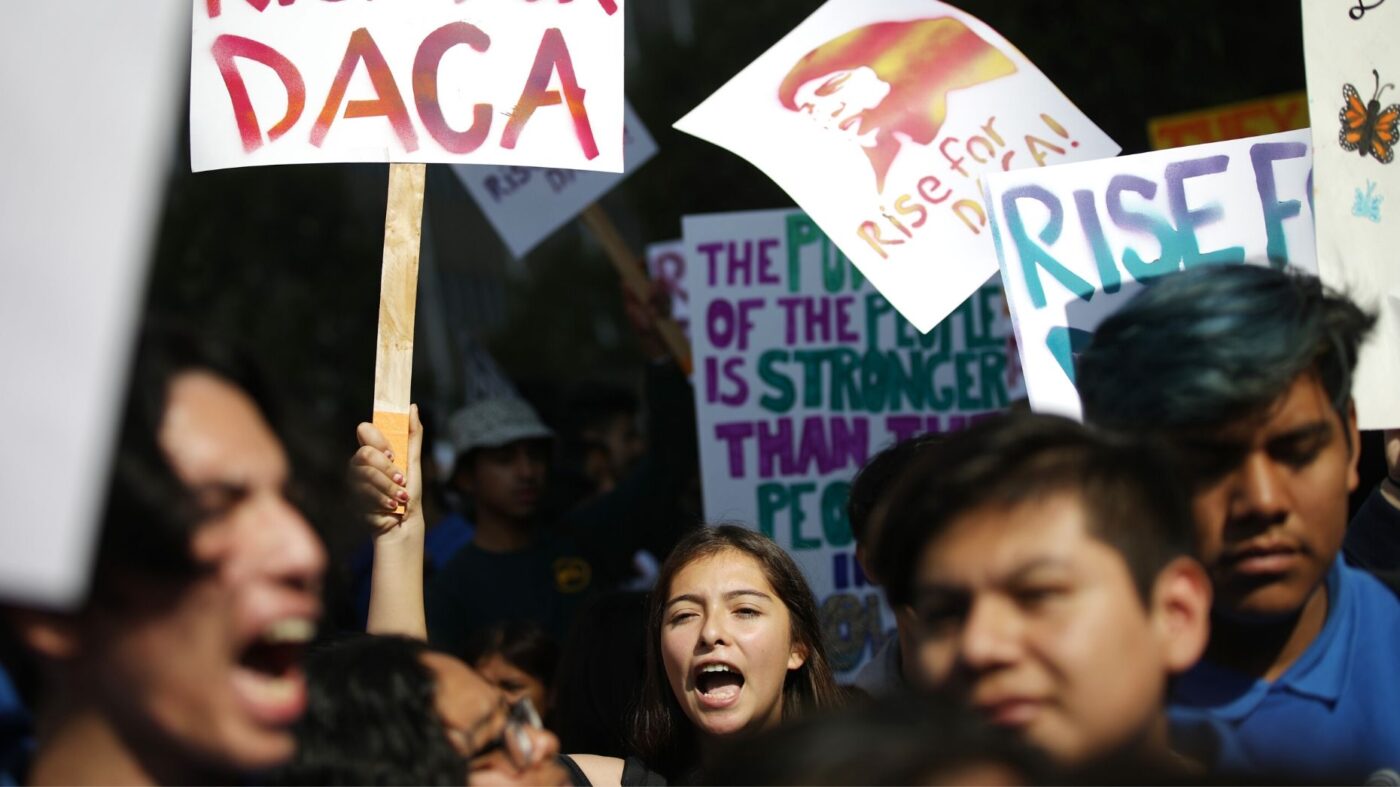 Weeks after a SCOTUS ruling protected DACA, the National Association of Hispanic Real Estate Professionals joined other leaders in supporting the policy.

The National Association of Hispanic Real Estate Professionals joined business leaders from the hospitality and technology world over the weekend to call on President Donald Trump to leave the Deferred Action for Childhood Arrivals (DACA) immigration program in place.

The call comes weeks after the U.S. Supreme Court upheld the Obama-era immigration reform, which allows non-citizens brought to the country as children to apply for forbearance of removal and get work authorization and some federal benefits.

“As large American employers and employer organizations, we strongly urge you to leave the DACA program in place,” the letter, sent Saturday, reads. “DACA recipients have been critical members of our workforce, industries, and communities for years now, and they have abided by the laws and regulations of our country in order to maintain their DACA status.”

“Their work and commitment to our companies, their families and communities are critical to our nation’s strength, especially since there are tens of thousands of DACA recipients working as front line doctors and nurses and in other critical industries fighting COVID-19,” the letter continues. “Moreover, poll after poll has shown that the overwhelming majority of Americans of all political backgrounds agree that we should protect DACA recipients from deportation.”

NAHREP was joined by hospitality leaders like Airbnb, Hilton, Hyatt, Marriott and others, in signing the letter.

The Trump administration attempted to dismantle the program shortly after President Donald Trump took office, but his efforts were ultimately rebuked by the U.S. Supreme Court last month following a 5-4 ruling in which Chief Justice John Roberts wrote the majority decision.

Roberts’ decision did not rule on the constitutionality of the program, rather the process by which former Attorney General Jeff Sessions tried to end the program, leaving room for the Trump administration to offer reforms in the future.

At the time of the SCOTUS decision, NAHREP applauded the ruling, highlighting the impact young immigrants — called DREAMers, due to the 2001 Development, Relief, and Education for Alien Minors Act — have on the U.S. housing market and U.S. economy.

“These young individuals have lived and worked in this country for most of their lives, contributing to the U.S. economy while being deeply embedded into the social fabric of our society,” NAHREP President Sara Rodriguez said in a statement. “DREAMers own over 59,000 homes and are directly responsible for $613.8 million in annual mortgage payments.”

“Additionally, DACA recipients have been critical workers on the front lines of our COVID-19 response,” Rodriguez added. “Tens of thousands of DACA recipients are healthcare workers, including doctors and nurses, and more than 140,000 work in food-related occupations.”