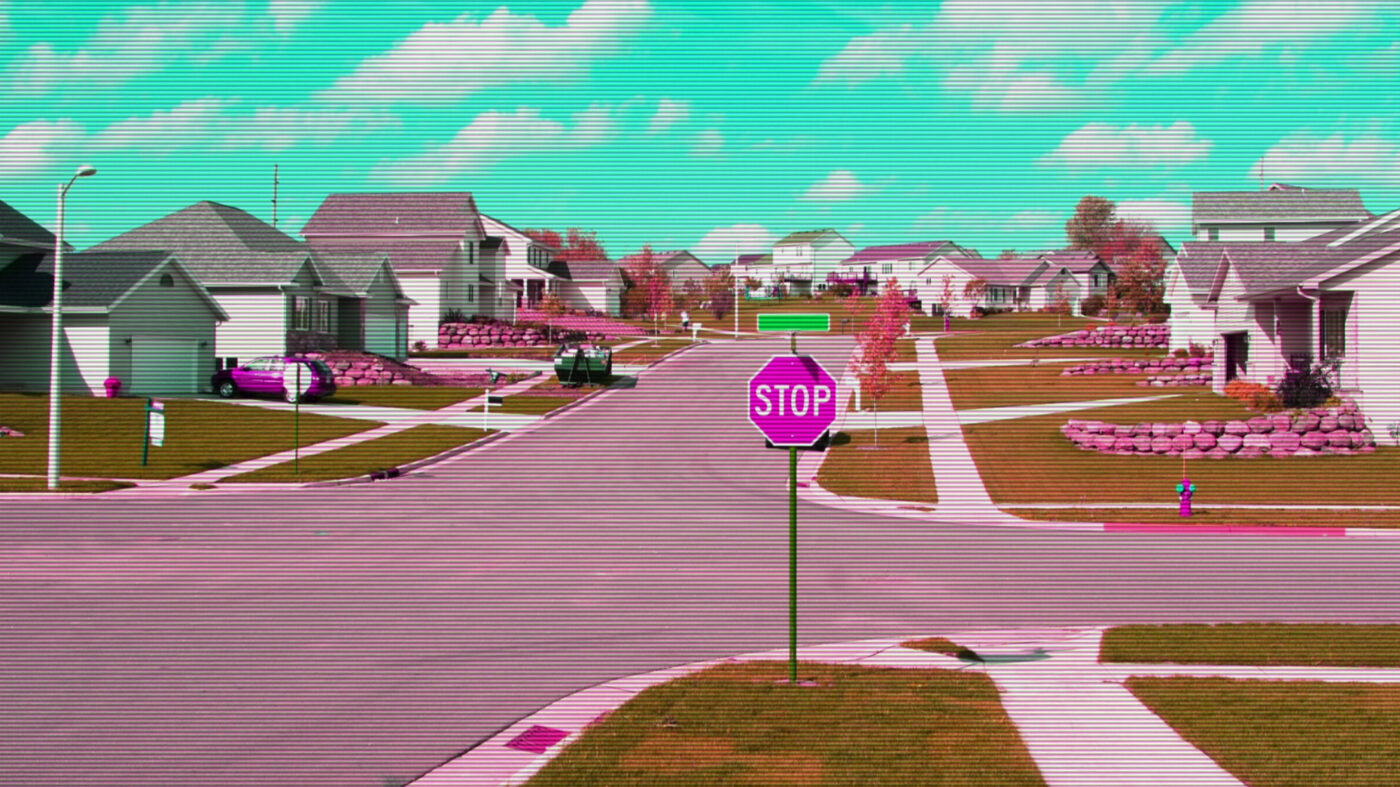 by Lee Davenport |
You successfully shared the article.
Close

Homeownership is often the single largest factor in wealth-building that creates a generational legacy. But for Black Americans, there have always been more than legal hurdles at stake for land and learning.

Connect Now starts today with over 50 speakers covering your market. Join us!

Friends, imagine hopping in a Delorean and going back to middle school as a student. It’s your first day at a new school. The bell rings, flooding the hallway with gangly tweens headed to the cafeteria. You grab a tray of food and head to the first empty table you see.

As you try to sit, you stumble, because the chair is snatched from under you with an abrupt mumble, “This is reserved.” You shrug compliantly and head to the next vacant seat. “No! My friend is going to sit there,” purrs another student. “Taken.” “Get lost.” “Keep it moving.”

Before long, you notice there’s no place left for you to sit in the cafeteria. Eventually, you pull a chair from a classroom up to a lunch table, but everyone at that table is told by the “lunch lady” and then the principal that they will lose lunch privileges if you’re allowed to sit with them.

Naturally, everyone at that table scatters like you have the dreaded middle school cooties. You become “Lonely Leslie, the Loser,” for which you’re teased and bullied the rest of the school year.

Oh, what you wouldn’t give to be welcomed at someone’s lunch table! You would even share your favorite bag of chips — and that’s saying something. You are a student at this school, yet you have been treated as if you don’t belong.

How would you feel?

Sadly, we know that such exclusion and bullying have driven some students to do desperate, harmful acts to themselves or others. Unfortunately, we don’t become immune to being ostracized just because we’re decades removed from middle school.

Hopefully, this illustration gives insight into the demoralizing nature of invidious, exclusionary treatment, particularly when it is enforced by the administrative powers that be, no matter our age.

When our ‘living’ was labeled ‘invading’

Now, let’s go back further than your days in middle school and examine a thorny time in our history that has warped Black homeownership to this day. Doc, Marty, channel the flux capacitor!

Slavery ended (hi, Juneteenth), and the former slaves and slave masters lived happily ever after … is the fairy-tale ending we wish were true. But like all relationships, it was and is much more complicated.

Many Black families simply wanted a “seat at the lunch table” by being homeowners in the communities near their jobs. Yet, as you can see in the ad below, they were harshly deemed “invaders.” They were treated like martians from out of this world rather than humans beings who were already contributing members to the community. And, it’s no secret that invasions leave behind ruins.

This invidious sentiment of “there goes the neighborhood” in reference to Black families (and at times, to immigrants and their families) living among whites was such a pervasive fear that it was codified by our now-more-inclusive association:

Adding fuel to the fire, explicit discrimination against Blacks and others was federally sanctioned with a heavy hand that penalized not only Blacks but those that dared to live among us.

The newly created Federal Housing Administration (FHA) refused to insure mortgages in communities with even one Black household. Some private and state entities like Bank of America and Prudential Life Insurance Company already practiced discrimination by denying qualified Black clients, but the government upped the ante.

Envision having a stable, well-paying job with Ford Motor Company (giving you the financial means of your peers) but only having one option for housing. Housing that likely was in the least desirable areas of town due to pollution, toxic waste (due to proximity to factories and other work sites) and overcrowding. Housing that, for you, cost more than the going rate, which was compounded by being denied mortgage and insurance by both governmental and many private providers.

Regrettably, many Black Americans did live with this in even some of the most progressive American cities (like San Francisco) as the aftermath of these structural decisions (Suggested reading for more on this is Richard Rothstein’s The Color of Law: A Forgotten History of How Our Government Segregated America).

To add insult to injury, the Federal Highway Act was used to demolish close-knit Black communities, displacing families that were restricted from living elsewhere.

It was not until the Fair Housing Act of 1968, with its amendments in 1974 and 1988, that the tides began to slowly change. But, it’s evident with the 2012 HUD report on Housing Discrimination Against Racial and Ethnic Minorities and last year’s Newsday real estate exposé plus the examples below, that even today, we still have more work to do.

“There goes the neighborhood” was a fearful prophecy that became self-fulfilling for Black Americans. It’s time to pivot the panic-inducing, discriminatory to a welcoming “there grows the neighborhood!”

Despite legalized discrimination, we tried to ‘pull ourselves up by our bootstraps’

Homeownership matters for everyone because it’s often the single largest factor in wealth-building that creates a generational legacy, along with determining the quality of public education for our children.

But for American Blacks, there was more than legal hurdles at stake for land and learning. Livelihood and life itself were in jeopardy.

As some of the darkest moments in the 20th century, you may know about the massacres at Rosewood in 1923 and Tulsa’s Black Wall Street in 1921. But there are similar disheartening instances of industrious “making lemonade out of damaged lemons,” of Black real estate communities mangled throughout America like:

This is just naming a few. What are mentioned above signify discrimination at its worst with the refusal, dismantling, displacement and confiscation of the land of Black communities, where Black advancement was attempted with the allowed scraps from the table before obstructions.

Have you ever seen someone throw their best dinnerware at the wall out of frustration? In the heat of the moment, this reaction may feel vindicated, but the person will likely regret the destruction inflicted on that favorite serving dish, which may be irreplaceable.

Likewise, to complicate matters after (inter)national atrocities (like the murders of Dr. Martin Luther King Jr. up to the recent killing of George Floyd), we’ve aired our frustrations and pain through the destruction of our own neighborhoods (as seen in the self-inflicted riots of 1968 up to 2020).

But make no mistake, all of this destruction, no matter by whose hands, is an outflow of the egregious de jure and de facto disregard for and discrimination against Black peoples’ pursuit of property, life and happiness. Literally, there went the neighborhoods.

Resources at the government and private level have been offered at predatory rates, reneged, pilfered or outright denied for Blacks in pursuit of the touted American dream of homeownership since the Emancipation Proclamation.

It’s like being stuck in a bullying middle school for over 157 years, egad! And like bullying, which is best combated with anti-bullying tactics, we now have a chance as anti-racism is taking center stage in an unprecedented movement to change the old prophecy.

At long last, we can invite everyone to our “lunch table” by ensuring that all would-be homebuyers, sellers and tenants (particularly all underrepresented) receive standardized education about:

Friends, in the spirit of love for this beautiful land, I hope you, your team, your firm and our associations will add standardized anti-discriminatory practices to educate all communities about what I’ve mentioned above.

As extra credit, let’s build and use more virtual home showings and loan applications (which the pandemic has helped normalize) to reduce the incidence of discrimination based on visible racial features still prevalent at in-person meetings as of the last HUD Report, LendingTree Mortgage Study and Newsday’s investigation.

The rate of Black homeownership has declined in cities since 2012

NAR calls on HUD to protect an anti-housing discrimination policy

Aiming for 21 markets by '21, Knock now swapping homes in Denver