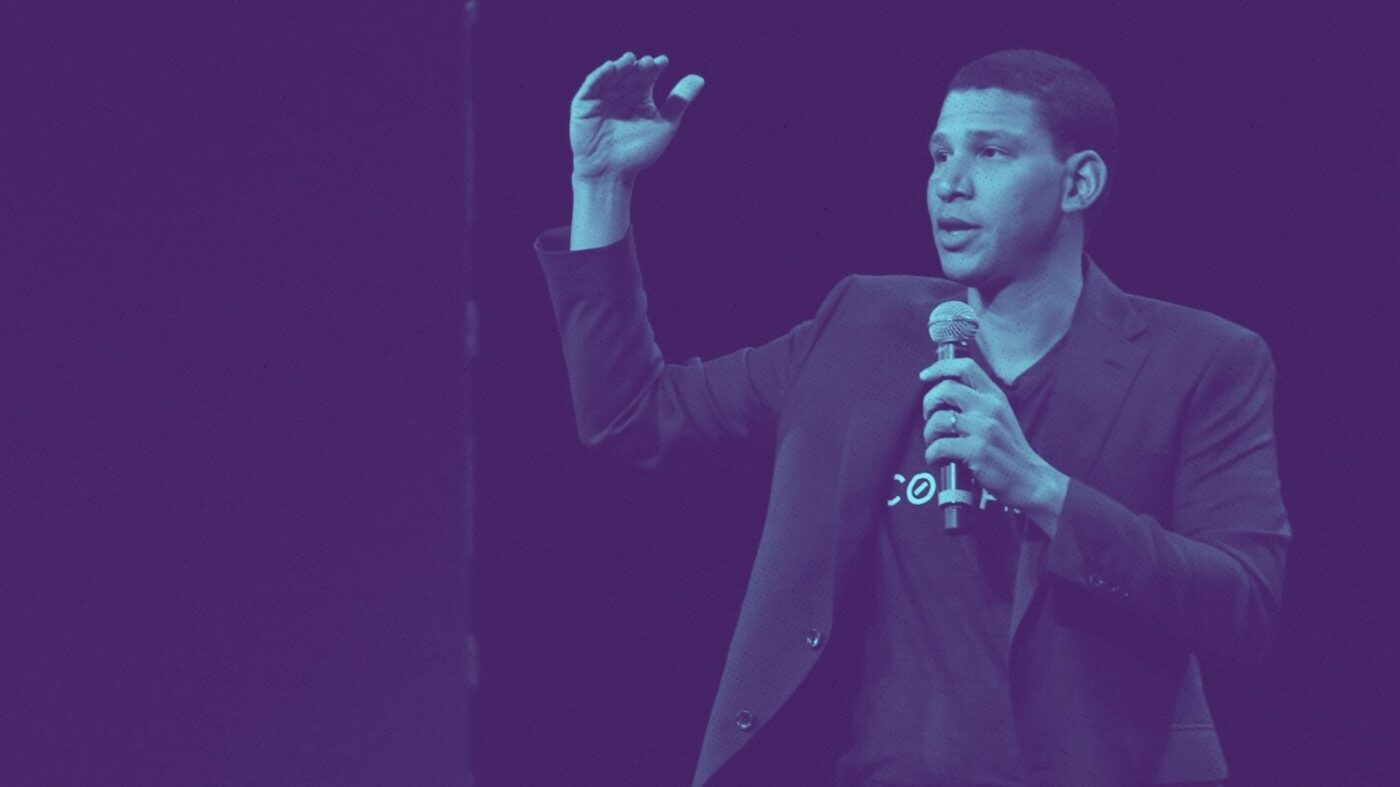 by Jay Thompson |
You successfully shared the article.
Close

There’s little doubt that Compass will go public eventually. How will that impact the tech-forward brokerage and the industry at large? Here’s Jay Thompson’s take.

Since launching in 2012, speculation of when Compass will go public has raged on, fueled by acquisitions and repeated venture capital funding rounds — to the tune of $1.6 billion dollars.

“When will Compass have an IPO?” is a question battered about by company and industry insiders, and outsiders, on a regular basis. With a valuation of $6.4 billion after its latest major funding round, Compass has a higher valuation than RE/MAX, Redfin, Realogy and eXp combined.

As with any brand that gets press and attention in the real estate space, Compass has more than its fair share of detractors. For whatever reason, in this industry the more successful a company becomes, the more ramped up the haters get. Whatever. It is what it is, and I suspect Compass isn’t overly concerned with what that segment of the population thinks.

When Compass has its IPO, things could get interesting. The detractors will go into a tizzy, small tech startups will be salivating over dreams of being acquired, and the investors, the venture capitalists (VCs), and the founders and early adopters with pre-IPO stock will become very, very wealthy.

Yes I said “when Compass has its IPO … ” because it will go public. When it will go public is anyone’s guess. Brad Inman predicted the initial filing would happen late this year. Not an unreasonable prediction in the pre-pandemic times.

COVID-19 has thrown a big giant curveball into the economy and financial markets, making any timing prediction today virtually impossible. Someday — maybe soon, maybe later — Compass will have its IPO.

Let’s talk a little about what that might do to Compass and the industry.

This would be a good time for me to fully disclose that I am not a securities expert. My formal education in finance and economics comes from a few undergrad and MBA courses. I do have personal experience working for one company (Zillow) shortly after its IPO and another (eXp Realty) pre-IPO.

I have zero financial holdings in Compass. This is an opinion piece, and it shouldn’t be construed in any way shape or form as financial advice. If you’re interested in investing in Compass, IPOs or anything else, don’t FSBO your finances — seek professional assistance.

What is an IPO?

IPO is an acronym for initial public offering. It’s what takes a company from being privately held (like Keller Williams, for example) to being publicly traded in the financial markets (like RE/MAX, eXp and the Realogy brands). There is a long, involved and expensive process companies go through to become publicly traded on a stock market. There is almost always much speculation surrounding when and whether a company is considering going public.

Often we get little peeks and hints as to when a company is considering going public. The Compass CEO, Robert Reffkin is on record in September of 2019 saying, “an IPO is likely in our future.” A month later, he said the company had no plans to go public in the next 18 months. That would mean, according to the CEO in the pre-pandemic era, an IPO no sooner than April 2021.

Neither a CEO or a board of directors wake up one morning and say, “Time for an IPO, let’s roll!” Mountains of paperwork have to be completed. Numbers have to be crunched. It’s a painful, lengthy process to go public.

As you can probably imagine, legions of lawyers are involved. One prime signal that a company is preparing or at least seriously considering an IPO is the hiring of a securities attorney. This makes perfect sense. Hire someone to spool up the machine and guide your company through the morass of going public.

Guess who recently posted a position for a securities attorney? It’s not a big secret, the job is posted right there on the Compass website. Read the “what will you do” section. None of that is needed, unless a company is publicly traded.

No, this doesn’t mean Compass has to have an IPO. But it’s certainly an indicator it’s seriously looking into it. Robert Reffkin is far from an idiot. When he said, “an IPO is likely in our future,” he meant an IPO is likely in Compass’s future. It’s a given folks, probably within a year, economy permitting.

How does an IPO impact a company?

The immediate advantage for a company going public is access to a rather significant source of funding, be that cash from the initial sale of stock to having shares available to complete acquisitions. A large cash infusion can be used for operations, paying off debt, acquisitions, paying employees (and enticing potential employees) in the form of stock options and more. These are all good things that can help fuel growth and potentially vault a company to the next level.

Much like life itself though, going public is not all sunshine and roses. As already mentioned, it’s a tedious process. Considering that lawyers and investment bankers are intimately involved, it’s also an expensive process. And that’s just getting the initial IPO completed. Once a company becomes publicly traded, it’s subject to the rules and regulations of the Securities and Exchange Commission (SEC) and all the required disclosures of financial status and reporting.

When you are a publicly traded company, your finances are open to the public and all the scrutiny and dissension that entails. I worked in the PR department at Zillow for over six years, joining the company eight months after its IPO. I was there to see 27 quarterly reports filed, with their subsequent investor conference calls (which are also public).

Although not actively involved in quarterly report generation, I had friends and co-workers who would practically disappear for weeks at a time — because they were hunkered down in a “war room” working all hours of the day and night preparing for the release. They’d get that job done, knowing it was coming up again in three months.

I did deal directly with the aftermath of quarterly reports. Trust me, there are brand detractors that live for the chance to pounce when a loss is reported or record revenue isn’t record enough, and they have an uncanny ability to take a quote from the earnings call out of context.

In its post-IPO world, Compass will have to deal with public scrutiny and reaction to its financials. The CEO, CFO and investor relations people will have to walk on eggshells and watch every word they say, and every breath they take. It’s really not a pleasant experience.

Compass will also need to be cognizant of the fact that the process of completing an IPO and life as a public company can have a significant impact on company culture. I believe Compass is already experiencing this.

Former Compass agent Scott Sobol was recently fired for allegedly behaving insensitively toward homeless people. In a follow-up piece, Sobol said, “And Compass, because they’re so IPO-obsessed, they threw me under the bus and let me go.”

IPO-obsessed. That is understandable. Because it’s such a painful, extensive, lengthy, expensive process, you have to be obsessed to grind through it. But you really need to ensure that obsession doesn’t change the culture you’ve worked so hard to develop. Zillow management went to great lengths to ensure the driven, beloved startup-like culture didn’t change post-IPO. Same for the large acquisitions funded through the IPO. Compass management will need to be cognizant of the fact that an IPO can change the day-to-day experience of everyone in the company and, by extension, change its customer experience.

What can Compass and the industry expect?

Going public doesn’t only potentially affect the workers and the customer, it also affects public perception. There’s the obvious scrutiny of the financials and public statements. There’s also the fact that a public company now has to please its shareholders.

Institutional shareholders have different expectations than individual holders, and it’s really hard to please everyone. Then there’s takeover control. What happens if an entity buys enough voting stock to influence or even take over the company? There are ways to prevent that (typically by issuing different classes of stock; it’s a little complicated but can be done), but it has to at least be considered.

Then there are the pre-IPO shareholders. Depending on how Compass has distributed stock to its employees and agents, there could very well be an exodus of talent once quiet periods expire and options vest — because some of those pre-IPO holders could do very well financially if/when they sell their shares. There are more than a few Zillow and eXp people with pre-IPO shares that have left the company to enjoy their bounty. Nothing wrong with that, just another thing to plan and prepare for.

The Compass IPO will undoubtedly happen. It’s easy to imagine the haters ramping up, especially around quarterly earnings time. The industry will get insight into the financials of a brokerage machine, something that doesn’t come regularly to this industry.

Culture-shift can happen, and it can happen swiftly. If the IPO is successful, there will no doubt be more acquisitions of various sizes and flavors — some could have wide-ranging impact. If Compass does well as the quarterly reports march along, there will be others trying to copy and model its success.

It will be interesting to watch, not if it happens, but when it happens. Brace yourselves, a Compass IPO is coming.

Nailed it! How to create DIY listing videos like a pro

Does the housing ladder still work?
Back to top
Inmanpot