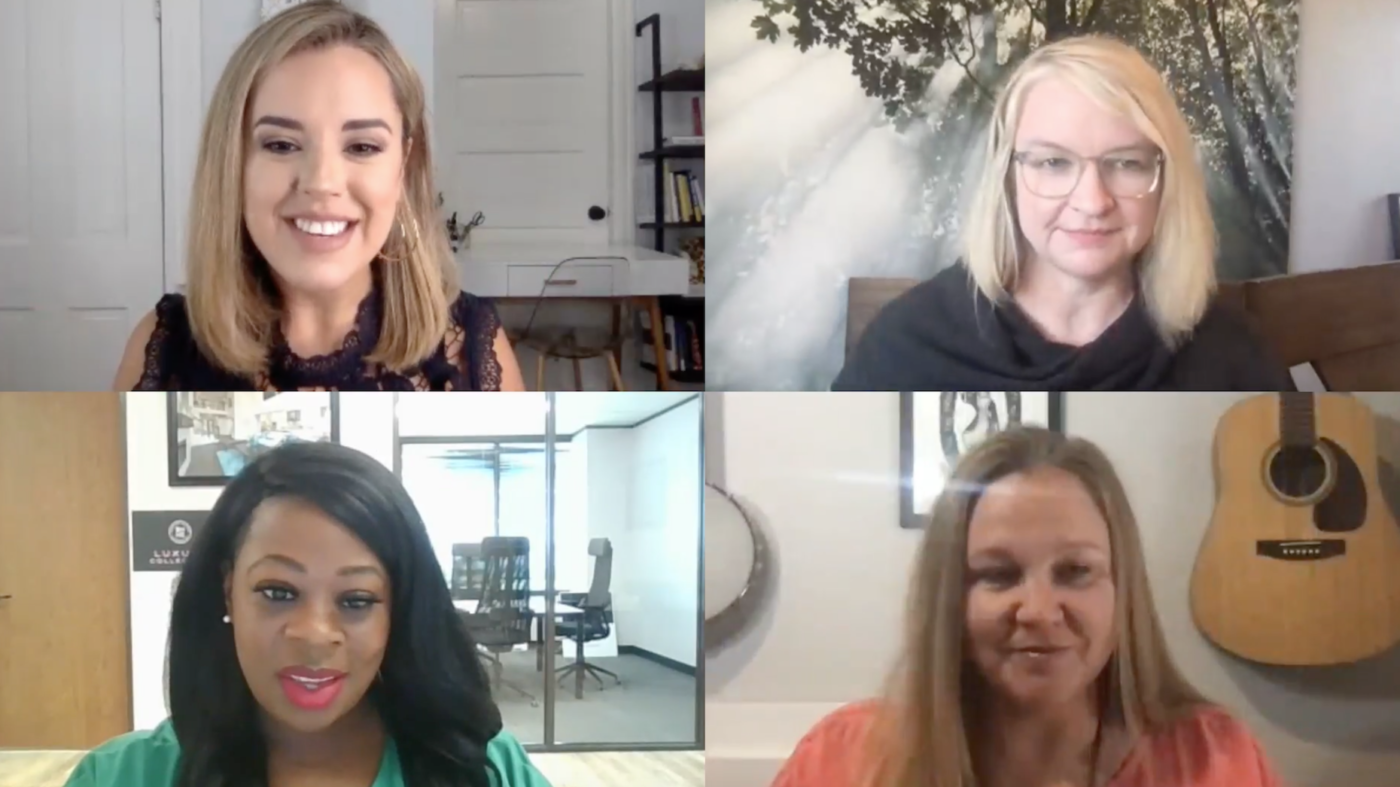 Agents from across the Southwest shared their tips on how to succeed and expand during an Inman Connect Now session on Tuesday.

Paul Benson was recently tasked with selling a $12 million home in the Park City, Utah, area. But Benson, an agent with Engel & Völkers, said that very quickly the client saw surging demand during the pandemic and opted to raise the price to $14 million. Then a would-be buyer showed up with an incredible request.

“How much will it cost for them to never come home?” Benson recalled the buyer asking, referring to the seller.

In the end, the home went under contract for more than $16 million.

“They paid substantially more money to move in that day,” Benson said.

Benson recounted the story Tuesday afternoon during an Inman Connect Now session that involved a conversation between agents in the Southwest. The conversation included eight people from states such as Utah, Arizona, Texas and others, and uniformly they said the markets in their areas are on fire — despite, or perhaps because of, the uncertainty the coronavirus pandemic has created.

That flurry of activity is a good thing for many of the agents who spoke Tuesday, and several mentioned having record months. But they also highlighted challenges that include low inventory and clients who may not fully understand the market or how much it has changed. As a result, they also advised real estate professionals to seize this particular moment to diversify their businesses, branch out in new directions and look for ways to serve.

Here are some of the tips they offered:

Kristee Leonard, the broker-owner of The Leaders Realty in Austin, Texas, said that she gets a significant amount of business from social media, and particularly from Instagram. That includes two recent sales over $1 million. But Leonard has managed to cultivate a strong social media referral business not by chasing high follower counts, but instead by “focusing on getting pertinent followers.”

“I actually had focused on engaging with other Realtors,” she explained.

Connecting with other members of the real estate industry has meant a greater ability to share leads, and Leonard said that both her recent high-end sales came from fellow agents she never actually met in real life.

Consider working with new property types, such as rentals

Like other agents who spoke Tuesday, Shar Rundio — a broker with eXp Realty in the Phoenix, Arizona area — said business has been brisk so far this summer. But she said the inventory situation in her area also isn’t great.

Rundio’s response has been to “try to create our own inventory.”

That process has included calling people up, holding Facebook Live sessions and otherwise focusing on outreach to encourage people to jump into the market if they were previously on the fence. She has also begun expanding her work with manufactured homes and with rentals — both areas that weren’t previously her major focus.

Tiffany Curry, the broker-owner of an eponymous Berkshire Hathaway Home Services franchise in Houston, Texas, similarly suggested agents give rentals a try. She recalled one property in her market that was listed for $10,000 a month. The property ended up getting two different offers and ultimately rented out for more than the owner was asking. Her point was that agents can benefit if they facilitate those kinds of deals.

“I think that agents definitely want to pay attention to the rental market because it’s going to lead to some outstanding things,” she said. “This is a really good time to examine where the opportunities are in the market.”

One issue that has come up again and again during the pandemic is the difficulty of holding in-person events, which are a major part of many agents’ outreach strategies. But during Tuesday’s Connect Now session, Rundio proposed a different use for the money that would have been spent on events: Give it away.

“I’ve seen some other agents who have said they’ve taken these funds and donated it to XYZ charity in everybody’s name,” she explained.

It’s an atypical strategy, but one that nevertheless should get agents’ names out in the community and which can potentially forge new connections.

Some agents have still managed to hold events during the pandemic, but even they praised the donation strategy Tuesday.

“I love the idea of donating money to a charity instead of doing a client appreciation event,” Philip Becker, founder of Becker Properties in San Antonio, Texas, said.

Becker is among the agents who still pulled off events during the pandemic. But the event he described Tuesday was fairly unconventional.

“We brought in a bartender who was featured in Forbes,” Becker said, adding that the bar tender was based in New York, but appeared via video conferencing app Zoom. “About 30 clients join us.”

The bar tender provided all of Becker’s clients an ingredient list in advance, then gave instructions over video on how to actually make the drinks.

“Everybody just had a ball and it was a very inexpensive way to do a client appreciation event,” Becker said. “It was very successful.”

Several other agents who appeared during the session similarly described moving client events online, and Curry said that in her case she has even pre-recorded Zoom sessions that her clients can access later.

Pop by clients’ home with gifts

Giving clients gifts is a time-honored tradition in real estate, but many of the agents who spoke Tuesday said they’ve tailored the strategy to the pandemic. Curry, for example, said that she has dropped off ring pops with a note inviting clients to “give me a ring” for any help.

“I think it’s a big deal to know that we’re thinking abut them and they’re more than just a commission,” she said.

Nicole Lopez, founder and team leader at Tru Houston in Texas, said that she has also done “pop bys” that involved dropping off rosé. And she has delivered “survival kits” of coloring books and other kid-oriented things to help now house-bound moms.

And in Shawn Cunningham’s case, he mailed gifts to his VIP clients.

“I sent out books to my top 50 clients,” he said. “It’s something to do when you’re stuck at home during quarantine.”

Advise clients, don’t try to sell to them

Whatever agents end up doing during these unusual times, the leaders who spoke Tuesday agreed that it’s important to serve as advisors and guides rather than salespeople. Benson, for example, said that given the grave impacts of the pandemic, people need help and agents “should be serving.”

6 tips for standing out as a luxury real estate agent