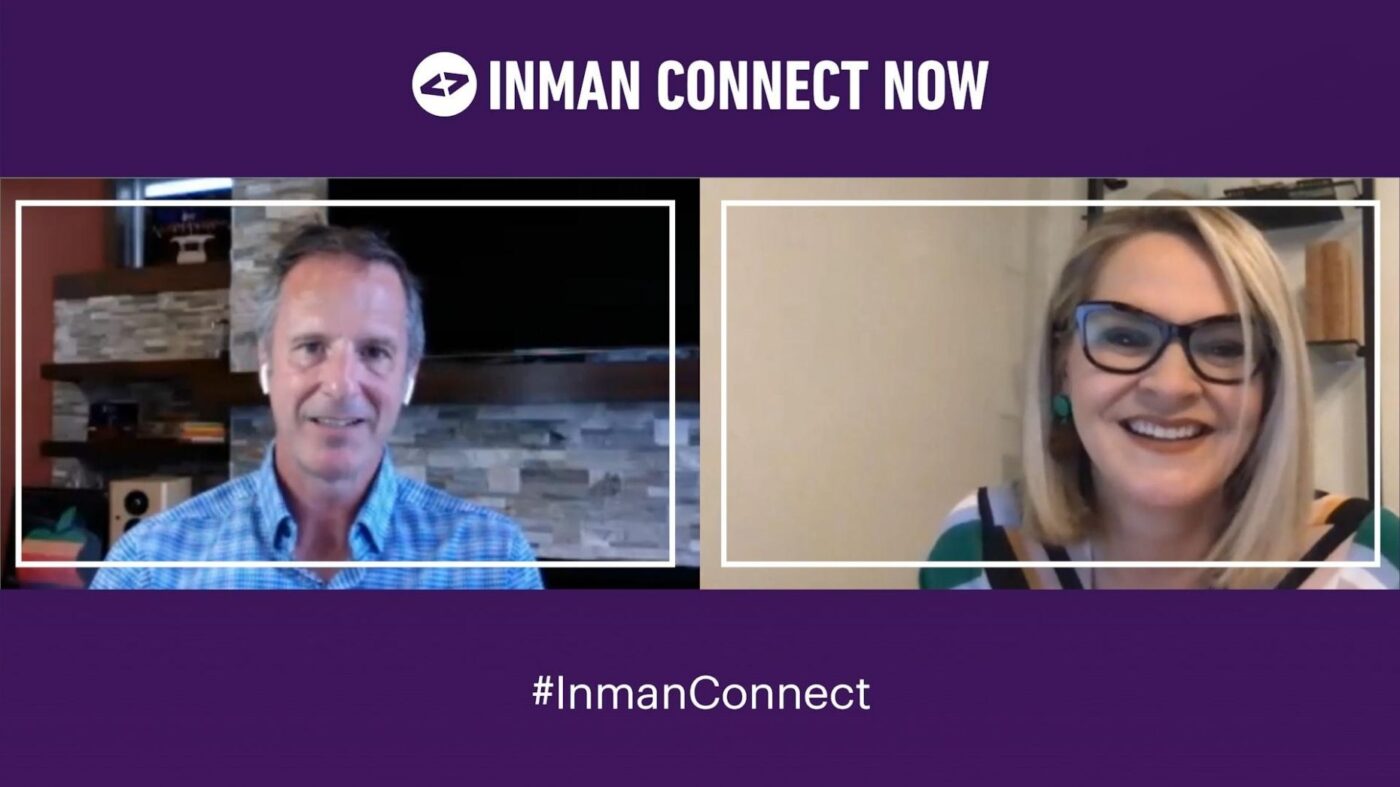 During Connect Now, CEO Glenn Sanford shared why the company is launching a consumer-facing platform and why he believes agents need to make tough decisions with certain vendors.

EXp Realty’s consumer-facing web portal is still likely a year or two way, but when the company launches it, Glenn Sanford, the CEO and founder of eXp World Holdings, believes the platform can compete with the titans of the space.

“Our goal to be able to compete head-to-head at the portal level on Google and the search engines with the likes of Redfin, realtor.com, Zillow and others and be able to build a lot of the consumer goodness that allows us to be there,” Sanford said, at Inman Connect Now, on Tuesday. “And of course being a brokerage that operates in all 50 states, we actually have great access to data and the ability to enrich that data.”

“We’re super excited, because ultimately it allows us to have more control over our future destiny when it comes to actually displaying listings, building out consumer tools, building out agent engagement, taking our Express Offers platform and being able to provide an instant offer option,” Sanford said.

Earlier in the week, eXp World Holdings, the parent company of eXp Realty, announced it had acquired Showcase IDX with the goal of building out a consumer search platform.

With the acquisition, the eXp Realty can launch a platform that helps the company have more control over the way it displays listings or builds out other consumer tools. It can even integrate some of its other products like its Express Offers platform directly into the website.

EXp Realty has the obvious public appearance of a tech-focused company, since it operates as a cloud-based brokerage inside a virtual world, and the acquisition is the latest in the company’s effort to bolster its technology offerings for the modern agent.

But arming agents with technology — and agents using technology and their own data to enhance the client experience — is neither a new concept, nor a new focus for Sanford. The COVID-19 pandemic has just made the need for mobility from an agent all-the-more obvious.

“Real estate agents have always been that way and they’re also the most adaptable in real estate,” Sanford said. “They have the ability to pivot really quickly into a new mode because they don’t have a huge amount of legacy infrastructure they need to pivot with.”

The agent that fully embraces technology and goes all-in likely has a short-term advantage over agents that are more provincial with their own data, according to Sanford.

But those agents also need to judge that against their own long-term goals and ambitions, according to Sanford, because if they give up their own data, at some point, that information might be more valuable to a third-party and they may find themselves in a fight to get their own clients back.

“The reality is that ever since information has been put on the cloud, there’s always been this distrust of the fact that it’s no longer sitting on their hard drive on their personal or business computer in their office and that somehow this information might be used nefariously,” Sanford said.

Sanford specifically pointed to a data-sharing agreement put forth by dotloop, a subsidiary of Zillow — a company he named checked as future competition during the talk — that requires agents that use the platform to opt-out of third-party data sharing.

“Sometimes we’re going to have to make tough decisions and potentially cut the cord with vendors that do have cloud-based technologies,” he added.

How to recruit top talent amid sky-high unemployment

Google Ads is key to your online presence — here's how it works
Back to top
New sessions have been added to Connect Now Agenda on October 20th! Check out the power-packed lineup. SEE THE AGENDA×
Inmanpot