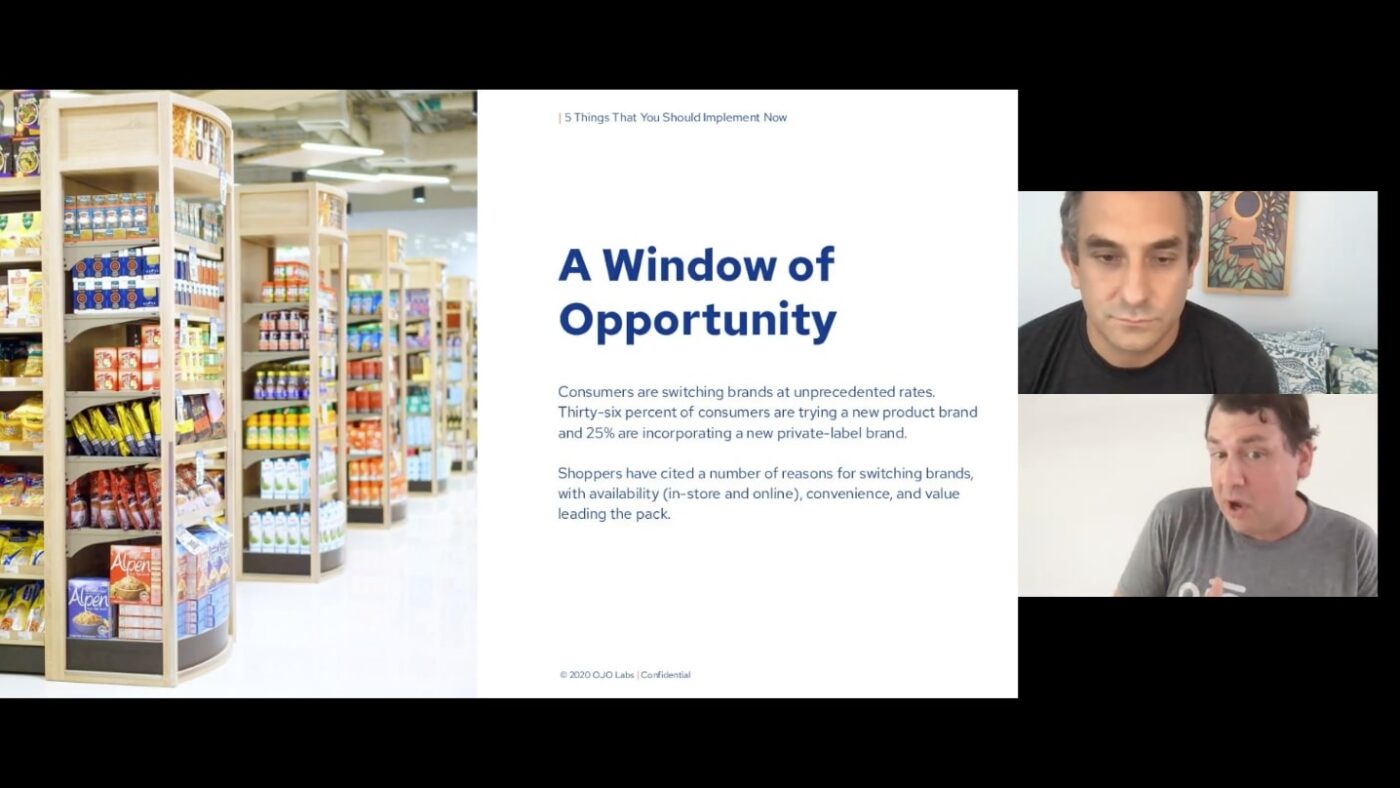 The business model of Austin, Texas-based real estate tech firm OJO Labs is based on the success of real estate agents, so the company obsesses over what agents should and shouldn’t be doing.

Some consumer trends during the coronavirus pandemic, such as curbside pickup, watching blockbuster movies at home and buying homes without seeing them in person, may or may not become permanent.

What agents will need to figure out is which trends will stick around for good and adapt to that, according to the OJO executives.

“There’s a lot to calibrate on in the industry right now, especially with people that are buying or selling homes,” Myslinsky said. “The real art here is to figure out what’s the trend that’s actually going to change and persist that will impact the way people buy and sell real estate and how they experience it, and what are the things that are ephemeral that will go away as things either return to normal or we come to terms with what the new normal is.”

He noted that data from Movoto, which OJO acquired earlier this year, showed that consumers are still looking for three-bedroom, two-bathroom homes in most markets, but that, in Chicago for instance, there was a 31 percent increase in interest in basements.

“Kind of makes sense — it’s flex space, good way to get through cold weather, good way to use a room that otherwise [is] maybe not used as much,” Myslinsky said. “In other markets we’re seeing that there’s a huge increase in backyard, something that I can appreciate. If you’re not indoors, you want to be outdoors, you want to have access to that space.”

Consumers are showing an increased willingness to experiment and try new brands, according to Berkowitz and Myslinsky.

While there has been a lot of talk about people fleeing cities, Movoto data shows that people are, by and large, searching for homes in the same counties, but where they’re looking for homes in those counties might be changing, according to Myslinsky.

“So you take areas like Houston, Texas; Austin, Texas; Los Angeles, California, are they looking in the city core?” he asked. “Or are they starting to look for homes that might be close enough so when life returns to some form of normal, they can enjoy the amenities, but for now they get a little bit of balance if things stay disrupted? We’re seeing a ton of that in data. The headlines tell one story, but the data is really showing you something else: people expect that there will be something that returns and they don’t want to move away from everything.”

The OJO executives recommended considering TikTok and Instagram Reels as a way to engage consumers and build a brand, pointing out that the #realestate hashtag on TikTok has gotten 1.9 billion views.

“Always be embracing change, always be thinking about where consumers are going and where that can take you,” Myslinsky said. “You’ve got to look at all this new stuff happening. Every time something new pops up whether it’s a TikTok or an Instagram Reels first movers often get a lot of eyeballs. You also get to experiment with the medium and you have no idea where it will guide you. [People] are not only learning, they’re also being entertained and that is a powerful medium to send a message and to start building an element of your brand and your experience for those consumers who one day can become your leads that then turn into your customers.”

After Berkowitz said he was more of a “Matterport-type guy,” Myslinsky said, “I think Matterport is a great product if you’re trying to look at the detail of the trim or the finer details of that home, but I don’t know if it’ll say the lifestyle. I truly believe we are going to see more and more real estate on TikTok.”

He added that he follows a couple of homebuilders on TikTok who have gained a lot of buyer interest “just because they’re showing their work and they do set it to great music and they highlight the property well.”

Consumers want more control and they’ve embraced contactless services at hotels and grocery stores that don’t require them to engage with people, according to Berkowitz.

The vast majority of consumers, 79 percent, plan to continue or increase their use of self-checkout in retail after COVID, he noted.

“What it is about is just putting more tools, more seamless experiences in the consumer’s hands,” Berkowitz said. “I think COVID has accelerated it and we’ve got to think about how we play in that.”

Take advantage of this time to experiment and come up with new ideas for using space, the executives said.

For instance, in the vein of Airbnb, where the private is made public, an outdoor furniture startup called Outer has figured out a way to turn people’s backyards into showrooms for outdoor furniture.

By doing that, Outer is not just showing off a particular good, but a lifestyle, according to Myslinsky.

“Your home is everything right now: your office, your house,” Berkowitz said. “There’s an opportunity for real innovation there. Every great real estate agent knows staging is so important because consumers lack inspiration and good creative ideas. We’ve gotta lean into that.”

Editor’s note: This story has been corrected to fix the spelling of Myslinsky’s last name. Inman regrets the error.

The best 2020 Black Friday deals for every type of agent

How to leverage partnerships for a better client experience