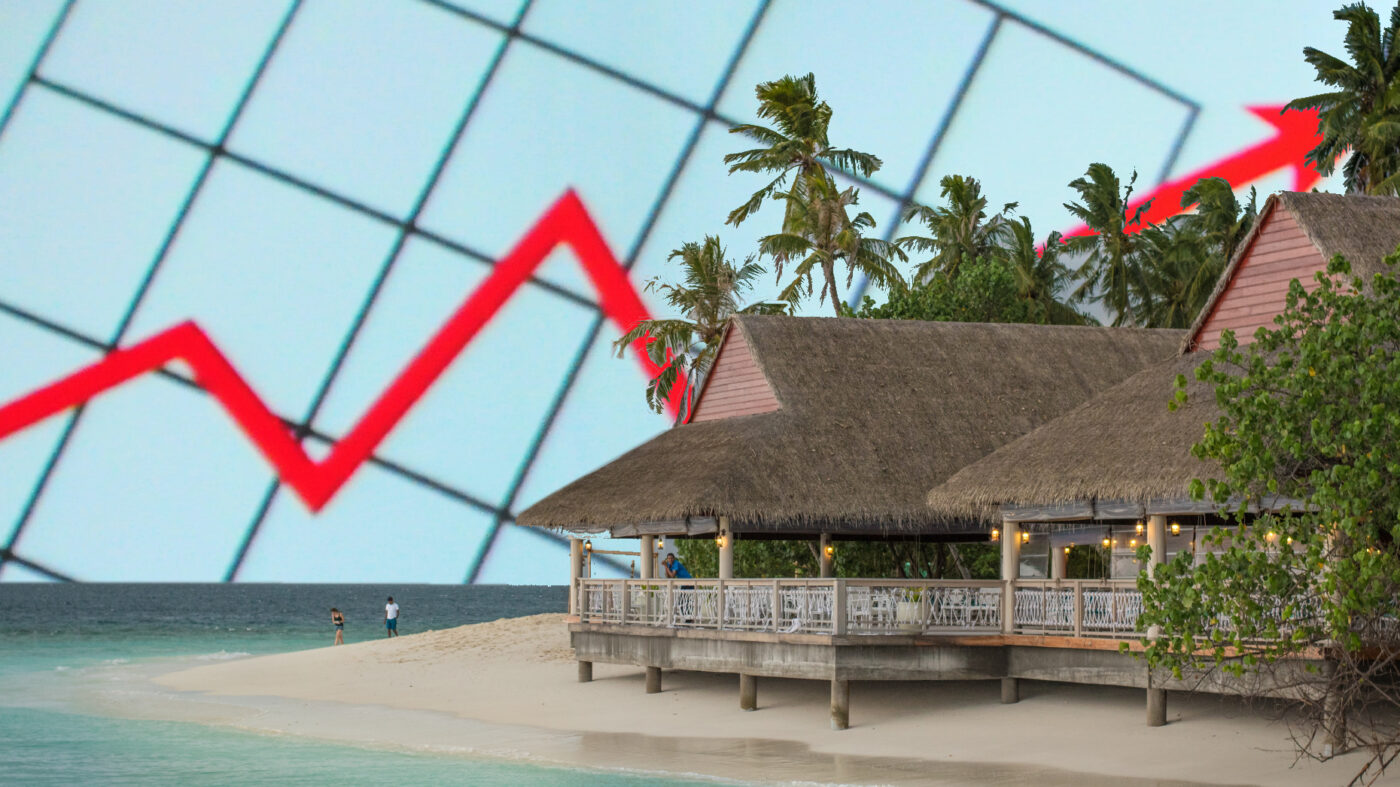 Airbnb is on the verge of going public, but in the run-up to the company’s initial public offering a new report suggests it may actually be undervalued and could eventually grow to become the largest travel company in the world.

The report, from consumer analytics company ValueChampion, compares Airbnb to other established and already public travel companies like Booking.com — which is currently valued at about $85 billion. New documents revealed this week that Airbnb is shooting for a $35 billion valuation when it starts selling shares, making it less than half as valuable as Booking.com.

However, ValueChampion’s report suggests Airbnb has massive growth potential that could allow it to overtake other travel companies.

“Airbnb could grow into the most important, if not the biggest, travel company in the world, meaning Airbnb’s stock could actually be undervalued relative to its potential,” the report states.

The reason ValueChampion sees Airbnb as having so much potential is actually because it merges the real estate and travel industries in a way that other companies haven’t been able to master.

“Airbnb’s true strength lies in its unique portfolio of real homes that its users can rent,” the report explains. “These are properties owned by single-property owners whose full time jobs aren’t to rent out their homes and maximize their revenue.”

Other factors such as reviews of both hosts and guests, and the fact that many hosts don’t need to keep their properties occupied at all times, also give Airbnb an advantage. The end result, the report concludes, is that Airbnb has managed to make itself synonymous with “‘vacation rentals’ and ‘homestays,’ just as Google has effectively replaced the word ‘search.'”

The report doesn’t speculate on where exactly Airbnb’s valuation may ultimately land in the near future, but it does note that Airbnb may become the go-to site for travel in the same way that Amazon has become consumers’ go-to for shopping. The end result may be “an exciting upside for investors,” the report adds.

The report also doesn’t get into what this means for the real estate market, though it’s clearly a big deal. After all, imagine being a book retailer or shop owner in the early days of Amazon; the online retail giant was a threat, leading for example to the demise of companies like Borders, but also an opportunity for companies to connect with a wider array of consumers.

If Airbnb follows a similar trajectory, it’ll continue gobbling up real estate, creating opportunities for housing professionals who can harness that trend and challenges for those who can’t.

In any case, evidence that Airbnb is still on the rise further comes from the report. Though travel in general has floundered this year amid the coronavirus pandemic, ValueChampion concluded that the crisis “actually may have helped Airbnb in the long-run.”

“As people shy away from conventional travel involving flights and hotel stays, the traveling during this pandemic effectively became driving to an Airbnb,” the report states. “This dynamic combined with Airbnb’s brand power means that it has been taking a greater percentage of consumer mind share.”

ValueChampion further found that Airbnb suffered less and is recovering more quickly during the pandemic; that it has managed to become leaner and more efficient, especially compared to competitors; and that consumer interest in Airbnb appears to have surpassed interest in Booking.com during the COVID-19 outbreak.

On top of that, the report speculates that Airbnb could have an easier time expanding into more traditional businesses, such as flights or hotels, than established companies will have expanding into short-term residential rentals.

This is all speculative, of course, and it remains to be seen how investors will respond to the IPO of a travel company at a time when travel remains highly disrupted. However, if ValueChampion is right, Airbnb is well-positioned to “cement its position as a synonym for travel and establishing itself as the long-term leader in the travel industry.”

New jobless claims dip below 1M as Biden steps into presidency
Back to top
We are less than 1 week away from Inman Connect! Get your ticket for $99 before prices go up next week.GET YOUR TICKET×
Inmanpot
Log in
If you created your account with Google or Facebook
Don't have an account?
Create an Account
Forgot your password?
No Problem