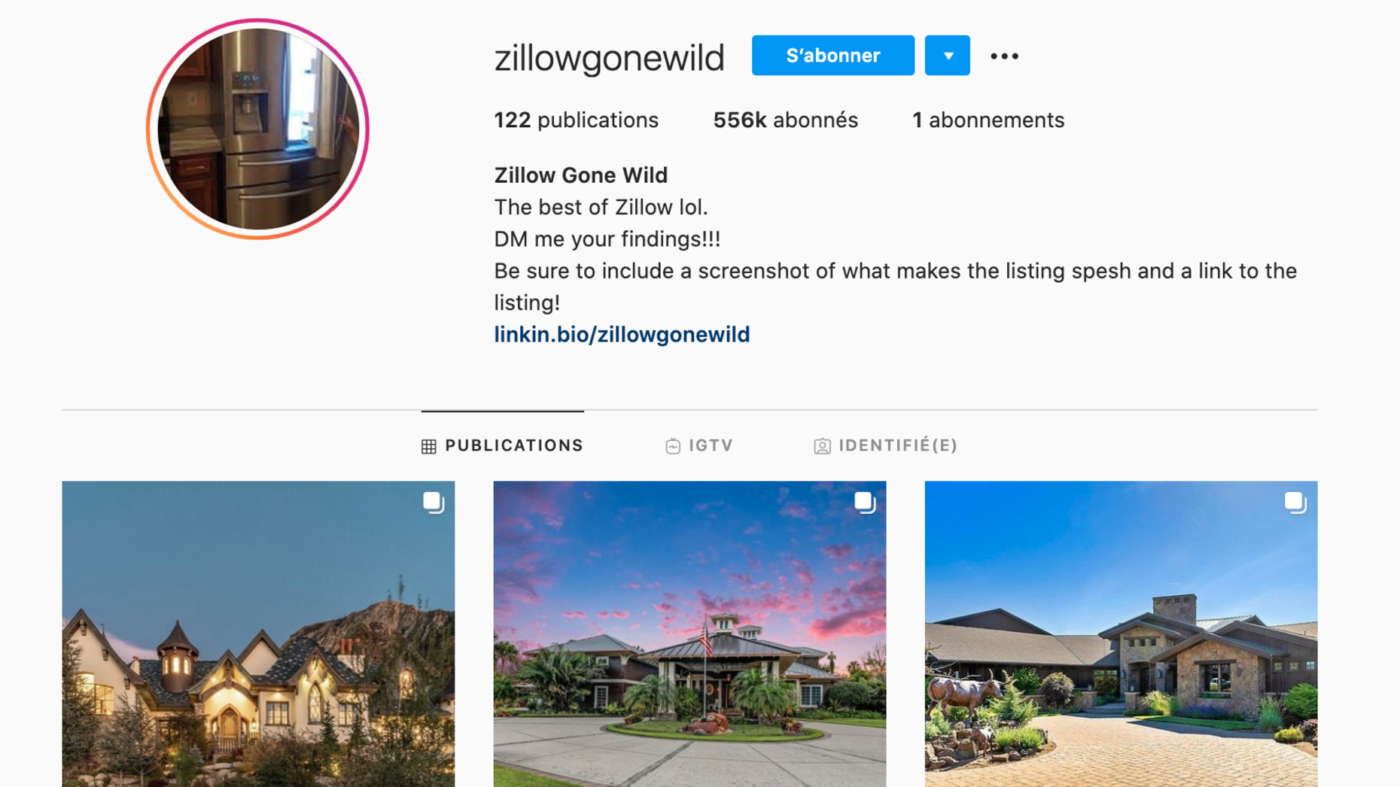 An Instagram account that finds the biggest, flashiest and otherwise weirdest listings on Zillow is quickly gaining a devoted following.

“I’d buy this for the urinal alone,” Mizrahi wrote under a five-bedroom Utah mansion built into a cave and listed for $3.77 million. The house has towers and turrets, a deck that is carved into a cliff and overlooks the Wasatch Mountains as well as a pool built into an underground cave — but it was the urinal in one of the home’s six bathrooms that caught many commenters’ attention.

“Everyone of these houses look like ones I’d build in ‘The Sims’ using the endless money cheat code…” wrote Instagram user @chicagohobbit.

Some, like the Flinstone House in California’s Hillsborough, are properties that have repeatedly made the news. Others appear to be normal houses on the outside but, as revealed later in the listing photos, have a secret feature like an underground aquarium, a detached residence that used to be a jail or a secret full-size hockey rink.

Often, the posts will feature an ordinary first picture and make users click through the other listing photos to find the “catch.”

An average post on Zillow Gone Wild can generate around 15,000 likes and 600 comments. Some, like a Tennessee mansion full of hunting trophies and its own gas station, have gone viral and generated nearly 30,000 likes.

Zillow Gone Wild now has 560,000 followers. Mezrahi, who also writes for BuzzFeed and makes memes behind the 3.9-million-follower KaleSalad, told the New York Post that he started the account by scouring Zillow for interesting and unusual listings. As his following grew, more and more people started sending in listings on their own. In fact, he invites followers to “DM me your findings!!! Be sure to include a screenshot of what makes the listing spesh and a link to the listing!”

“I had a feeling there’d be interest because a lot of people like to browse Zillow,” Mezrahi told the New York Post.

While a TikTok account like @cyberexboyfriend has gained a large following joking about of the site’s most over-the-top mansions, Mezrahi told the New York Post that his goal isn’t to make fun of the listings but rather to point out some of the most interesting ones.

“People [love to] have fun with their homes,” he said.

How to become a local real estate celebrity in 2021