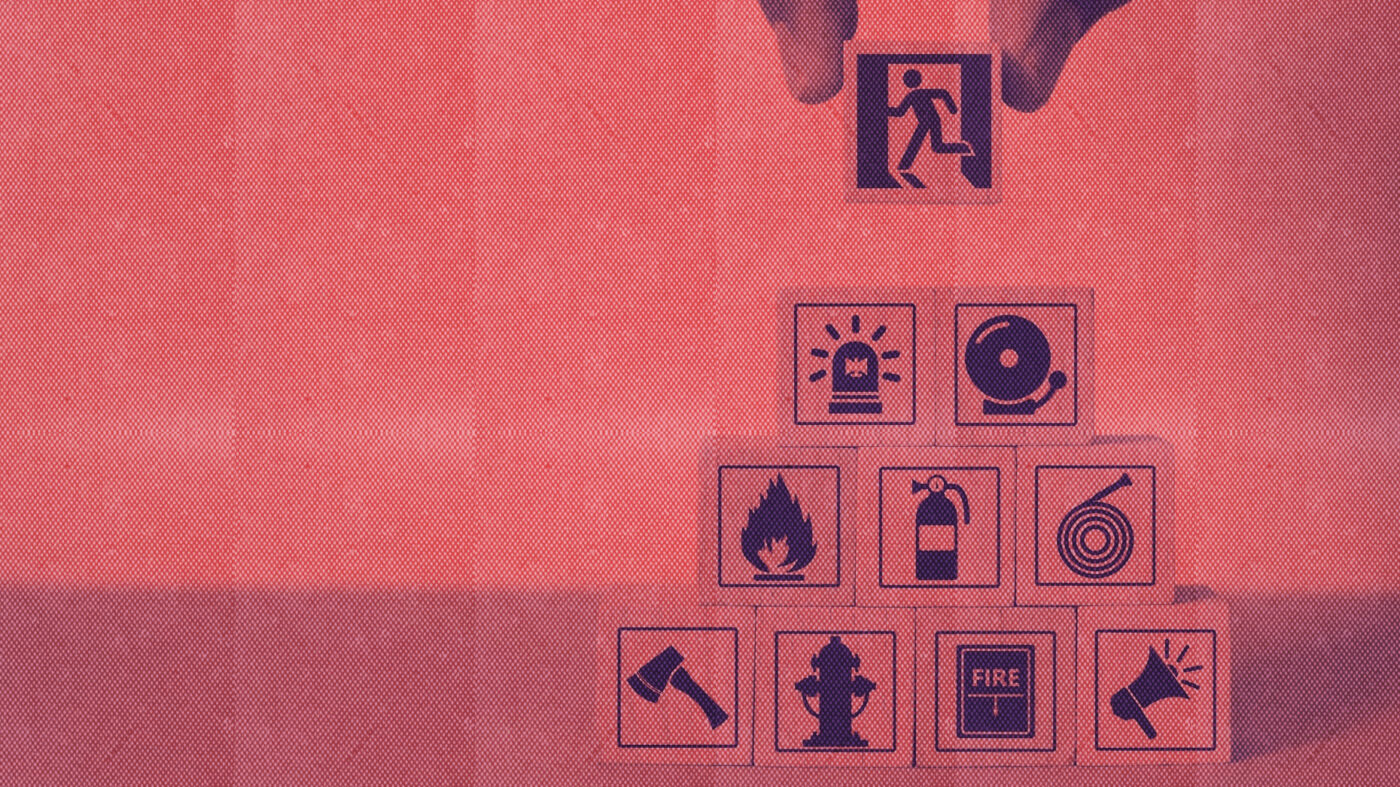 by Gerard Splendore
You successfully shared the article.
Close

What should a resident in an apartment building do if they are inside their home and smell smoke or suspect a fire in the building? Here are a few precautions to follow — some obvious, some not so apparent.

Before smoke alarms were commonplace (and often mandated by law), residents of apartment buildings and rooming houses had to deal with fires after they’d already been detected, using fire buckets, extinguishers and hoses in hallways.

External fire escapes originally constructed of wood or metal were the preferable means of egress for landlords as opposed to interior fire stairs, which reduced the amount of usable and rentable floor space. Philadelphia and New York were the first cities to require fire escapes for tenements and factories in the mid-19th century.

In 1968, exterior fire escapes were no longer required in new construction, replaced by fireproof interior stairs with access from every floor. The walls of these fire stairs are required by building code to be fireproof and the doors to the fire stairs must be metal and able to withstand fire and sparks for up to three hours.

But, what should a resident in an apartment building do if they are inside their apartment and smell smoke or suspect a fire in the building? First, a few precautions — some obvious, some not so apparent.

Beware of these apartment firetraps

Unattended cooking is one of the most common causes of fires in any domestic situation. Always be careful to keep flammable substances such as paper towels, dish rags, window curtains and paper away from stoves.

Be certain that any pan or dish used in cooking is ovenproof. When using a microwave, be particularly careful of any paper take-out containers or china with gold or silver trim, as sparks can cause ignition.

Toasters, mixers, blenders and other small electrical appliances should be regularly examined for frayed cords or loose plugs.

Plug strips and space heaters are not a good combination, as the electrical cord from a heater can become very warm and melt the plug strip. Overloading an electrical outlet or an extension cord, or concealing an extension cord under a rug is also a hazard.

Gas or electric dryers need to have lint traps and hoses cleaned regularly to prevent fires — a simple process that only takes a few minutes but can prevent fires.

Always be certain to use the proper wattage and type of light bulb in any light fixtures or appliance, including the appropriate bulb for ovens and refrigerators.

Other simple safety precautions involve lit candles, fireplaces smoking and hair dryers, all of which should never be ignored or left unattended. As an extra safety precaution, any unused electrical appliance should be unplugged.

Without question, the kitchen is the site of the most apartment fires (73.6 percent, according to a FEMA report).

The National Fire Incident Reporting System divides residential fires into two categories: confined and nonconfined. Nonconfined fires, which are most likely to begin in a kitchen, go beyond the site of origin, spreading to other rooms, such as the living room or bedroom. These fires can be prevented, as nearly half of all noncontained fires are caused by human error.

What to do in an apartment fire

During any emergency or accident, it is a cliché to state “do not panic,” but it is also one of the hardest things to do.

If there is a grease fire on your stove, do not pour water on the fire. A fire extinguisher or box of baking soda doused on the fire will stop the flames. Fires require oxygen, so smothering a stovetop fire with a large pot lid on a pot will also stop the spread of flames.

If the fire has spread beyond the stove, it is best to leave the apartment, call 911 and alert neighbors. Closing doors and windows, if there is time, will help to contain the fire.

What to do if the fire is not in your apartment

If you smell smoke, hear a fire alarm or sense that a fire is in your building, the standard advice is to feel the entrance door to your apartment, which, by code, should be metal, and if it feels warm, do not open the door.

A wet cloth at the base of the door will prevent some or heated air from entering your apartment, giving you time to seek help.

Precautions before a fire

When looking at apartments or before you first move in, note where fire stairs and exits are. Are some doors alarmed? If so, know where they are and how to trigger the alarm, usually by opening the door, to alert others to the fire.

Never take an elevator during a fire. Strategically map out where the fire stairs are in relation to your apartment, so you can find the door in the dark.

It is always advisable to have an evacuation route, if not more than one, in case of emergency. Always lock your door and take your keys with you when leaving your apartment.

A word about smoke inhalation

The presence of smoke in an apartment or hallway is often not the only cause of harm during a fire. A fire will heat the air in the areas surrounding the flames and even on other floors, to such a high temperature to such a high degree, that simply by inhaling, it is possible to scorch your lungs and die.

Inhaling smoke can cause dizziness and fainting, also a cause of death. A wet towel over your face will help you to breathe during an evacuation, and keeping close to the floor, where the air is cooler, will buy valuable time as you navigate an escape. Keeping eyes closed will prevent damage to eyes, which are extremely sensitive to heat.

If you are outside your building

If you are outside the building and see smoke or flames, do not enter the building. If you suspect neighbors or pets are inside tell the firemen and describe where they may be located in the building.

Modern construction has advanced fireproofing measures, including sprinkler systems, fire-rated walls and doors, alarm systems and smoke detectors. The safest place during a fire may be inside your apartment unless the fire originates inside your home.

Advanced communication systems will alert you to a fire and may advise you of evacuation routes and safety instructions during an emergency. During any crisis, it bears repeating that the ability to stay calm, and not panic, is the best advice.

Quakes, floods and fires: These are the 10 riskiest counties in the US

How to ensure your investment property is winter-ready

Trying to find your niche? 5 tips for working with seniors