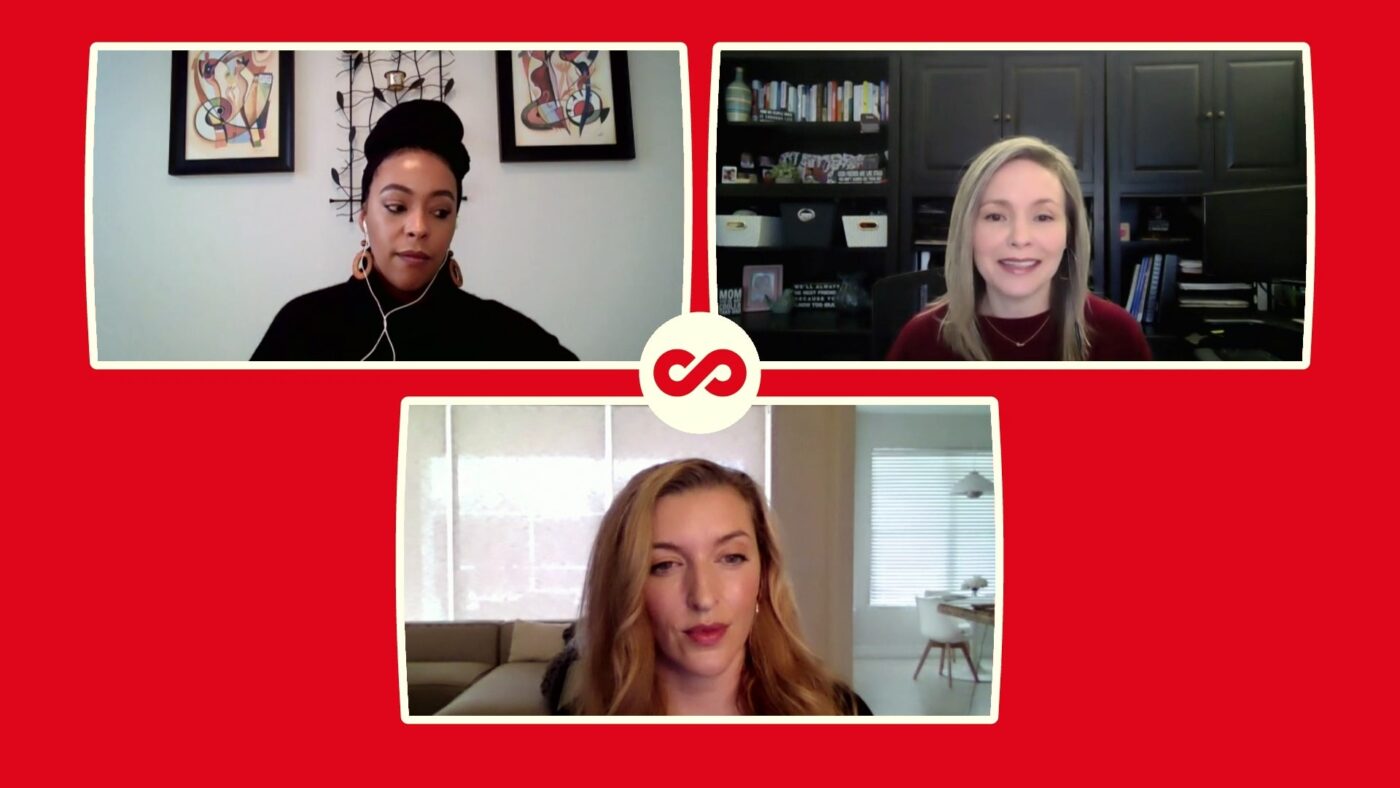 Multiple listing services need to either meet agent needs and help them compete against tech giants like Zillow or lose them to something like a national MLS, Courtney Poulos, broker-owner at Los Angeles-based ACME Real Estate said at Inman Connect on Tuesday.

Poulos spoke in a session called “What is the Role of the MLS?” along with Denee Evans, CEO of the Council of MLSs (CMLS) and moderator Kendall Bonner, a broker at RE/MAX Capital Realty in Florida.

“So we, by default, are kind of forced into a set of rules,” she said. “We really don’t have a choice.”

Poulos said that while she’s sold real estate in multiple states and found some MLSs to be more supportive of agents than others, she associates MLSs largely with rule enforcement.

“What I see the role currently of the MLS is as a kind of a police force and very restrictive enforcement of [National Association of Realtors] new policies, as opposed to agent support in a changing technological environment where we now have to fight for our unrepresented buyer leads, for example, with Zillow,” Poulos said.

Citing a previous Inman Connect session with CoStar CEO Andy Florance, Poulos said Florance was “spot on” that “enormous behemoths” had been created by listing agent data and that “the unassuming, uneducated buyer” doesn’t know that when they go on a site and ask to see a house “that they’re jumping into buyer agency with somebody who’s not on the listing side.”

“I think it’s important for the MLSs to acknowledge that we’re up against something right now,” Poulos said. “And if some of these old school policies don’t change, we are going to look for a national MLS. Something like what CoStar was talking about, that doesn’t restrict the listing agents from marketing directly to the unrepresented buyer. This is critical. It’s a critical role for our MLS.”

Evans, whose trade group counts more than 200 MLSs as members, said CMLS had been pushing its members to earn their customers and work “as if you have competition breathing down your neck at all times.”

“It’s not an implied customer anymore,” Evans said. “We have really seen that recently where there are MLSs that are competing on service and trying to be very broker- and agent-centric and get that feedback loop of ‘what are your wants and needs,’ so you can meet the needs of your customers.”

Evans also said she encouraged MLSs to bring “the best of the best” among their subscribers onto their boards of directors.

“So that as we are evolving and changing to this new technology, the people making those decisions are the ones who are the most informed and understand where we’re going, so they can help make those decisions because no one really loves change,” Evans said.

“As Brad [Inman] talked about in his opening, we changed in six months what would have taken this industry five years and it’s amazing, and such credit to the people in this room who grasped that change and just continue to make the market work. MLSs, we’re facilitating the technology to make sure the transaction could still happen and agents were grabbing that new technology and getting it to their consumers so we could still make homeownership happen.

“If we can continue that idea and that collaborative nature of our cooperative within our industry, it’s some pretty amazing stuff we can get done.”

Evans also pointed out that an MLS of Choice policy passed a few years ago, which prevents MLSs from requiring agents to pay for their service even if they don’t want it, so long as agents can prove they subscribe to a different MLS.

Poulos said that she doesn’t know how many U.S. markets have adopted MLS of Choice but in Los Angeles, “We really don’t have a choice. You are associated with an association that has a relationship with an MLS. And that’s it.”

Poulos is a member of the board of directors for the Greater Los Angeles Realtors Association and said she’s been lobbying for an MLS change that would allow listing agents to put “If you’re an unrepresented buyer, please contact listing agent information” in listing descriptions.

“So that when it goes out to the IDX feed and it’s populated on Zillow, Redfin etc., a buyer can now know ‘Oh, that person that’s on that isn’t the listing agent’ and the consumer can make the choice,” Poulos said.

Before appearing at Inman Connect, Poulos said she asked members of her agent community on social media to reach out and tell her their concerns.

“The No. 1 concern was that our MLSs are doing absolutely nothing to help us compete in this increasingly virtual environment,” she said. “Zillow’s stated mission is to keep their deals from the time the buyer clicks to the time they close on one platform, virtually eliminating the need for any other agent, and you won’t even see those listings on the MLS if they accomplish their mission.

“So if you don’t start helping for real — by empowering MLSs to make local decisions that meet the needs of their actual consumers without being beholden to lopsided NAR policies, for example — then you’re going to lose people,” Poulos said.

Poulos said she herself considered disassociating from the MLS due to the National Association of Realtors’ Clear Cooperation Policy, which requires listing brokers to submit a listing to their MLS within one business day of marketing a property to the public.

“[The policy] inadvertently benefits huge brokerages like Zillow and totally disempowers independent brokerages and independent brokers,” Poulos said. “There’s nothing they’re doing to change it. Our MLS that I pay money for seems to have deaf ears when it comes to making changes that really help people. What they don’t have a problem with is spending money on virtual open house PDF programs that nobody will use.”

The Clear Cooperation Policy is “making us sell real estate with our hands tied behind our back in Los Angeles,” she added.

“We have celebrity sellers. We have tons of reasons why agents want to list pocket listings, or sellers want to list pocket listings, which is totally legal, but because of the MLSs’ undying loyalty to NAR rules and restrictions, we now are losing listing opportunities to Compass. And I imagine it will be like a Zillow thing too because they are allowed to market that they can do pockets in-house because so many people are under one managing broker.

“It’s just not fair. And it’s actually not true that the local MLSs, from my experience, are making any actual changes to help agents compete with big tech giants. They’re not.”

Bonner noted that in some markets, there’s only one MLS and agents struggle with a lack of choice, while in other markets with multiple MLSs agents are frustrated because they have to belong to more than one MLS to do business.

Evans encouraged Poulos to continue to communicate with her MLS and also reminded attendees that MLSs must serve a diverse customer base.

“Some love cutting edge technology,” Evans said. “Some are like ‘Don’t change anything. I want my [MLS] books back from 1995.’ So we have to continue those conversations and talk about it.”

But in regards to enforcement, Evans said MLSs must have a shared set of rules.

“As much as they can be frustrating, between being the guardians of the data and the facilitators of innovation to power those tools that you want and you need to make homeownership happen, we have to have that set of rules shared upon,” she said.

“The alternative is Craigslist, right? You can also post your listings on Craigslist but there isn’t that agreement, so yes there’s going to be challenges and yes we need to keep working on them.”

But Poulos pointed out that while there are rules to protect data which she agrees with, there are no across-the-board rules for “coming soon” listings or to calculate days on market.

“How days on market is counted whether it’s from contingency date to pending, there are crazy amounts of variables in the way the data is collected,” Poulos said. “That’s another thing that’s been a big fight in my market, because even though there’s an accepted offer, the days keep counting as days on market.”

Evans replied that if she suggests that a conversation on days on market be had at the national level, “People come at me.”

Regardless, Poulos said MLSs have to operate differently and move faster than they have been “or you will lose us.”

“Realtor.com had a great opportunity,” Poulos said. “Before Zillow got huge, before Redfin got huge, they had a great opportunity to create a consumer search portal that supported the agent, where I have my contact information on my listing that pulled from every MLS IDX feed in the entire country and really create something like what CoStar is talking about doing now, but they failed.”

MLS should help agents “fight back” by letting them clarify for consumers who the listing agent is “and give us our leads back,” Poulos said. “We shouldn’t have to pay Zillow to have our face on [our listings]. I don’t think that’s even an option anymore, but they made so much money on us. We built this monster. Our MLSs need to have our back, even if NAR doesn’t.”

Evans said that MLSs do have their back and noted that there would be new disrupters and business models in the future so the industry should focus on how to best meet consumers’ needs.

Bonner then wrapped up the session, noting that some MLSs are “doing a fantastic job serving their communities” while others “might need to step up their game.”

Why the nation's largest MLS is declaring Saturday a work day