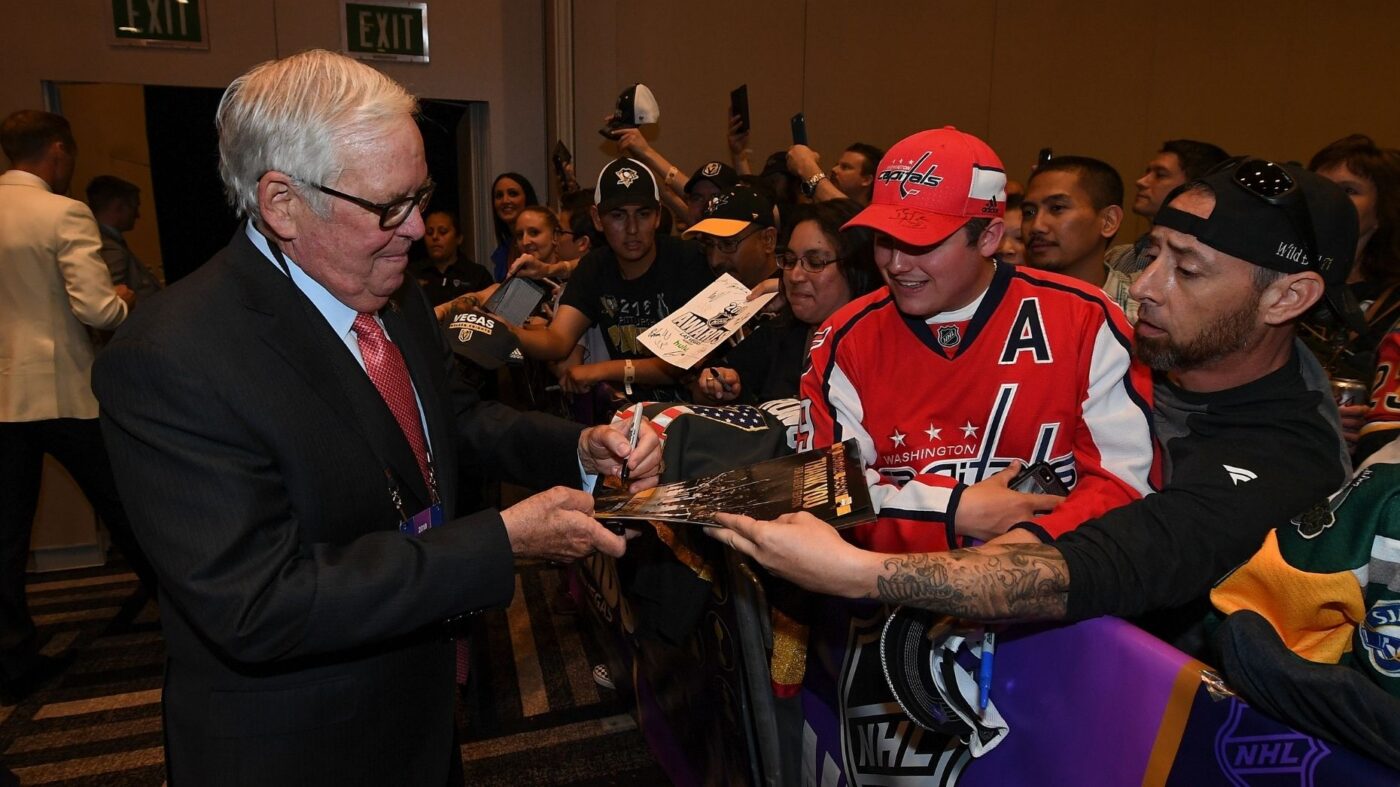 Seventy-six-year-old Bill Foley wins more deals than he loses, and more often than not, he turns his acquisitions into gold.

Real estate billionaire Bill Foley has a strategy when acquiring companies. He starts by giving the target a “bear hug,” pouring on the love and propping up the ego of the founder or CEO. Then, over the course of the transaction — and after rigorous due diligence — he drills down to the true value of the company, avoids overpaying and brings the deal personalities down to earth.

“It is an art to watch,” says one insider.

Seventy-six year old Foley wins more deals than he loses, and more often than not he turns his acquisitions into gold.

Companies from real estate to wine, resorts, fast food, steak houses, data, insurance and sports have been the target of this zealous dealmaker over the last 40 years. It’s made him among the richest men from the residential real estate industry.

Foley, the real estate billionaire that most people in real estate have never heard of, is both a company acquirer and a company builder. And he is good at both.

If you are in the real estate industry, your customers have purchased a policy from his title company, Fidelity National Title. You’ve used his MLS services or data from Black Knight, or bought leads from Commissions, Inc.

You have probably eaten one of his hamburgers at a string of food franchises such as Carl’s Jr. You may have watched his hockey team, the Las Vegas Golden Knights, the surprisingly successful NHL expansion team for which Foley paid $500 million. Or you’ve drank one of his red wines — he is one of the largest vineyard owners in the United States.

Or, if you had a particularly good pandemic, perhaps you bought a lot at his Rock Creek Cattle Company, a secluded, 28,000-acre ranch in Montana for the wealthy that features wild elk, bears, wolves, deer and antelope.

Foley has successfully done hundreds of acquisitions, building empires along the way.

And it all started with title insurance — most of his ventures are offshoots from this once sleepy industry.

In 1984, Foley, then a lawyer, bought a small title insurance company in Phoenix, Arizona. Today after 95 acquisitions, Fidelity National Title Insurance Company is the largest title insurer in the country with 30 percent market share.

Most consumers do not understand how title insurance even works, but a title policy is part of every property sale because it is required by lenders to insure that a property is free of liens or other encumbrances.

A string of start-ups are trying to disrupt the title business, the industry’s backwater. But most in the end find themselves partnering with companies like Fidelity. They are masters at understanding and influencing a confusing set of state laws that regulate rates and practices. Plus, the average agent has a relationship with a title company that controls the fate of who gets the business.

When Foley got into the title industry, he saw a high-margin business bloated at the top.

The company’s largest acquisition was Chicago Title, which Foley bought in 1999 for $1.2 billion. The old-school title company had 500 people in its executive offices in Chicago. At the time, Fidelity only had 120. Most of those jobs in Chicago were wiped out.

Showing his investment prowess early on, Foley began his fortune trading stocks as a student at West Point. Today, Wall Street investors love to invest in Foley’s enterprises. His latest conquests are SPACs, the trendy blank-check companies that offer another way of taking companies public. But his strategy isn’t to use the investment vehicle to help moonshot ideas in technology, rather instead to focus on tried and tested industries like insurance that he deems undervalued.

Like a handful of gifted leaders, Foley sees around the bend and where things are headed.

Although it’s counterintuitive, he realized Las Vegas was a perfect town for hockey. This accounts for his success selling out season tickets before there was even a team or a stadium.

His success in the wine industry was the result of rolling up the fragmented local vineyards, creating a wine behemoth along the way.

The title industry was a stuffy old business that was ripe for the pickings. The cash flow in this business is insane, giving him the financial foundation to enter so many other industries.

Like Warren Buffet, he may be a buttoned-up guy, but Bill Foley is crazy like a fox.

Sorting through pandemic predictions: What held true?
Back to top
Inman Connect Las Vegas is back and there are only a few presale tickets left! Register today before they're gone.REGISTER×
Inmanpot
Log in
If you created your account with Google or Facebook
Don't have an account?
Create an Account
Forgot your password?
No Problem