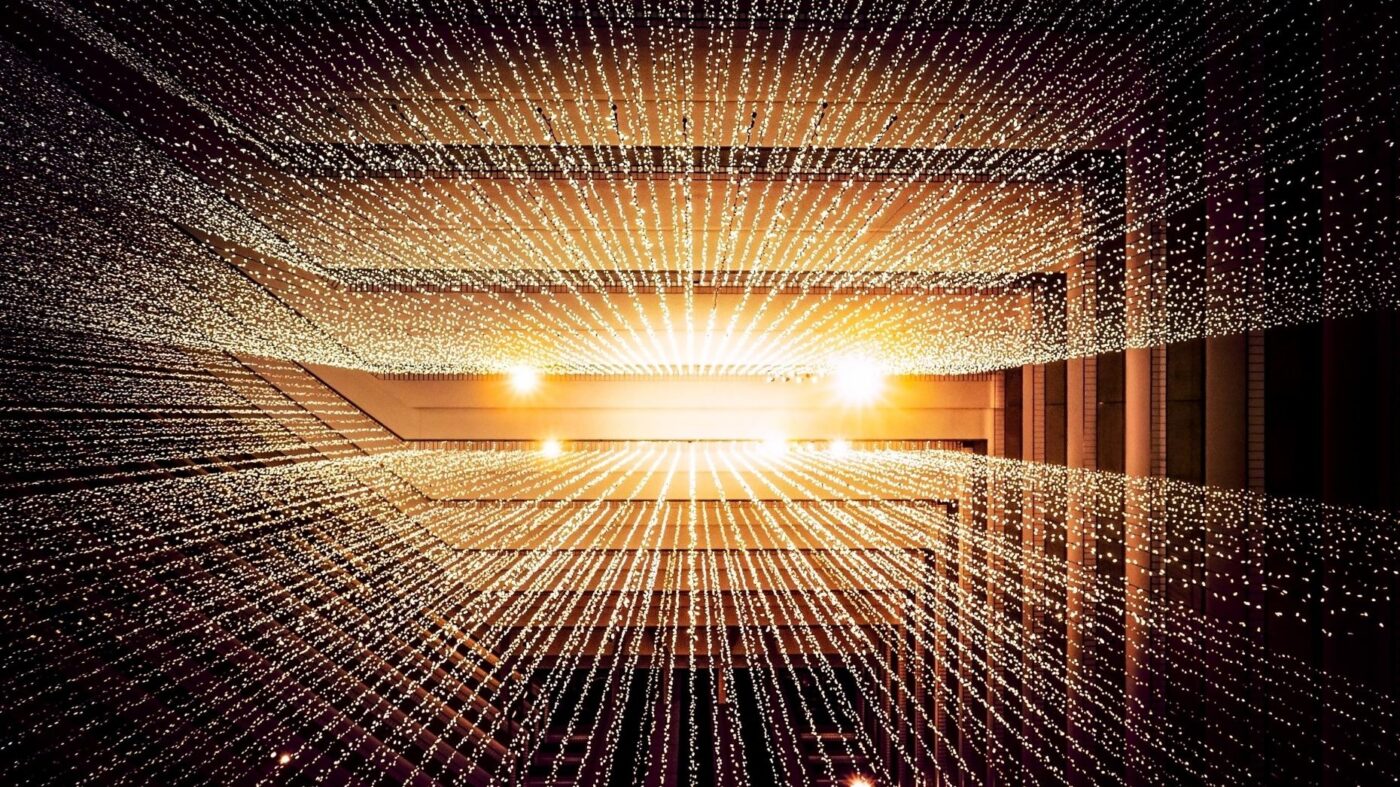 The housing industry is gearing up for a boom in mortgage tech. Some of housing’s top experts explain why.

A few years ago, signing a stack of papers at the mortgage closing table was expected – there was no other option. But now, a whole new world of possibilities has opened up as mortgage tech continues to advance and a younger generation of home buyers enters the housing market for the first time.

“Alexa, get me a mortgage,” was nothing but a dream several years ago. Now that dream may be becoming a reality as mortgage lenders turn their eye on mortgage technology — and the sky is the limit.

The mortgage industry is ripe with fresh ideas and old systems that need to be updated to fit today’s times, from front-end technology to origination tech to finding ways to innovate servicing, every sector is on the precipice of change, and 2021 could be the year that finally makes the switch.

Now that companies have boosted their database, it is time to begin learning how to use that data.

“It’s really interesting to see how a lot of people are trying to solve the same problem in different ways,” ICE Mortgage Technology President Joe Tyrrell said in an interview with Inman. “So, right now you’ve got a lot of people that are involved in the process, but not adding the value that they’re intended.”

He explained that many highly trained professionals are wasting time checking paystubs and W2s – time that could have been spent solving more in-depth or complicated issues.

“That’s really a big friction point where you can have technologies, specifically machine learning and artificial intelligence, not just recognize the documents, but actually make decisions the human would normally make,” Tyrrell said. “But they’ll give you the guardrails if you need them as a lender to feel comfortable with looking at exceptions.”

But as lenders look to increase their tech stack, mortgage technology companies need to realize that this change should look more like an evolution than a revolution.

“Anybody who thinks that they’re going to come in and create a revolution with artificial intelligence has really never been a lender,” Tyrrell said. “The risk is so high of a loan buyback, or for missing a regulatory requirement or doing something before you’re allowed to do it. I mean, the risks are so big and so this is much more of an evolution versus revolution.”

Mortgage tech boom on the horizon

The data and technology are there, ready for lenders to upgrade their tech stacks, and 2021 could be the year of change when it comes to mortgage lending technology.

Last year was unprecedented in many ways, including the surge in mortgage demand driven by ultra-low interest rates, pushing the top mortgage lenders’ growth even higher.

Some of the top lenders of 2020 will be familiar, however their volumes are up significantly from the volumes recorded at the end of 2019. One mortgage lender recorded more than 340 percent growth from the previous year. In fact, as mortgage origination volumes surged and lenders went public, several mortgage lenders made the list of Forbes billionaires for the first time this year.

But lenders were so busy dealing with the surge in mortgage origination demand that they didn’t have time to invest in their tech stack. Headed into 2021, lenders are now considering using their profits to upgrade their technology.

ICE Mortgage Technology reported that its earnings per share of $4.51 were up 16 percent year-over-year on record revenues of over $6 billion for the full year of 2020.

This increase in revenues also came with an increased interest in new bookings as more lenders started branching out, looking into the company’s tech offerings.

“I think 2020 was a year where a lot of lenders said, ‘We’re in a pause on deploying technology because we’re too busy,’” Tyrrell said. “At the end of 2020, even if they finally got their arms around the volume, then they were headed into the early changes. So they were a little apprehensive to make any changes heading into Q1 of this year.

“Now, and we’re certainly seeing it, I think there’s a big appetite to start really looking at deploying the next level of technology,” he continued. “In fact, if you look at Q3, Q4 of last year and Q1 of this year, those were the three highest quarters in the history of our company for new bookings. So the appetite is there. They’re now going to have some opportunity to start to deploy that technology, so they’re ready for the next wave of volume that comes in, and so that they can have the highest profitability on the volume that they’re capturing today.”

eClosings are here to stay

One saying that has been common during this time is that, “You can’t put the toothpaste back in the tube.” In 2020, stay-at-home orders brought about by COVID-19 forced lenders to find new solutions and started a revolution that likely can’t be reversed. Consumers have now seen what’s possible, and they won’t settle for anything less.

One technology that took off last year was remote online notarizations (RON), that allowed consumers to close on their mortgage from anywhere, using software tools to verify their identity rather than sitting in person in front of a notary.

Companies that make eClosings possible saw a surge of growth last year. Notarize raised $130 million after a year of huge growth, recording a 600 percent growth in its RON platform over the last 12 months.

In its November earnings report, Zillow revealed a significant number of its Zillow Offers users, more than 60 percent, are turning to remote online notarization.

“The second win, maybe even mightier than the first, is the technology tailwind,” Zillow CEO Rich Barton said in the earnings report. “Across every industry, there has been a COVID-catalyzed and dramatic increase and reliance upon and adoption of technology. The concrete is setting on new digital habits for life and work, and it is highly unlikely that we go back to the old analog ways.

“Virtual tour requests tripled when the stay-at-home orders began,” Barton said. “Now nearly 2/3 of our Zillow Offers home purchases are closed digitally with a remote notary. We are investing our dollars and smarts into building these solutions on behalf of our customers. These new tools are immediately relevant today, and there is just no going back. They will change the expectations for new generations of buyers and sellers in the future.”

In 2020, many states began passing temporary RON legislation in order to allow the real estate industry to continue operating amid stay-at-home orders. Before COVID-19, 23 states had passed some kind of RON legislation. During the pandemic, all but two states, California and South Carolina, passed either temporary or permanent legislation to allow RON on real estate transactions.

Headed into 2021, states will have to decide if they will make their temporary orders permanent, pass some other form of permanent RON legislation or go back to the previous way of closing mortgages. But now that consumers have seen remote closings, it will be hard to reverse these expectations.

And as eClosings become possible in many states across the U.S., mortgage companies will be expected to jump on the trend, or get left behind.

Blockchain on the rise

EClosings are one of the first things that comes to mind when considering mortgage tech advances over the past year, but blockchain is also making moves, getting ready to make waves in the year ahead.

But it’s not just the title industry that could be disrupted by blockchain.

“There are a lot of different use cases – everything from information sharing in the origination ecosystem to servicing to title and capital markets,” said Debbie Hoffman, Symmetry Blockchain Advisors CEO and founder. “Mortgage has a very long supply chain, from the initial marketing and purchase of a home to the origination of a loan, servicing a loan, selling a loan and the secondary market, and within each one of those sectors there are areas where you could have a blockchain.”

'Should I pay down a collection?' How to answer clients

Guild Mortgage acquires foothold in the Northeast
Back to top
We're giving away 3 free ICLV tickets at Connect Now next week. Register and attend live for your chance to win!REGISTER×
Inmanpot
Log in
If you created your account with Google or Facebook
Don't have an account?
Create an Account
Forgot your password?
No Problem