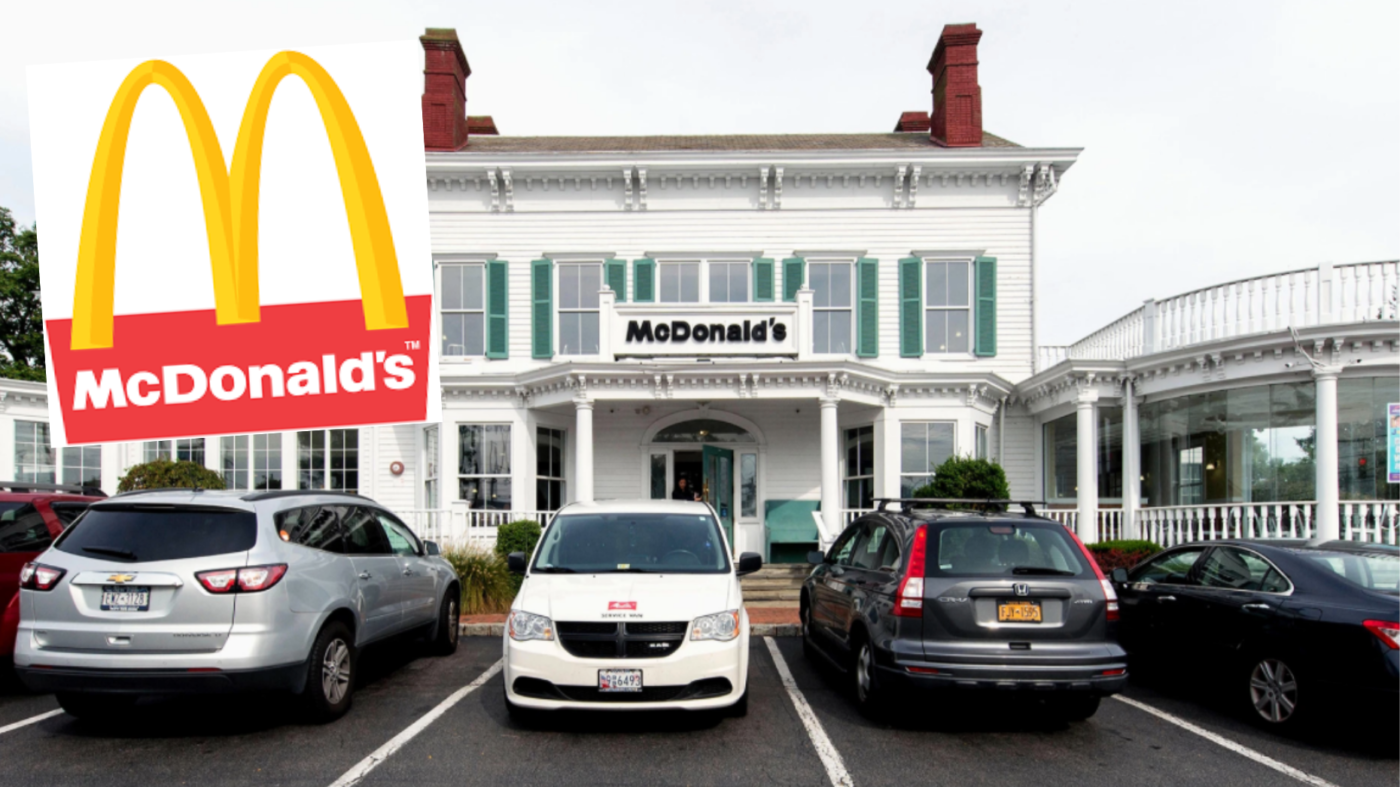 A Long Island home housing a McDonald’s restaurant was so beautiful that authorities declared it a historic landmark — even if locals still stop by it daily for burgers and fries.

The fast food restaurant was built on the site of a Georgian-style farmhouse constructed in 1795 for a prominent local Denton family, according to Insider. Located in Nassau County’s New Hyde Park, the property became a McDonald’s when the franchise bought it in 1985. Denton descendants sold it for commercial use around World War II and it had previously been the site of another chain called Dallas Ribs.

McDonald’s had initially planned to raze the farmhouse and build a typical bright red-and-yellow McDonald’s restaurant. Locals protested and had it designated as a historic landmark in 1988. McDonald’s agreed to undertake a million-dollar restoration and, in 1991, it opened as it currently is — a white gabled mansion with a winding portico and a grand staircase. The company’s logo is seen at the front of the restaurant and in nearby signage but, otherwise, it looks just like a mansion from early American history.

The landmark designation has allowed this McDonald’s to remain exactly the same for more than 30 years and earned it the moniker of the “most beautiful” McDonald’s in the country. On opening day in 1991, The New York Times reported that dozens of cars blocked traffic on the Jericho Turnpike as dozens of cars tried to get inside for an order.  Today, it remains a beloved attraction for locals, visitors and photographers eager to take in the historic atmosphere even if the menu is no different from any other McDonald’s.

“I eventually want to put tablecloths and little battery-operated candles on the tables on Friday and Saturday nights so young people can come here on dates,” the franchise owner told the New York Times in 1991.

Will the Hamptons market cool off in 2021? Don’t count on it
Back to top
Inman Connect Las Vegas is back and there are only a few presale tickets left! Register today before they're gone.REGISTER×
Inmanpot
Log in
If you created your account with Google or Facebook
Don't have an account?
Create an Account
Forgot your password?
No Problem