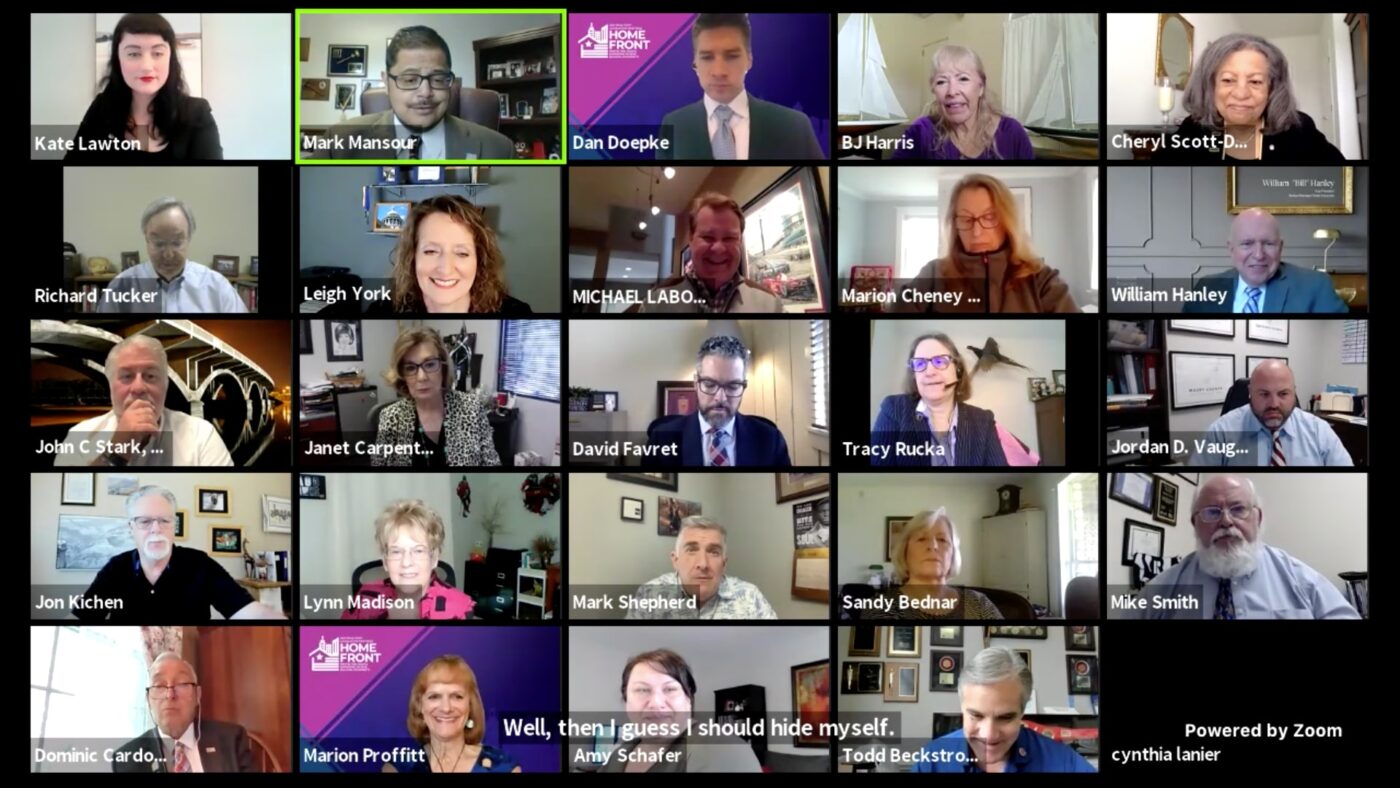 Some NAR members balked at approving a case interpretation that specifically says a preacher speaking to his congregants would be in violation of the Realtor Code of Ethics.

A Realtor’s publicly stated interpretation of religious scripture can violate the Realtor Code of Ethics, according to case interpretations approved by a committee of the National Association of Realtors.

The 1.4 million-member trade group kicked off its midyear conference, the Realtors Legislative Meetings, on Monday with virtual, live streamed meetings of the Professional Standards Forum and the Professional Standards Committee. As promised, the committee voted on case interpretations of a new policy against hate speech NAR’s board of directors approved in November.

After the policy was approved, NAR said the committee would help ethics hearing panels apply 10-5 and evaluate complaints through case interpretations “that offer specific factual circumstances and then a determination of whether the conduct was or was not a violation of the Code of Ethics.” Thus far, NAR has been hesitant to respond to member questions about specific circumstances that may or may not violate the new policies, such as whether using the term “white privilege” or displaying a bumper sticker with the Confederate flag could be considered hate speech.

Case No. 10-9 spurred the most discussion by far, both during the forum and during the committee meeting. That case interpretation reads:

Realtor A was a preacher in his local church, and stated before a group of congregants, “Lesbians and Homosexuals are murderers according to the scriptures!” One of the congregants filed an ethics complaint against Realtor A, alleging this statement violated Article 10 as interpreted by Standard of Practice 10-5. The complainant argued in his complaint that Realtor A’s statement constituted hate speech. The local Association’s Grievance Committee reviewed the complaint, and forwarded it for a hearing.

At the hearing, the complainant argued that Realtor A’s statement constituted hate speech because the remarks were objectively insulting and offensive, and because the speech was based on sexual orientation, a protected class under the Code of Ethics.

Realtor A testified that his statement was based on his interpretation of the Biblical scripture, and that his teachings were designed to help his congregants understand the true teachings of God. The Hearing Panel found Realtor A in violation of Article 10, noting that the complainant’s testimony had provided clear, strong and convincing proof that Realtor A’s statement was “intended to insult, offend or intimidate,” and that it was “disparaging or abusive,” as explained by Appendix XII to Part 4 of the Code of Ethics and Arbitration Manual. The complainant’s testimony further provided clear, strong, and convincing proof that the alleged speech was based on one of the protected classes under Article 10, sexual orientation.

The case is based on a real-life example of a Realtor who said “Homosexuals and Lesbians are Murderers according to the Scriptures” in a Facebook post last summer. Committee members who promoted the new hate speech policy often referenced that example as one of the many that prompted the committee to propose the policy in the first place.

“That person believed that to be a scripturally-justified statement,” said Matt Difanis, chair of the committee’s Professional Standards Interpretations and Procedures Advisory Board, at the forum Monday. “That doesn’t mean that as Realtors that’s a safe harbor.

“As Realtors who have a legal and ethical obligation to make sure the housing market is open to everyone, particularly all of those enumerated Article 10 protected classes, the real analysis is if you get to something that is that offensive that rises to that level, it’s very hard to argue that a member of the LGBTQ community isn’t going to feel like the real estate market options just shrank.”

“We can’t have a blanket exemption for ‘if you quote this, you absolutely have no liability,’ or if you cite religion that that suddenly gives you a safe harbor no matter how offensive the behavior or the language is,” Difanis added.

Difanis said that the advisory board is working on other case interpretations of the hate speech policy regarding religious beliefs and possible anti-LGBTQ discrimination and those will likely be voted on by the committee at NAR’s annual conference in November.

Some committee members and conference attendees expressed concerns about approving a case interpretation that specifically says a preacher speaking to his congregants would be in violation of the Realtor Code of Ethics, citing religious freedom, free speech and the delineation between a Realtor’s personal and professional life.

Others said they couldn’t believe some attendees were defending hate speech.

During the meeting, one committee member, Dominic Cardone, suggested an amendment to the case interpretation that would change “stated before a group of congregants” to “stated on social media” to be more in line with the original example.

Other committee members spoke against the amendment, however. “My issue with the proposed amendment is that the whole purpose of 10-5 is to know that wherever you may be presenting yourself as a Realtor or known in the community as a Realtor, you are not allowed hate speech,” said committee member John C. Stark. “I think it needs to be pointed out that even in the confines of a church environment, this kind of speech can’t be tolerated by a Realtor.”

Because religion is not a safe harbor, “it is possible that somebody’s reading something, word for word, if it otherwise rose to the level of harassing speech, hate speech, epithets or slurs, could still be a violation of Article 10,” Difanis said.

Stark invited meeting attendees to perform this exercise: “To change ‘homosexual’ to any of the other protected classes and to change ‘preacher’ to ‘imam, rabbi, priest,’ and see if you feel the same way.” He added, “Churches, mosques, temples, synagogues are not safe harbors for people who identify themselves as Realtors in any of those roles.”

Cardone’s proposed amendment was defeated and, although some attendees asked the 100-member committee not to pass Case No. 10-9 during the meeting, the case interpretation as proposed was approved.

The case interpretations take effect as soon as they are published on nar.realtor, which the committee expects they will be before the end of the month, and do not need approval from the NAR board of directors.

After some discussion, the committee also approved revisions to ombudsman and ethics mediation policies that would allow allegations of potential violations of the public trust to be initially handled by an ombudsman to facilitate a mutually acceptable resolution, as with any other type of complaint. “Public trust” refers to misappropriation of client or customer funds or property, discrimination against the protected classes under the Code of Ethics or fraud, according to NAR.

Currently, such allegations may not be referred to an ombudsman, but if a complainant wishes to they may file a formal ethics complaint, file litigation or complain to law enforcement or regulatory bodies. With the revisions, complainants may still do that because ombudsman and mediation services are voluntary, but can choose to attempt a resolution through an ombudsman first.

Now that the committee has approved the revisions, they will be sent to NAR’s errors and omissions insurance carrier to see whether NAR’s policy can be expanded in 2022 to cover this type of activity under the ombudsman and ethics mediation programs. “If the insurance carrier agrees to expand NAR’s policy in 2022, this recommendation will be reported to the NAR Board of Directors in November 2021 for their approval,” an NAR spokesperson told Inman via email.

Read the proposed revisions to the ombudsman and ethics mediation policies:

Controversial proposal to require addresses on MLS listings clears hurdle
Back to top
We're giving away 3 free ICLV tickets at Connect Now next week. Register and attend live for your chance to win!REGISTER×
Inmanpot
Log in
If you created your account with Google or Facebook
Don't have an account?
Create an Account
Forgot your password?
No Problem