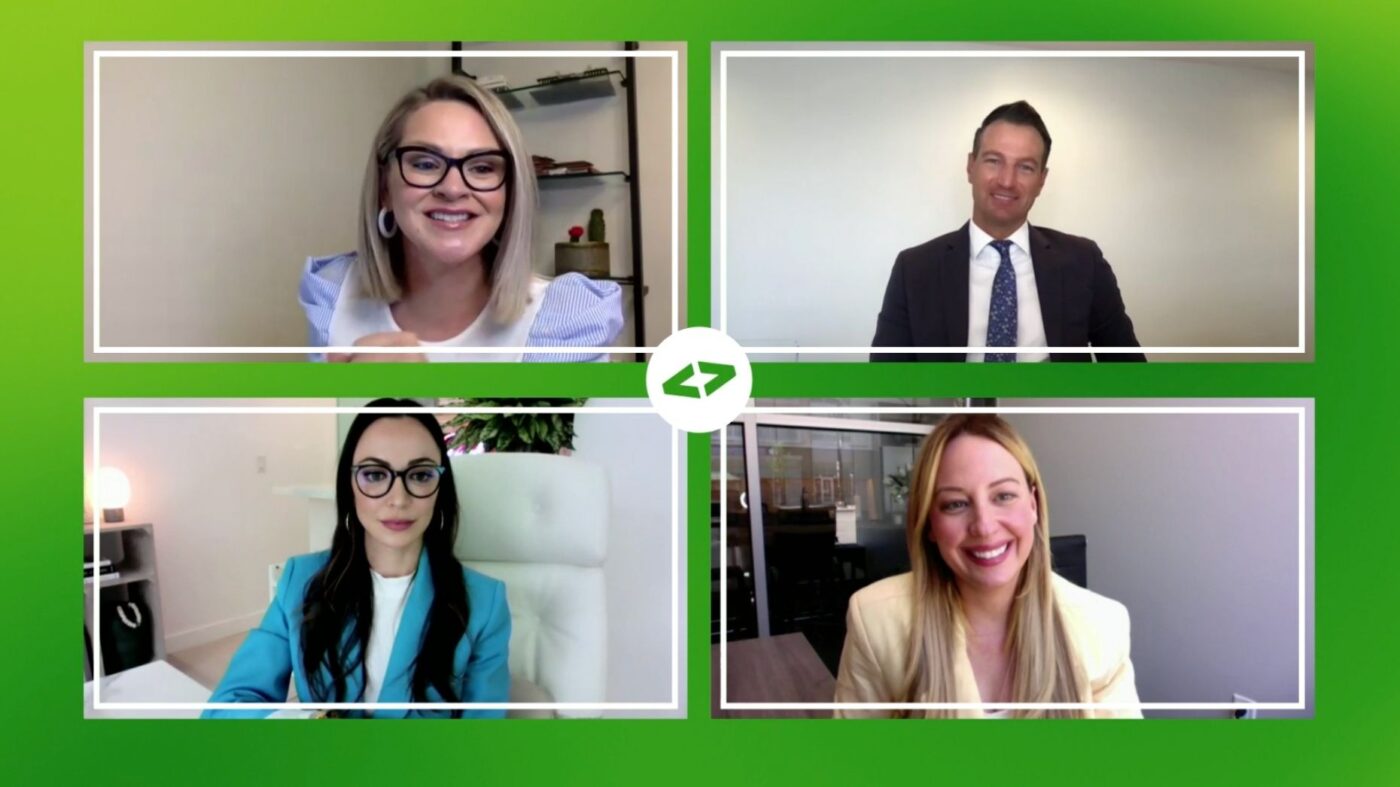 Real estate Instagram pros who spoke at Inman Connect Now on Tuesday stressed that agents should be authentic on the platform and not worry too much about creating a ton of industry-specific content.

We’ve got a full slate of digital and in-real-life events coming up for the best community in real estate. Up next: Our flagship Inman Connect, held virtually, June 15-17. Make sure you’re there!

Social media can be an incredibly effective business tool if agents wield it correctly.

At Inman Connect Now on Tuesday, a handful of early Instagram adopters in the industry shared with panel moderator Katie Kossev, of The Kossev Group, their tips and tricks for using Instagram effectively to nurture their business in a panel called “Spinning Instagram Gold” and a workshop entitled “How to Maximize Your Instagram Engagement.”

How the pros make their content as valuable as gold

Seth O’Byrne of the O’Byrne Team at Compass, Erica Collica of Max Broock Detroit, and Farrah Brittany of The Agency, who participated in the panel and workshop discussions, all mentioned that being early adopters of the social media platform and steadily growing their following over the years has played a significant role in their success.

O’Byrne and Brittany have also participated in real estate reality TV shows, which they noted also helped them gain a following and build their brand.

But something that all panelists discussed was the balance of integrating business with the personal on their Instagram accounts, and how the two can help each other.

People just love real estate,” Brittany said. “They love the industry, they love everything about it so when I started incorporating the real estate stuff [into my personal account] that’s when it started growing exponentially from there.”

Brittany, O’Byrne and Collica agreed that it’s important to make a good portion of their content personal on Instagram. While Brittany said she tries to divide her content equally between the personal and the professional, Collica said only about 20 percent of her content is professional, and O’Byrne said he posts twice as much personal content as professional content.

“People are on your account because there’s something unique about your voice and your page,” O’Byrne said.

Those personal topics are what draw followers to someone’s brand. Brittany said that she realized early on that her more personal posts seemed more authentic, which is what most people on Instagram crave. And once you gather those followers, and create a connection with them, they’re more likely to turn into business some day in the future.

Collica noted that when she recently created a story on Instagram with a photo of her feet in the stirrups during a visit to her gynecologist, she momentarily second-guessed her decision to be quite so candid and authentic, but ultimately decided to publish it, and received a great follower response.

“My DMs went off the charts,” she said.

In addition to cultivating authenticity on Instagram, the three panelists also emphasized the importance of creating content with value that will educate followers.

O’Byrne gave a recent example where he, his team and their stagers created an eight-video series explaining a little bit of the history behind different design periods and styles of homes to both educate his followers and show them all they can do when staging a home.

Brittany added that she helped cultivate engagement among her followers by really listening to what they were saying to her and responding accordingly through her content.

“I actually listen to my audience,” Brittany said. “I made that shift … and found that my audience were a lot of other real estate agents.” Now, she said, a lot of her content is based on imparting wisdom to her followers, which she does through Q&As, Ask-Me-Anything-style content and then reposting it elsewhere.

Something a lot of Instagram novices worry about is knowing what to say and do when using the platform, but the experts said, don’t think too hard about it.

“None of us know,” Collica said. “The rule that I live by is really to just be myself.”

Brittany echoed Collica, saying, “I always second guess everything,” but said she does continually create notes for herself about new content ideas and works them into her Stories and Reels when they’re timely.

“My trick is just don’t overthink,” she added.

O’Byrne said he employs someone to specifically help him manage his social media accounts, who assesses his analytics, keeps him accountable and gives him constructive feedback. “She’s sort of like my drill sergeant,” he said.

While O’Byrne said he likes to see the data behind his content, he also tries to avoid creating content solely based on what kind of response he anticipates from followers.

“I try not to just post stuff that I think is going to be good engagement … being obsessed with comments is not only the way to do social media wrong in some ways, I think it’s also just a way to drive yourself crazy,” he said.

O’Byrne added that he thinks about Instagram accounts that make him feel good, and tries to replicate that with his own content, including using the occasional motivational meme, which might seem slightly cheesy, but he said was effective.

“It’s also just a really polite way to be on social media,” he added.

Brittany said that she routinely looks at her Instagram Insights so that she can be in tune to her follower’s activity.

“It’s important to see when your followers are most active on the platform, although I have noticed it doesn’t always necessarily coincide with how many likes you get,” she said. She noted that another one of her best practices is to respond to as many DMs, as direct messages are known, as possible, because Instagram will promote accounts with high DM response rates more than those with very low response rates.

A lot of Instagram users might lean towards using one of the platform’s functions more heavily than others — for Brittany, she said she tends to prefer Stories and Reels — but, Brittany also said it’s important to take advantage of all of the platform’s offerings in order to maximize engagement.

One of O’Byrne’s pro-tips is to hit the 0.5 feature when he uses his iPhone for videos on Reels because it gives the video an appealing wide angle, and also stabilizes the video.

Kossev also asked the three Instagram pros to address how self-conscious individuals can can combat feelings of intimidation or inferiority so that they can take advantage of the platform, too.

O’Byrne revealed that a lot of times when he’s feels self-conscious about looking tired on camera, he tends to wear sunglasses while filming. But, although sunglasses might conceal tired eyes, they also make it more difficult for followers to connect with you.

“What I’ve noticed is, my content actually performs much worse when I put sunglasses on,” O’Byrne said.

“We think people connect with us when we’re at our best, but that’s not really when humans connect,” he added.

In closing, Brittany and Collica stressed that Realtors wanting to become more active on Instagram should be themselves and not try to plan out every detail.

“Ultimately, it’s just stop caring about what other people think and be yourself,” Brittany said.

O’Byrne said that agents should adopt the mentality that they are really marketers who also happen to do real estate — and so, adoption and optimization of platforms like Instagram is essential to staying relevant.

“[Being on] Instagram is vital to our survival,” he said. “It is the core of our business now.”

Home with rows and rows of storage goes viral on TikTok

5 ways agents can boost their profitability

WATCH: Hot market forecast: What to expect this summer