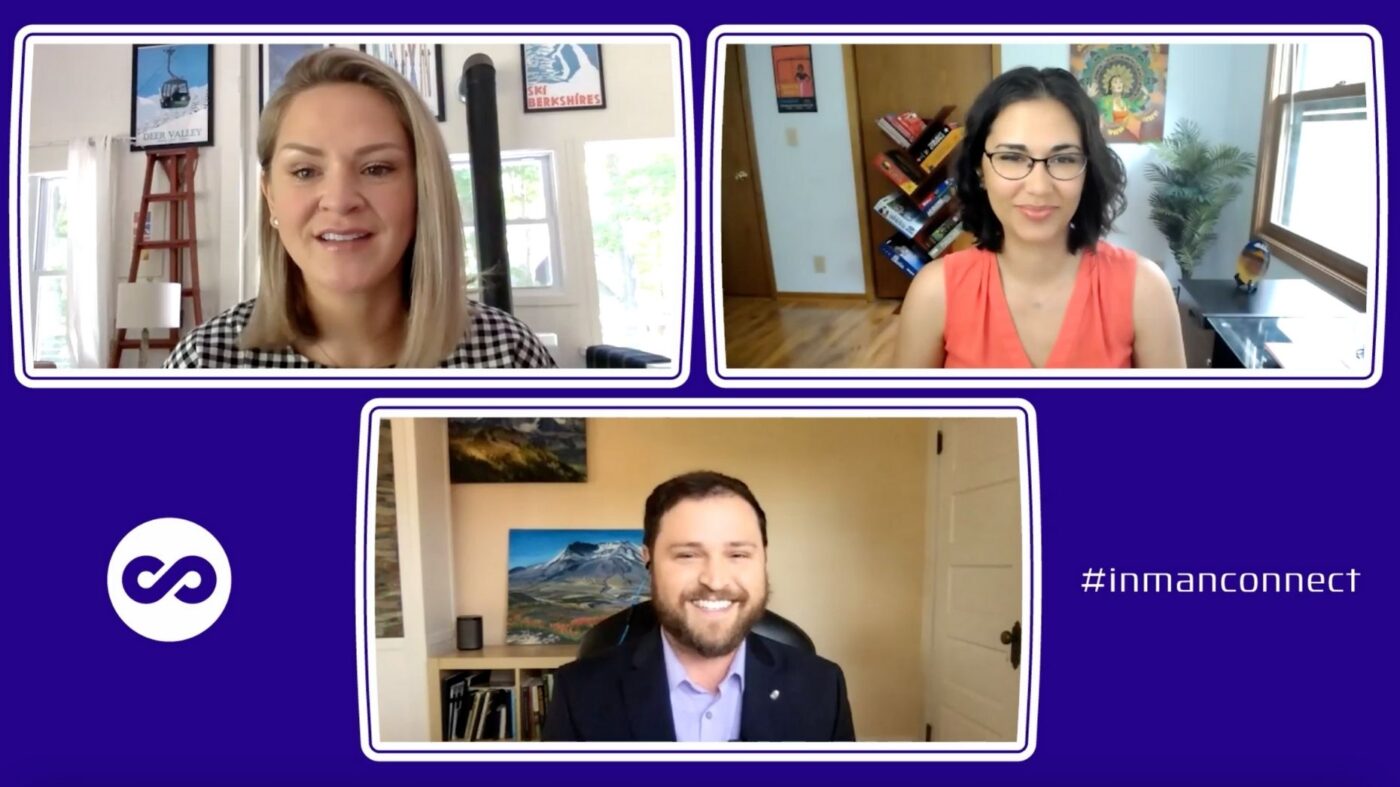 Daryl Fairweather of Redfin and Jeff Tucker of Zillow said the market would still continue to be strong through the end of 2021.

This year’s real estate market has been roaring so far, which has many industry professionals wondering where this summer’s market will go from here.

Katie Kossev, of The Kossev Group, dove deep into this question with Redfin Chief Economist Daryl Fairweather and Zillow Senior Economist Jeff Tucker during a panel at Inman Connect on Wednesday. Fairweather and Tucker agreed that the market would still continue to be strong through the end of 2021, but it may not be quite as hot as it was earlier this year.

“2021 has started off with such an intense bang and the housing market really got untenable for a while there,” Fairweather said. “I think now the housing market has kind of reached its maximum temperature. I’m really watching closing to see what happens next.”

“We’re seeing pretty similar things here at Zillow,” Tucker added. “This is the hottest housing market on record. The speed of the industry has increased dramatically. We seem to be near the bottom for inventory. We’re finally seeing just a few more options out there in this kind of drought-parched landscape. So that seems to be bringing a little bit of balance back to the market where it’s not just 100 percent of the negotiating power on sellers’ side. Nonetheless, the pendulum I don’t think is going to swing entirely in the other direction.”

Given skyrocketing home prices and continued bidding wars, Kossev asked the two economists if buyers should continue to try their luck in this market, knowing they will need extra cash on hand, or just wait it out until things cool down a bit more.

Fairweather and Tucker agreed that while deciding to buy versus stepping back into the sidelines was a very personal decision, there were reasons on both sides to make either choice.

“I would have to know exactly what situation you’re in,” Fairweather said. “But if you love the home and can see yourself being there five years, buy.” She added that the majority of price appreciation that is going to happen in the market has likely already come to pass, and probably won’t escalate rapidly in the next few years.

“I do think if you have the ability to wait on the sidelines a bit, you’re likely to see more options,” Tucker pointed out. “You’re probably a little less likely to face fierce competition in the fall.”

However, Tucker also noted that a lot of buyers are facing an urgency to buy for a variety of life factors, including millennials who are starting to enter the market in greater numbers now because they are creating families or now need a home office. Fairweather added that people are continuing to figure out what their post-pandemic lives will be like as they reassess how they want to live in this new world, so moves will likely continue.

“I think that the generational effects that are in place are going to continue to bring demand,” Fairweather said. “There’s going to be more millennials willing to make the jump. I do think the pandemic jump started it a bit, or at least compressed those decisions, but I don’t think the trend is over.”

Kossev, Fairweather and Tucker also speculated about how the second home market might change in upcoming months, in the wake of a pandemic-fueled surge in demand in second homes, which in turn spurred escalating prices in second-home markets. Kossev wondered if those markets might actually be primed for a decline in home values once the surge in demand had cooled.

“These smaller markets can be a lot more volatile because there are so few homes on the market,” Tucker said. “So a surge in demand can just cause prices there to go bonkers.”

However, Tucker added that it’s hard to determine at this point whether the rise in popularity of second homes will be a longstanding trend, or if it was a pandemic “flash in the pan.” If remote work or hybrid work policies are truly here to stay, Tucker said the value of owning a second home “dramatically increases,” and may spur people to spend more time at their second homes in general, which would prevent those second home market values from crashing.

In terms of a forward look at mortgage rates, Fairweather and Tucker both suggested rates would likely increase moderately over the next several months, but wouldn’t probably escalate beyond about 3.5 to 4.0 percent through the end of 2021.

“Investors seem to have digested the news of the post-pandemic recovery growth path,” Tucker said. He added that Zillow’s economists still weren’t seeing any indicators at this point that would suggest a long-term trajectory of inflation in the market.

In conclusion, Fairweather and Tucker spoke about how the market seems to be at a turning point, with mortgage application volume down and sales volume slowing, which could either mean that buyers’ appetites for the market is cooling, or that the lack of inventory is starting to become more prohibitive for buyers.

“We’re paying a lot of attention to the early indicators because we do feel like we’re in this moment where the housing market could be shifting,” Fairweather said. She added that it felt like the spring market came early this year, and buyers have started to move on, with many enjoying leisure activities now that COVID restrictions have eased.

“The volume of sales, and frankly the growth rate of sales volume, this spring was a bit of a downside disappointment,” Tucker said. “So we’re trying to get a handle on that and certainly trying to gauge how much of that is a supply-side issue of not enough listings out there versus a demand-side issue.”

Tucker added that sales volumes are still relatively high, they’re not quite as “gangbusters” high as they were through winter, defying seasonal patterns. Still, he said the raw price index continues to set new records for growth, one of biggest data points that suggests market demand isn’t waning, but some buyers are reaching their affordability ceiling.

New Insights into Luxury Connect: Who’s speaking and about what?