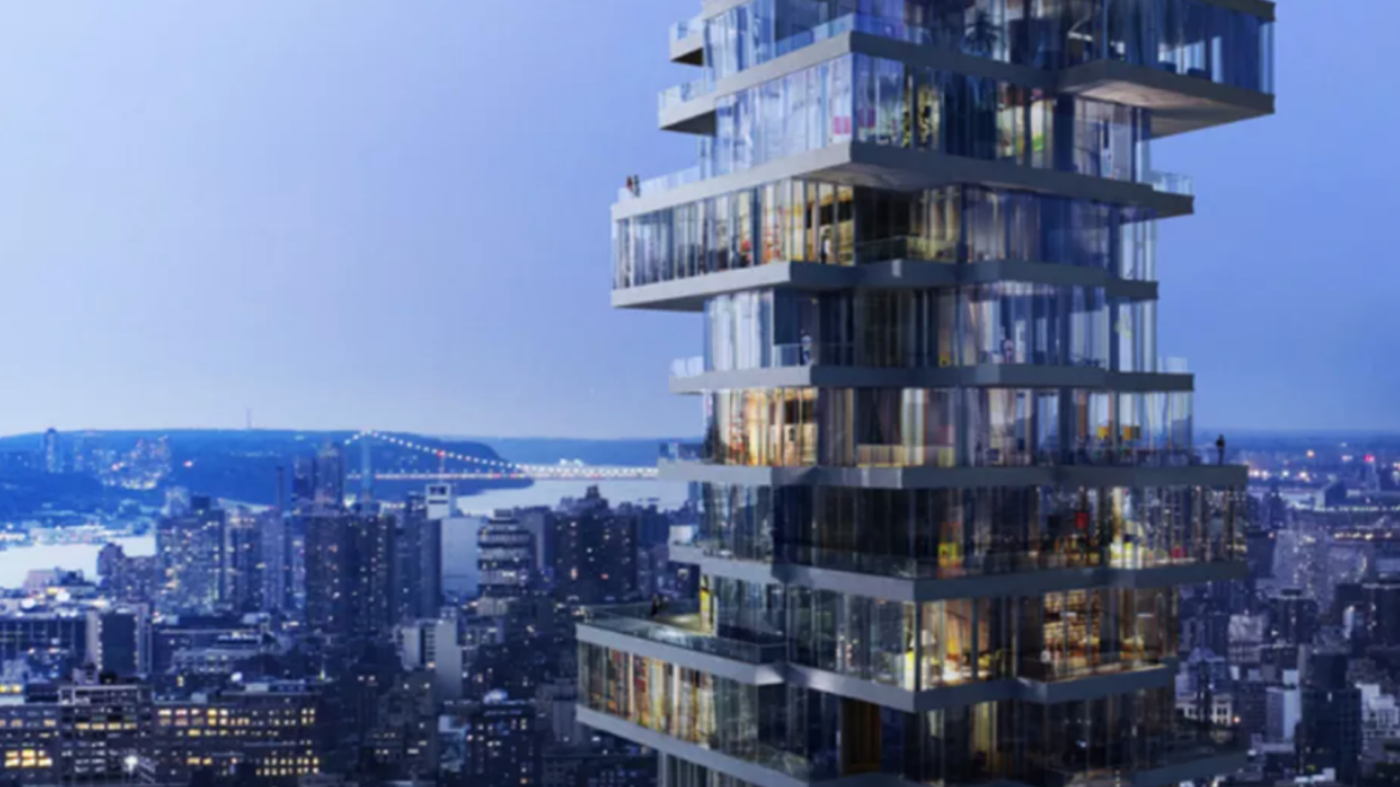 The penthouse of the aptly nicknamed “Jenga Building” looking over New York’s Tribeca is under contract to sell for $50 million.

The 7,779-square-foot unit at 56 Leonard St. has been picked up by an unidentified buyer in what could shape up to be the most expensive sale in downtown Manhattan this year, according to the New York Post.

Designed by top Swiss architectural firm Herzog & de Meuron and named the “Jenga Tower” for the way the different units resembled stacked boxes in the sky, the 60-story glass building was completed in 2017 and has sold its 45 units for between $3.5 million and $50 million.

The same penthouse last sold for $47 million in 2013 to a hedge fund manager and now sold for the same price it was listed eight years ago, indicating the way ultra-high-end properties do not appreciate in the same way due to the very limited number of potential buyers.

The listing agent was Clayton Orrigo of Compass while the buyer was protected by an LLC and anonymity contracts. The apartment sits at 7,779 square feet and has 19-foot ceilings, white oak and stone floors and three terraces at 1,252 square feet overlooking the downtown port and the city.

Along with being the tallest building in downtown Manhattan, the Jenga building includes a 75-foot infinity pool, spa, sauna, sun deck, two movie theaters and 10 elevators. Among its residents are the musician Frank Ocean and Keegan-Michael Key, who along with Jordan Peele, created and starred in Comedy Central’s “Key and Peele’ comedy show. The latter recently listed his apartment at the building for $5.5 million.

Got your first celebrity client? 6 tips for making an impression
Back to top
The best of real estate is gathering in Las Vegas NEXT month! Grab your ticket before prices go up on October 1.Register Now×
Limited time: Get 30 days of Inman Select for $5.SUBSCRIBE×
Inmanpot
Log in
If you created your account with Google or Facebook
Don't have an account?
Create an Account
Forgot your password?
No Problem