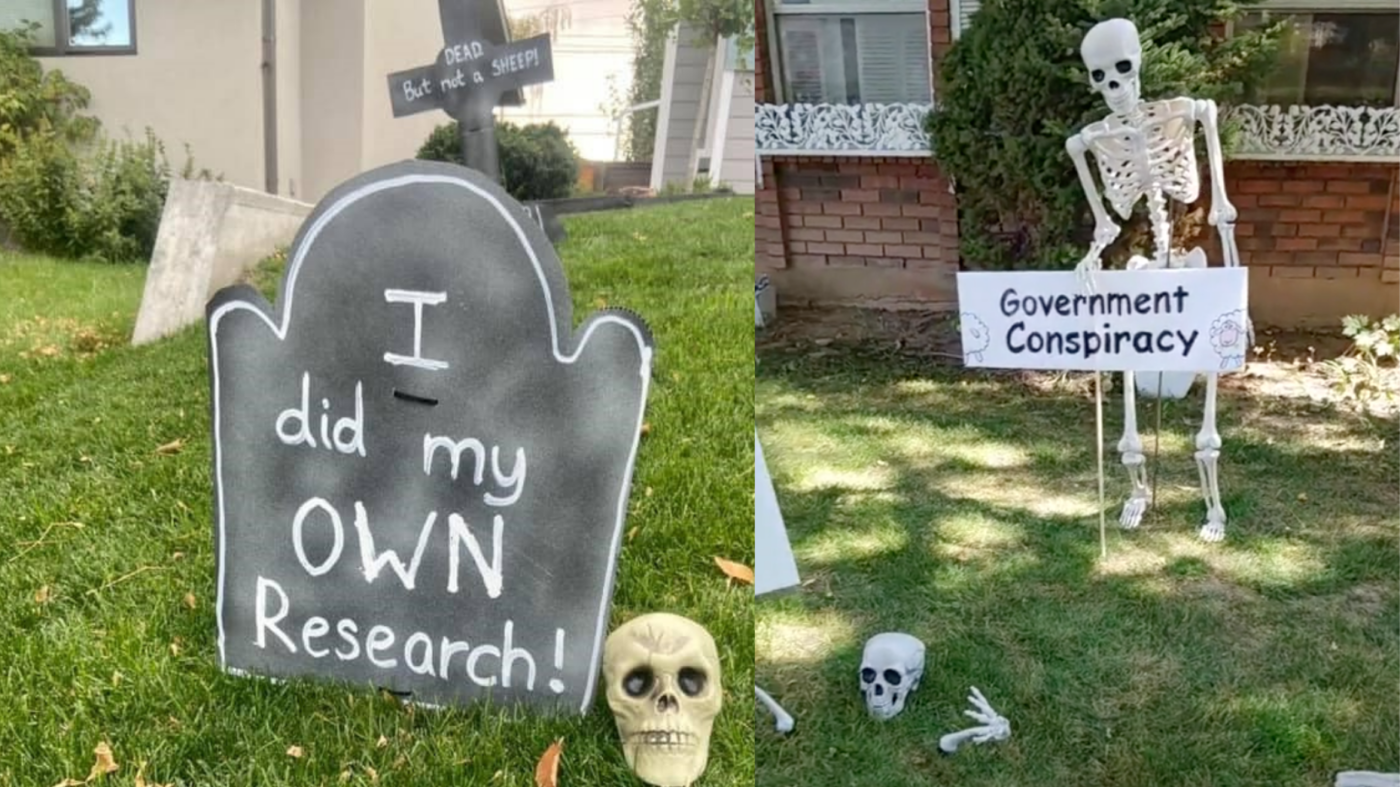 Across the continent, devilish homeowners are using Halloween as an opportunity to “poke” fun at COVID vaccine opponents with a series of fiendish holiday displays — and the politically charged decorations are drawing fans and critics alike.

In Canada, one Twitter user showcased a series of human skulls situated next to front-yard gravestones inscribed with epitaphs such as, “I did my own research” and “Trusted Ivermectin more than science,” referring to a medication used to deworm horses that has been popularized by critics of the Pfizer, Moderna and Johnson & Johnson coronavirus vaccines.

The joke, tweeted by user @MeanwhileinCanada, suggests that, beyond ghouls and goblins, the truly terrifying phenomena this year is COVID’s lingering spell over anti-vaccination critics who distrust science. Shaped like a cross, another tombstone reads “DEAD. But not a SHEEP!”

In the United States, 57 percent of people have been fully vaccinated since vaccines became widely available earlier this year, leaving around around 120 million people exposed to the virus despite rising hospitalization rates and restrictions on dining in and accessing various indoor activities without the shot.

While unclear who decorated the display, the playful Halloween jab has been gaining traction online after yet another display was broadcast on Twitter and TikTok by user @lindamcafee3. The TikTok video of the signs now boasts more than 3 million views and 400,000 likes. That display includes tombstones declaring excuses including, “Government Conspiracy” and “I refuse to live afraid,” all naturally situated next to skeletons.

In North Carolina, meanwhile, Jesse Jones, an attorney in North Carolina, drew headlines with his similar display this summer of a 13-foot-tall skeleton adorned with a sign reading, “Not vaccinated — see you soon idiots.”

“My wife lost her mother due to COVID and she was a woman who spent her entire life looking after people and she died completely alone in a hospital room not being able to see one relative for 14 days,” Jones told FOX 5 KVVU-TV in Las Vegas. “It was a nightmare.”

While online, most Twitter users have declared the displays hilarious and relevant to the current climate, critics argued the Halloween decorations are in poor taste, adding that the sarcastic tone was insensitive not to anti-vaxxers but to those who lost family or friends during the pandemic.

“Anti-vaxxers please scroll on,” Linda McAfee wrote under her TikTok video. “I’m getting tired of blocking people. Go back to Facebook and fight there.” 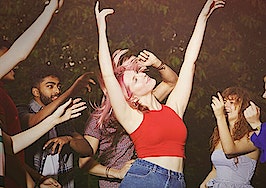 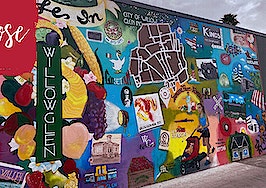 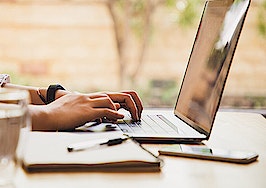 'Profit is in the details': How to make your CRM pay off 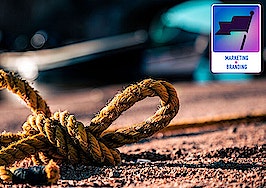 'Party with the beast': RE/MAX CEO Adam Contos on his book debut

Top Las Vegas agent charged with setting his own home on fire
Back to top
The best event in real estate kicks off next week! Tickets are selling quickly.Register Now×
Limited time: Get 30 days of Inman Select for $5.SUBSCRIBE×
Inmanpot
Log in
If you created your account with Google or Facebook
Don't have an account?
Create an Account
Forgot your password?
No Problem