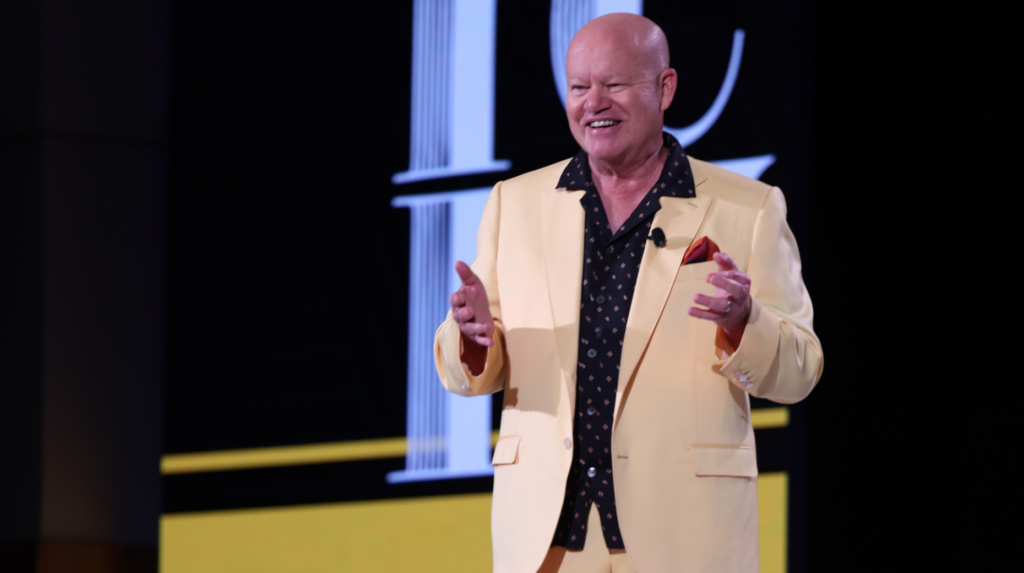 The real estate industry has been in an era of rapid digitization for the past decade, and venture capitalists are pushing fast-forward on a future where transactions are as simple as buying a new car. Although that future terrifies most agents, Inman founder Brad Inman says it holds plenty of opportunity — if you’re open to it.

The real estate industry has been in an era of rapid digitization for the past decade, with proptech platforms, fintech companies, tech-focused brokerages and venture capitalists pushing fast-forward on a future where homebuying and homeselling could be as simple as purchasing a new car. Although that future terrifies most real estate professionals, Inman founder Brad Inman said it holds plenty of opportunities — if you’re open to it.

“[Millennial homebuyers] are swiping their way to a closing, and you want to be in that swipe,” Inman told the Inman Connect Las Vegas crowd at the Aria on Wednesday. “This is your time. You are smart, you’re opportunistic. You’re gonna see all the new technology, [and] you’re not too afraid of transactional stuff because you know what’s happening.”

Inman said consumers have reached the tipping point with technological innovation, as evidenced by Americans clamoring to purchase a Tesla or dreaming of the day they can purchase a ticket to space with Space X or Blue Origin. “This kind of rumbling innovation always happens,” he said. “But the question is when will consumers adopt it? When will be that tipping point when consumers say, ‘I need an e-car?'”

“It’s hard to imagine people like me wanting an e-car, but the fact is that it’s tipped — the public wants them, and they’re buying them,” he added.

Inman said the real estate industry has reached a similar tipping point, as venture-backed propetch and fintech platforms have used direct-to-consumer marketing to twist the homebuying or homeselling pipeline — homebuyers and homesellers can jumpstart the transaction process before their first meeting with a real estate agent.

“[Digitization and innovation] is also changing relationships,” he said. “I’ll take you back to the 1980s in Oakland, California. Diane Rimer with Coldwell  Banker was my Realtor; an exceptional Realtor I used her for many years after that. Diane found the house, and I said, ‘I need a loan,’ and she said, call John McCarthy. He was the mortgage broker.”

“So what was the secret? Diane set up the transaction, and she represented me. She had the eyeballs, she had the consumer,” he added. “But now look at Rocket [Mortgage]. I’m eventually going to Rocket, right, and what Rocket Mortgage do? They say, ‘OK, you’re ready to go. You’re prequalified.'”

Inman said the subtle reversal in the real estate transaction process has put agents on edge, as venture-capitalist-backed proptech and fintech companies, such as Compass, Zillow, Opendoor, Side and Tomo, utilize billions of dollars of “cheap money” to supercharge their growth plans, pump out innovative tools and platforms, and directly connect with consumers.

“What’s one common denominator? Cheap money. With the money that’s given to a guy like Elon Musk and many entrepreneurs out here — millions and billions of dollars to innovate with no expectation by those investors than in that one individual deal. They’ll get their money back,” he said.

Most real estate brokers, Inman said, don’t have access to the capital needed to go toe-to-toe with industry disruptors and innovators who are digitizing the “micro-steps” in the real estate transaction process that create speed, efficiency and lower costs for consumers.

“Now imagine if you are a real estate broker. You can’t get what I’m going to call here, almost free money, cheap money,” he said. “You have to go to a banker, you have to have collateral, and you have to pay it back. If you don’t pay it back. You’re going to take all that shit you put up as collateral, right?”

“We have cheap money. We have innovation. And in our world, we have digitization, all of which are becoming radical changes to the industry,” he added. “I know some of you that gives you shivers, and if you say, ‘I’m irrelevant if it’s transactional,’ then you’re missing the boat. It’s becoming transactional in ways that are helping you every step of the way.”

Instead of ignoring the changes afoot, Inman said real estate professionals need to learn how to wield the tools and platforms available and shift from a relationship-based value proposition to the value they offer as a representative.

“The main thing is relationships in the future may not be all there is to your quality work. You now have to add representation; and since representation isn’t being defined for you, you have to define it,” he said. “And you know what, that’s good. For the first time, real estate professionals can start tooting their own horn, they could start telling people what they provide and what services come with them representing their clients. You’re all too humble.”

“You’re too humble to explain how hard you work and how you’re there all the time,” he added. “Well, now you may need to [explain] because you may need to articulate how representation works, what services you offer, and even how you’re getting paid. So you need to find [consumers], and you need to communicate with them.”

Beyond the adjustments individual real estate agents need to make, Inman said the industry has some work to do on a macro-level in terms of making multiple listing services (MLS) more effective and resourceful for agents, and getting rid of industry practices that disadvantage agents and consumers.

“The broker cooperation business model safeguarded your relationships; it secured you so you could focus all of your resources on relationships,” he said. “Now what’s happening is we are changing that. The first thing that happened is you all decided pocket listings and dual agency was really the cool way to work.”

“You thought, ‘It perfectly works for me, it works my customer, and it’s really the way out. But you began to drain your own life. You began to look at the world of real estate too often and too much in probably a self-serving way, and you begin to rationalize their decision to consider,” he added. “You’re not a bad person, and by the way, you may completely disagree with me. That began to erode the very secure and safe place of broker cooperation.”

Inman said the fracturing of the broker cooperation model has led to a weakened MLS system. “Those practices diluted the value of the MLS, and not that the MLS is perfect — these are a bunch of fiefdoms wasting your money right now, but it is a comprehensive database of listings for your consumer.”

Those issues, paired with the battle between the National Association of Realtors, the Federal Trade Commission and Department of Justice has created “a perfect storm” that will shake how the real estate industry operates and how everyday agents will be able to handle the future.

“Your peers and elders are wasting way too much time debating which seat they want on the rocket ship. They’re sitting around arguing,” he added. “My challenge to you is: Let’s work together. Let’s grab a seat rocket ship, buckle up and take off. When there’s transition and change, people are needed more than ever.” 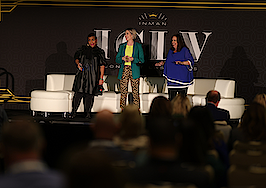 14 ways to supercharge your social media strategy for 2022 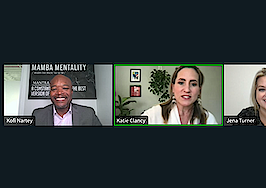 WATCH: Sean Black and Spencer Rascoff talk Zillow
Back to top
Hear from Realogy, Pacaso, SERHANT., Spotify, Redfin, Douglas Elliman, and 100+ more leaders at ICNY.Register now×
Limited time: Get 30 days of Inman Select for $5.SUBSCRIBE×
Inmanpot
Log in
If you created your account with Google or Facebook
Don't have an account?
Create an Account
Forgot your password?
No Problem