The iBuying giant earned $3.8 billion in revenue between October and December last year. The latest numbers highlight the uniqueness of Opendoor’s growth strategy.

Opendoor, the largest iBuyer in the U.S., saw its revenue spike more than 1,400 percent during the fourth quarter of 2021, with similar percentage gains in the number of houses it sold — though its net loss also climbed compared to a year earlier.

The company’s latest earnings report, published Thursday, shows that Opendoor brought in $3.8 billion between October and December of last year. During the same period one year earlier, the company earned $249 million in revenue, meaning it achieved a year-over-year revenue increase of 1,435 percent.

Despite those major gains in multiple categories, Opendoor also saw its net losses rise. In the fourth quarter of last year, it lost $191 million, significantly higher than the $54 million the company lost during the final three months of 2020. And for the entirety of 2021, the iBuyer lost $662 million, up from $253 million in 2020. In the report, Opendoor said the 2021 losses were “primarily driven by non-cash stock based compensation of $536 million versus $38 million in 2020.”

The report highlights the vastly different approach Opendoor is taking compared to Offerpad and Redfin — the two remaining major iBuyers after Zillow opted to bow out of the home flipping business last fall. Specifically, Opendoor is operating at a massive scale and selling far more homes than any other player. And as a result, its year-over-year quarterly revenue gains this earnings season have blown competitors out of the water. As real estate analysts such as Mike DelPrete have noted, a company like Opendoor needs, and is in pursuit of, scale. And this latest earnings report suggests its scale is in fact increasing dramatically.

On the other hand, the latest earnings report from Offerpad — now the second largest iBuyer after Zillow’s exit — shows that it is operating more conservatively. It has a significantly smaller scale — the company bought 3,049 homes and sold 2,423 in the fourth quarter of 2021 — but also managed to turn a profit.

Redfin has similarly pursued a more conservative course in its iBuying business, with CEO Glenn Kelman often framing the practice as ultimately a niche service. To wit: In the fourth quarter, Redfin only sold 600 homes via its iBuying business, a vastly smaller number than Opendoor is doing.

Opendoor, then, is clearly pursuing its own strategy, chasing growth and size on the assumption that bet will pay off down the road. 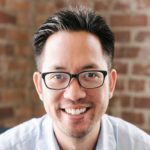 In Thursday’s earnings report, company founder and CEO Eric Wu celebrated Opendoor’s latest earnings, saying “we saw a significant and durable shift in demand for our digital product, demonstrated our market leadership, and delivered exceptional results.” He also argued that “we are still just scratching the surface of our opportunity to transform one of the largest, most antiquated industries in the U.S.”

Analysts had predicted Opendoor would report $3.18 billion in revenue during the fourth quarter of 2021, meaning the company ultimately beat expectations.

Heading into Thursday’s earnings report, Opendoor shares were trading just below $11. That was up for the day, but around a third of what shares were fetching a year ago when Opendoor and many other real estate companies hit all-time highs.

Following the publication of Opendoor’s earnings report Thursday, shares fluctuated in after hours trading. By the conclusion of the company’s investor call they were trading for just over $10. 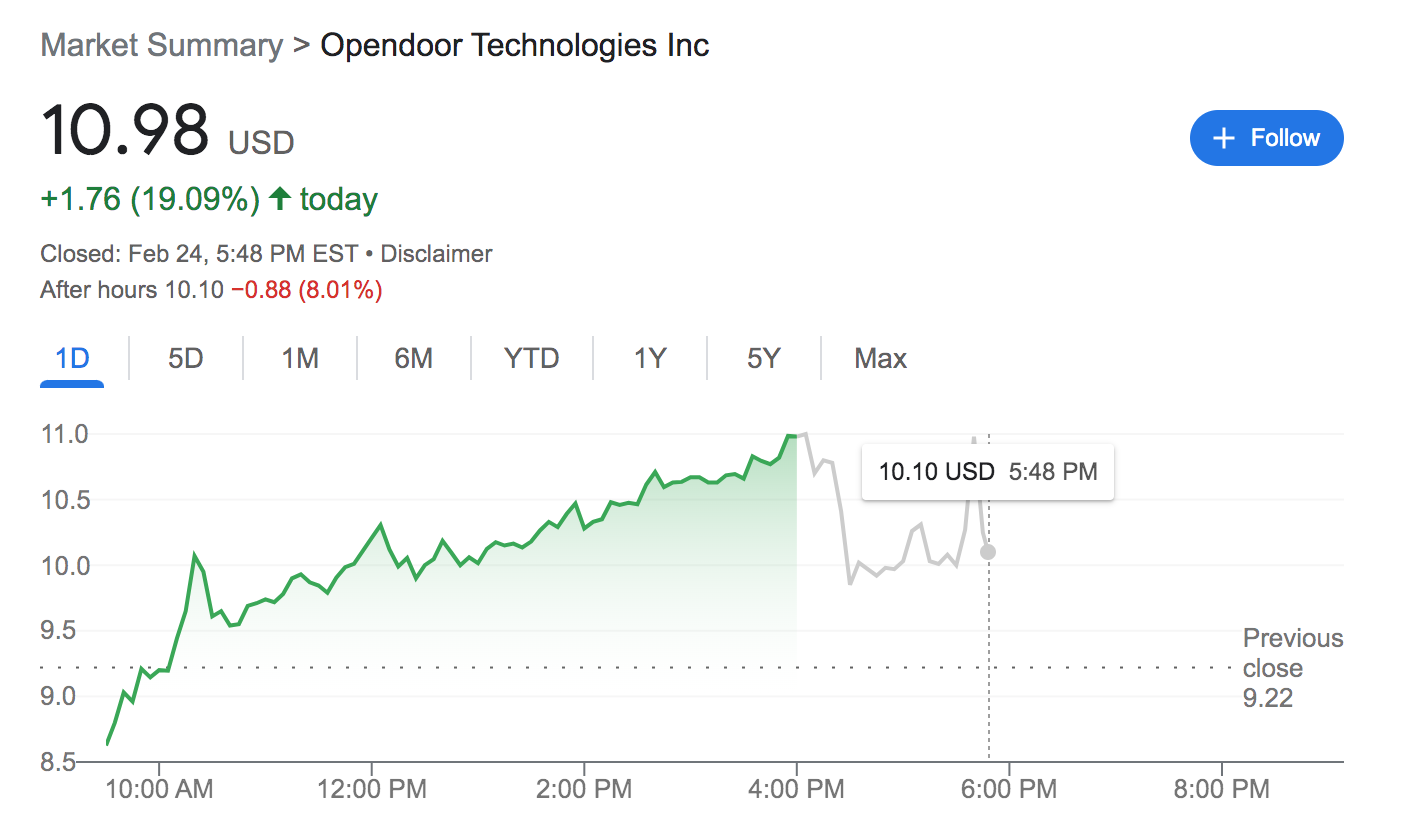 Opendoor had a market cap of approximately $6.54 billion as of the time the markets closed Thursday.

Opendoor last reported earnings in November. At the time, the company revealed it had brought in $2.3 billion in revenue during the third quarter of 2021, which was up from about $339 million one year earlier. The company also reported a net loss of approximately $57 million during the quarter, down from $81 million during the same period in 2020.

During Thursday’s investor call, Wu said Opendoor plans to continue expanding geographically, as well as toward the goal of making Opendoor offers a reality for every homeowner in the U.S. Wu went on to argue that all homeowners would like to begin their real estate journey knowing what kind of offer they could get from Opendoor.

“Our sights are aimed at the 99 percent of transactions that are offline,” he added.

Wu also specifically said Opendoor sees repeat customers who bought via Opendoor but haven’t sold yet through the company as a potential source of new business.

“One of the things we’ve been surprised by is our ability to reengage previously registered homeowners,” he said. 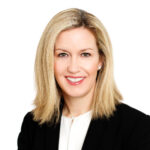 Opendoor Chief Financial Officer Carrie Wheeler also spoke during the call and said that “we’re seeing incredible demand for homes.” She noted that inventory is currently lower than ever before, and even with interest rate increases Opendoor expects the housing market to stay strong in 2022. However, whatever happens, she suggested Opendoor will be able to adapt.

“We’re designed to respond to whatever environment we’re working in,” Wheeler said, adding at another point during the call that “we feel really good about where we ended the year.”

Wu ultimately struck an upbeat tone about the future in the report, arguing that “Opendoor’s digital, seamless experience is and will continue to be what consumers choose now and for decades to come.”

“It is our fundamental belief that in a matter of years,” Wu said, “millions of homebuyers and home sellers will pick a simple, certain, and fast experience and transact themselves, completely online.”

Update: This post was updated after publication with additional information from Opendoor’s earnings report, as well as with comments from the call company leaders held with investors. 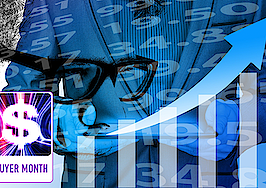 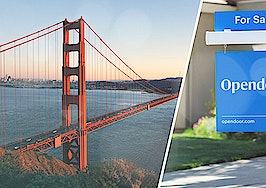 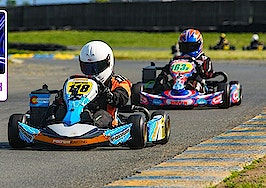 Offerpad turns a profit and tallies a revenue spike in Q4 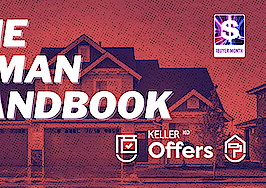 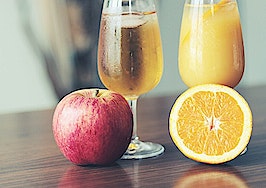 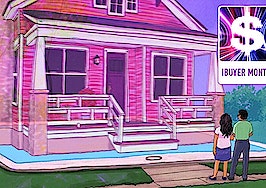 Q4 reveals strong growth for iBuyers, Power Buyers: zavvie
Back to top
Only 3 days left to register for Inman Connect Las Vegas before prices go up! Don't miss the premier event for real estate pros.Register Now ×
Limited Time Offer: Get 1 year of Inman Select for $199SUBSCRIBE×
Inmanpot
Log in
If you created your account with Google or Facebook
Don't have an account?
Create an Account
Forgot your password?
No Problem